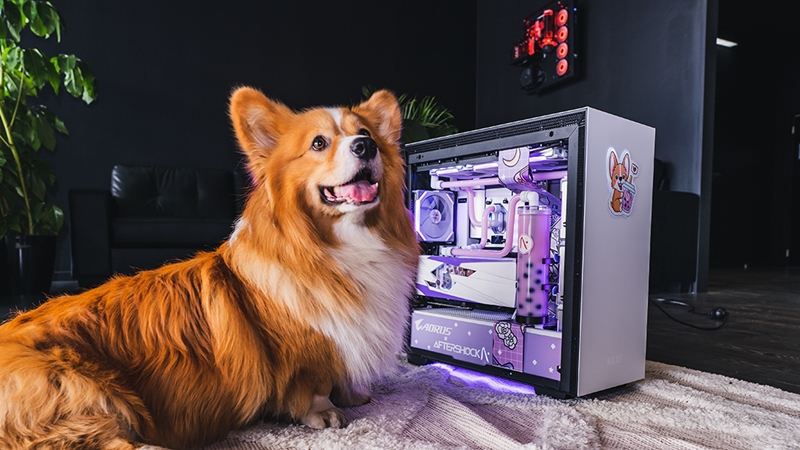 I've been really busy lately. And by that I mean I've been tempted to buy lots of cool crap. From anime figurines to that long-delayed back rub and of course the latest SSR banner in Fate/Grand Order, it has indeed been difficult deciding what's really worth the dough.

But this...THIS is something that I would pay good money for if I didn't already have my own PC setup.

Aftershock PC is a brand that most of us, especially the gamer demographic should be familiar with, and although they're no stranger to receiving quirky build requests, their latest one really takes the metaphorical bubble tea, and it probably drank it too. 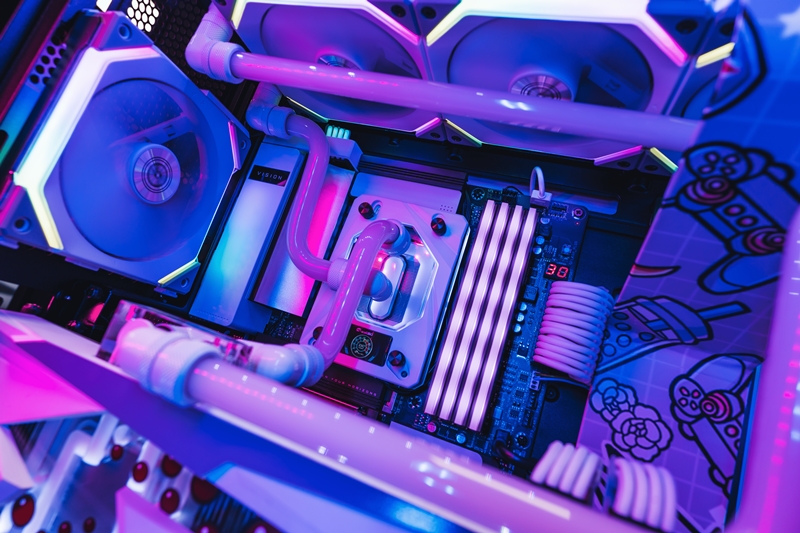 Putting aside the adorable loaf of bread in the cover picture, the PC builder recently rolled out a new bubble tea-inspired PC build which, in keeping with the likeness of a taro-flavoured cup 'o' goodness, features a light purple colouration and even a coolant tube with a number of artificial "pearls" floating within. Meanwhile, a bunch of cute, glow-in-the-dark corgi motifs (which is inspired by the customer's own furry companion) adorn the front and sides of this already-quirky build. 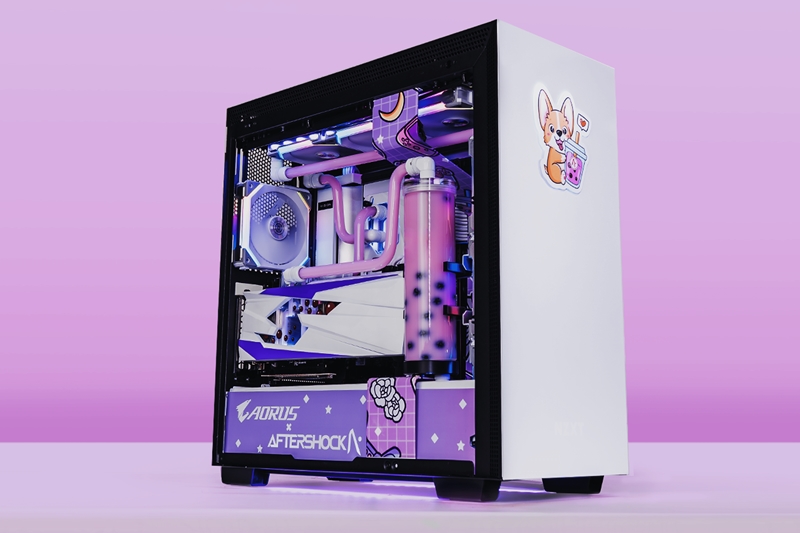 On the inside, Aftershock's usual handiwork shines through. Constructed using their Hypergate XL chassis as the base, the PC is actually equipped with some pretty powerful stuff, including an AMD Ryzen 9 5950X CPU, a Gigabyte GeForce RTX 3080 Gaming OC Waterforce graphics card, a Gigabyte B550 Vision DP motherboard and seven LianLi Uni fans, among numerous others.

Frankly, words can't even begin to describe the absurdity of this build request, though Aftershock naturally deserves all of the credit and then some for coming up with something like this. If anything, what we do know for sure is that this gamer is one heck of a bubble tea lover, and honestly, aren't we all?

Join HWZ's Telegram channel here and catch all the latest tech news!
Our articles may contain affiliate links. If you buy through these links, we may earn a small commission.
Previous Story
Purported iPad mini 6 cases reveal new design that fits Apple Pencil on the side
Next Story
Ragnarok X's crossover with That Time I Got Reincarnated as a Slime is now live