Adobe’s Creative Cloud 2015 just grew bigger, as they ship more content for their creative suite – most or all of which is geared towards an easier time for creation. Updates include a variety of tweaks and new content, so without further ado, here is a quick list on the things to come.

Say goodbye to Flash Professional CC. Adobe, recognizing how Flash is making way for HTML5 and open web standards, is now bringing us Adobe Animate CC, which is a new name for Flash Professional CC. The program has been re-written from ground up, and now touts native support for HTML5 Canvas, WebGL, SVG and broadcast-quality video. Adobe Animate CC will continue to support Flash (SWF) and AIR formats. The name change and feature update will take effect in early 2016. 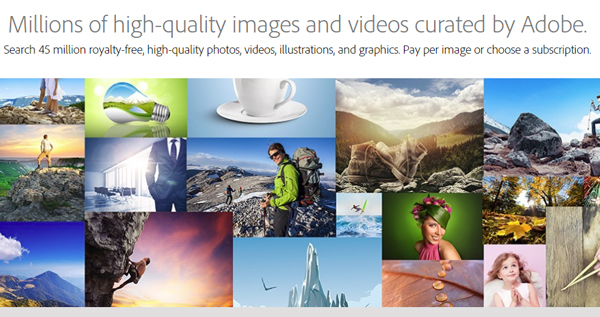 Adobe Stock is now available in Singapore. You can access 45 million assets, and one million HD video files for your creative work - Adobe Stock supports searches for, and browsing of assets directly from Creative Cloud Libraries, including new support for accessing stock within Dreamweaver CC. Adobe Stock is already integrated into Photoshop CC, InDesign CC, Illustrator CC, Premiere Pro CC and After Effects CC. The direct-access functionality will be coming to Muse CC and Animate CC in early 2016.

Integrated into Photoshop CC, the Adobe Fuse CC (Preview) artists and designers with no previous 3D experience can quickly assemble 3D designs, including characters with unique combinations of body parts, clothing items and texturing options. The Photoshop blog by Adobe has pictures of previews and content that Fuse CC (Preview) will bring.

Illustrator CC now sees a new Shaper Tool that lets you draw with loose, natural gestures that transforms into perfect geometric shapes. There are also new Live Shapes: Ellipses, Polygons and Lines, which are dynamically adjustable, allowing quick work on crafting vector shapes without having to apply effects or use other tools or panels. InDesign CC sees an improved Publish Online (Preview) that automatically converts your print layout to an online document that can be easily shared on Facebook and Twitter.

The October updates such as precise Dehaze in Lightroom CC. A new free app (that come with Creative Cloud subscription) includes Adobe Capture CC, which lets you use any smartphone-captured photo as a color theme, Look, vector graphic or unique brush. There’s also Adobe Photoshop Fix, an independent app download, which lets you have the basic tools such as Liquify for re-shaping, and Healing for spot removal, on top of the usual staples found in most free photo-editing apps. Both apps can automatically connect your work back to desktop apps via CreativeSync.

Join HWZ's Telegram channel here and catch all the latest tech news!
Our articles may contain affiliate links. If you buy through these links, we may earn a small commission.
Previous Story
Mark Zuckerberg gives away 99% of Facebook Shares, worth US$45B, for a better future
Next Story
OnePlus offers a sandstone case for the iPhone 6/6S, comes with a surprise gift