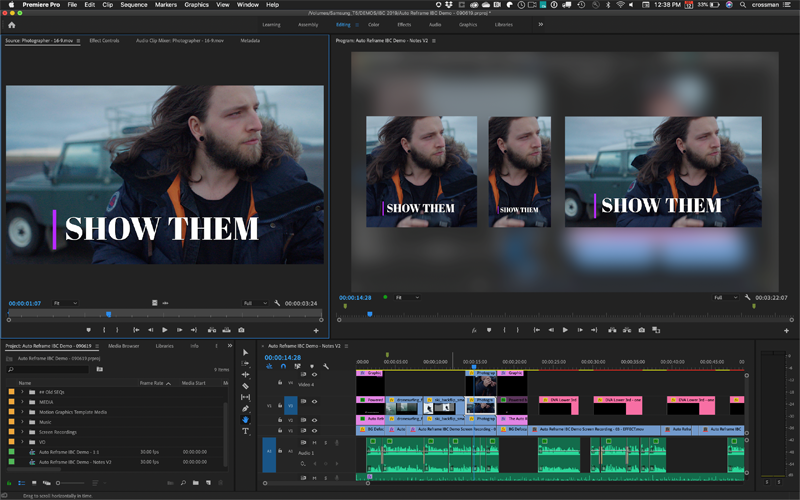 Adobe has announced a new Sensei-powered effect for Premiere Pro that’s called Auto Reframe. This new tool will automatically keep video subject in focus, while users change the aspect rations of their videos.

Auto Reframe is able to keep the video subject in frame while cropping and reformatting video footage for different aspect ratios such as “square to vertical to cinematic 16:9 versions.” This new upcoming feature is powered by Adobe Sensei and it builds on “over a decade of AI and machine learning capabilities….”

The user can apply Auto Reframe effect and it works seamlessly especially when there’s a single subject in the footage. Users are able to pick motion presets in order to prime the Sensei algorithm on how much motion to expect from the footage. For multiple video subjects, the user can manually select keyframes in order to have control over the final result.

The Auto Reframe effect also works with a sequence with many multiple clips containing different subjects. It will automatically create a new sequence and go to work accordingly. The company didn’t specify the exact release date of the new Adobe Reframe effect, it only mentioned that Adobe Reframe will be launched with Premiere Pro “later this year.”