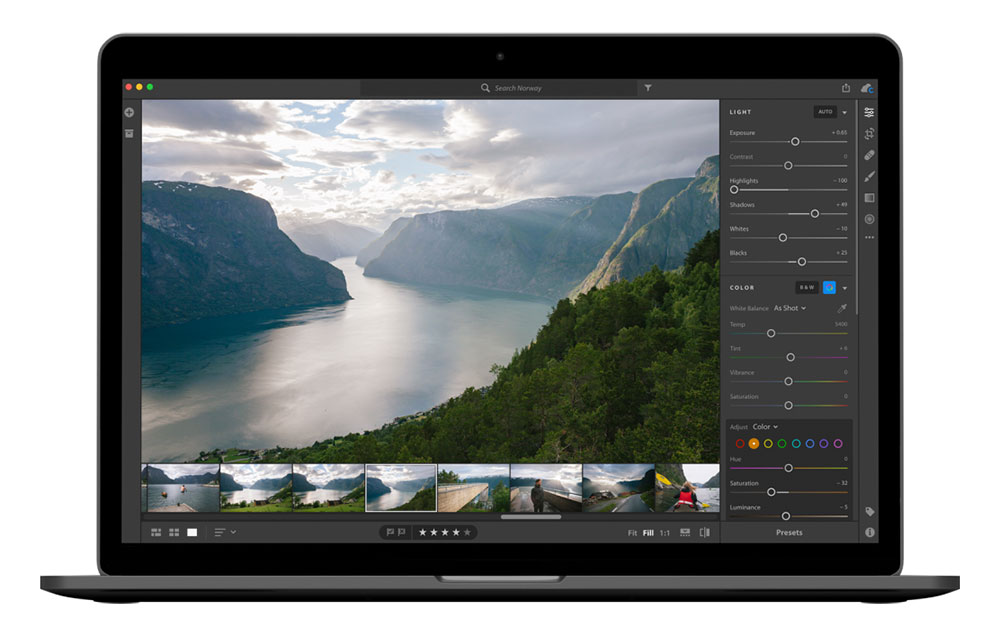 Adobe has just announced not one, but two new versions of Lightroom.

The brand new Lightroom CC is a cloud-centric desktop app for Mac and Windows — think of it as a version 1.0, ground-up redesign of Lightroom.

At the same time, the original Lightroom CC gets upgraded from version 6.x to ‘Classic CC.’

You probably saw this coming, LR CC and Classic CC are subscription only

And yes, they’re both subscription only. Lightroom CC 6.x is the last, stand-alone version of LR to offer a perpetual license, going forward, you’ll have to subscribe to Adobe Creative Cloud to use the latest versions of Lightroom (to be clear, Adobe will be updating version 6.x for bug fixes and camera compatibility until the end of 2017).

As for why Adobe is branching Lightroom into two separate branches, Adobe director of product management, Tom Hogarty, told TechCrunch that CC is a shift to allow LR to adapt to photography today, where users tend to take a lot of their photos on phones.

LR CC is a leaner, cloud-centric version of Lightroom

As such, LR CC syncs all your imported photos to Creative Cloud, where they can be accessed on Lightroom for iOS and Android, Lightroom Web, and also Lightroom Classic CC.

Whereas Lightroom CC 6.x and Classic CC can already sync photos to CC, they do so selectively.

Adobe says that Lightroom CC and Classic CC have both been reengineered for speed and performance, which is great for Lightroom users who have been complaining that LR has gotten slower over the years.

The new LR CC is supposedly even faster, as it was built for speed. It’s also sparser, with fewer of the features from LR Classic CC being ported over to LR CC. For example, the Library and Develop modules are combined in LR CC, and it currently has no Web, Book or Map modules. LR CC also does not offer tethered capture, and it only works with a single library, you can’t have multiple catalogs like with LR Classic CC.

For now, Adobe says that both LR CC and LR Classic CC will be actively developed, but it’s not hard to see that Adobe expects the new LR CC to be the future of Lightroom, and for LR Classic CC when LR CC eventually reaches feature parity. The name ‘Classic’ already implies its vintage pedigree.

(And if you aren’t already confused by the naming by now, I salute you.)

Here are the new Creative Cloud Photography plans at a glance:

Reading between the lines, it seems apparent that LR CC is an effort to become more like Apple Photos for the Mac and Google Photos for the cloud, a photo app for the everyday person who backups photos to a cloud management system. Because no matter how many working pros use Lightroom, there are far more non-photographers who could use a photo management app for their iOS and Android phones.

As for Lightroom going subscription only with the rest of the Adobe Creative Suite, it’s generating a lot of feels from the photography community. As a longtime LR user, I’m currently sorting it out myself, whether to stick with Adobe going forward or start playing around with non-subscription alternatives.

Join HWZ's Telegram channel here and catch all the latest tech news!
Our articles may contain affiliate links. If you buy through these links, we may earn a small commission.
Previous Story
Microsoft is bringing back the legendary IntelliMouse Explorer
Next Story
Samsung's Bixby 2.0 is coming to TVs and fridges