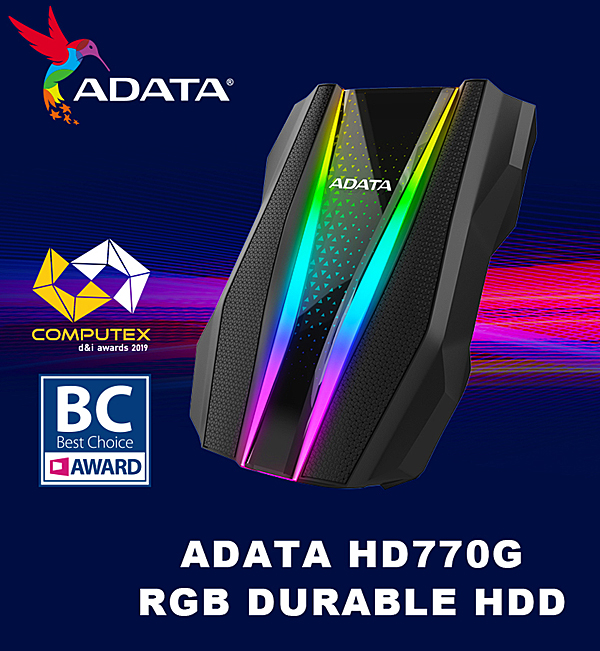 The ADATA HD770G is a military-grade ruggedized external HDD with RGB LEDs. Its accolades, awarded at Computex 2019, include the Computex d&I award for design excellence and a Best Choice Award.

Its exact hardware specifications aren’t revealed, but according to ADATA’s press release, the drive makes use of the “latest USB 3.2 interface”, and its storage capacity maxes out at 2TB. Its MIL-STD-810G 516.6 ensures its ability to survive drops from up to 1.22 meters.

We aren’t sure if its built-in RGB strips can withstand such a drastic fall from height, but your data should be still safe; in addition, the drive supports AES 256-bit encryption for data security. It’s also water- and dustproof for added protection.