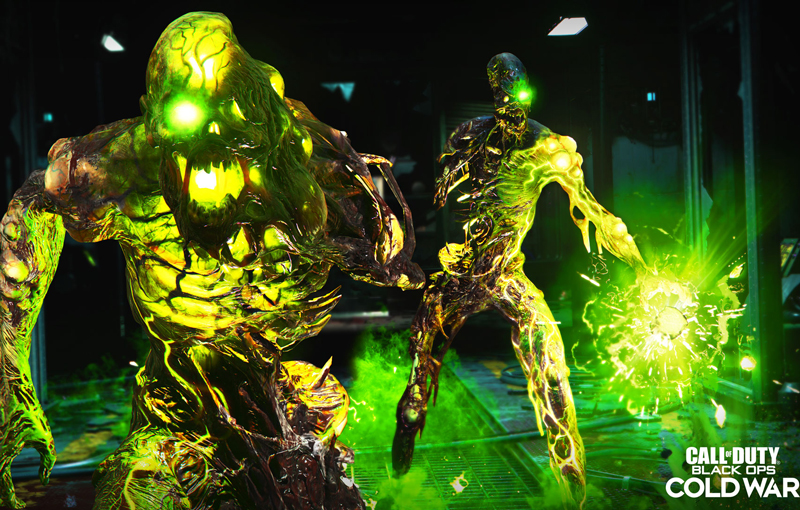 These zombies just won’t stay dead, will they?

Call of Duty: Black Ops Cold War’s multiplayer Zombies mode has been revealed! The series’ long-running popular multiplayer mode will return this year with four-player co-op, but with a couple of key changes. The story is headed to the 1980s, giving players an arsenal of weapons from the Cold War to use against bloodthirsty zombies.

The very first Zombies map featured in Call of Duty: World at War will return, in new form. This time, players will go to a very similar-looking map called Die Maschine, playing as members of a CIA-backed group called Requiem. A rival Soviet-led group called the Omega Group is also involved, and the two bump into hordes of zombies in Die Maschine.

Zombies mode is getting a couple of big changes in Black Ops Cold War. Progress will be unified across all of the game’s different multiplayer modes, meaning that players can bring their upgraded weapons into Zombies. They can now also start Zombies matches with an equipped loadout - so, no more starting off with a pistol and buying new weapons with cash later.

Field Upgrades will also be available, giving players abilities and special buffs to assist them in combat. Although weapon loadouts are now available, you can still find and craft special weaponry in Die Maschine - such as grenade launchers and explosive bows. Here’s the kicker, though: each Zombies match now has an immediate out. You can choose to exfil from missions if you ever get overwhelmed, and keep all your rewards without dying. This will increase zombie spawns for a short period of time however, so you’ll have to earn your survival.

Zombies will feature cross-generation, cross-platform play, which means that you can play the game with friends on any other platform the game comes out on. On that note, Call of Duty: Black Ops Cold War will launch on November 13, 2020 on PlayStation 4, PlayStation 5, Xbox One, Xbox Series X/S and PC.

Join HWZ's Telegram channel here and catch all the latest tech news!
Our articles may contain affiliate links. If you buy through these links, we may earn a small commission.
Previous Story
Fall Guys' second season will give players a lot more Crowns
Next Story
Peter Parker will look very different in Marvel's Spider-Man Remastered for PlayStation 5