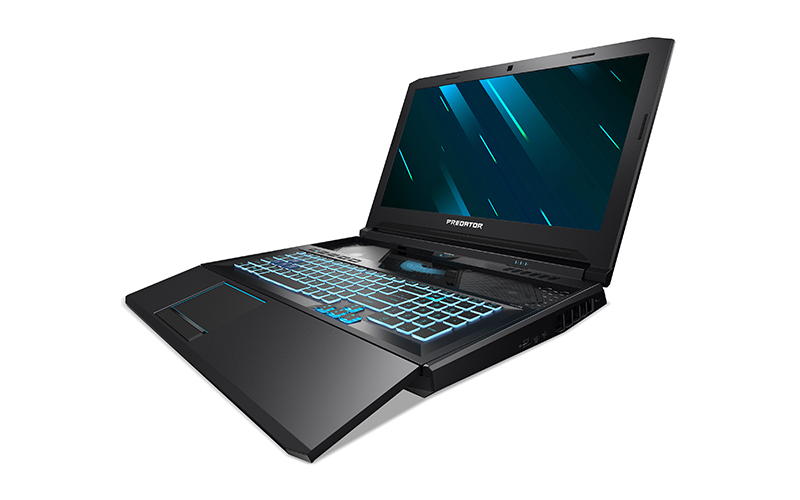 Acer just dropped a deluge of new laptops at its event in New York City, including refreshes of its Helios and Nitro gaming notebooks. The Predator Helios 700 is probably one of the stars of the show, and Acer is once again experimenting with quirky, unconventional designs.

The company seems to have learned a few lessons from its Predator Triton 700 though. While that laptop featured an eye-catching design with a glass trackpad above the keyboard that also revealed the internal cooling fans, it just wasn't very practical to use. The Helios 700 looks like an ordinary laptop at first glance, but it features a keyboard that slides out toward you, mimicking the feel of a desktop setup.

Acer calls this its HyperDrift keyboard and it supposedly improves cooling and helps with ergonomics. Once the keyboard slides forward, it exposes vents at the top of the notebook which allows for increased air flow. This is reminiscent of the approach ASUS took with its Zephyrus S notebooks, which also make use of vents above the keyboard to enhance cooling performance.

Under the hood, the laptop is cooled by two of Acer's fourth-generation AeroBlade 3D fans, five copper heat pipes, and a vapor chamber system. Some of the heat pipes are also visible through the glass panel above the keyboard once you slide it out, not unlike the older Triton 700.

The keyboard isn't your standard run-of-the-mill affair either. The WASD keys support something Acer calls MagForce keys, which are basically pressure-sensitive, analog-like switches. In theory, this gives you more precise control over something like how fast you're moving in game – press down harder to speed up – but it remains to be seen how this will play out in the real world.

The Helios 700 is also among the first laptops to come with Intel's 9th-generation laptop CPUs (including an overclockable model), although these actually haven't been officially announced. In addition, it can be equipped with up to an NVIDIA GeForce RTX 2080, 64GB of DDR4 RAM, and Killer DoubleShot Pro with a Killer Wi-Fi 6 AX1650 and Killer Ethernet E3000 chip. The latter is a Wi-Fi 6 module that is based on the next-generation 802.11ax standard, so you get support for more responsive and faster Wi-Fi connections and a better ability to handle congested environments.

Finally, the Helios 700 has a 17.3-inch 144Hz FHD IPS display with a 3ms response time and NVIDIA G-Sync technology, so your games should feel super fluid and responsive. This is capped off with a five-speaker system and a subwoofer for more engaging audio.

Then there's the Predator Helios 300, which is a much more standard update. It now supports Intel's new 9th-generation processors, up to an NVIDIA GeForce RTX 2070 Max-Q, 32GB of DDR4RAM, and two PCIe NVMe SSDs in RAID 0. There's also room for an additional hard drive. The Helios 300 will come in either 15.6- or 17.3-inch variants, both of which feature a FHD IPS display and 144Hz refresh rate. 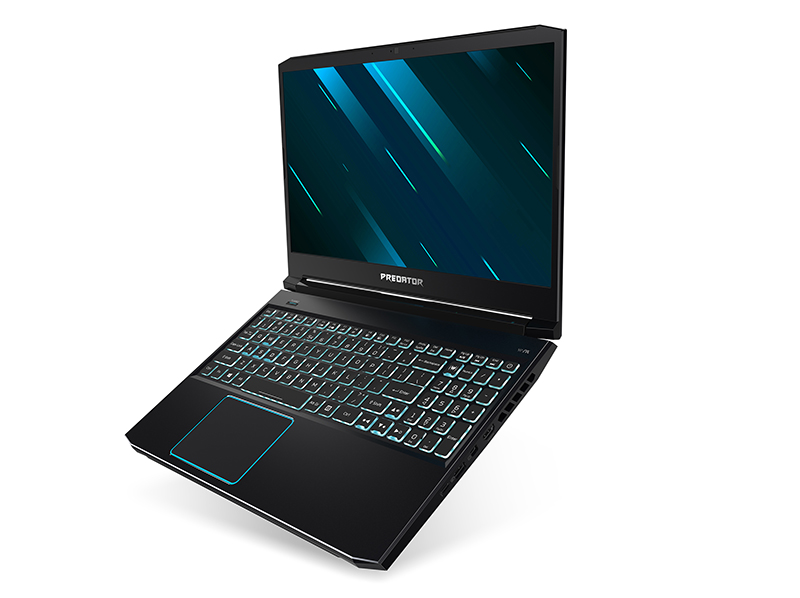 The design has also been tweaked slightly and the Helios 300 now boasts a metal chassis with teal blue accents and four-zone RGB backlighting. The bezels have also been slimmed down, so the laptop is now more compact and looks more modern. In addition, the keyboard now features a new font that, to my eyes at least, is slightly more angular than its predecessor and also has a more contemporary feel. 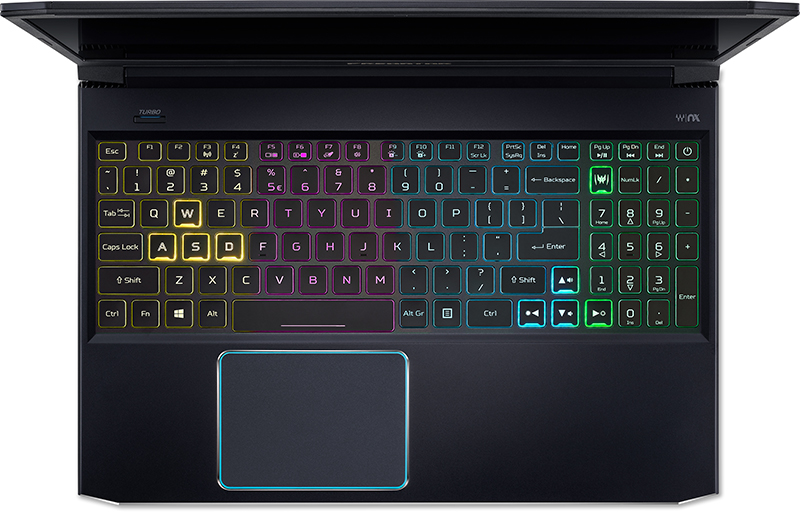 Keyboard ergonomics have been improved as well, with concave WASD keys so you can find them easier and a larger space bar.

I'll update once there's news on local availability and pricing.