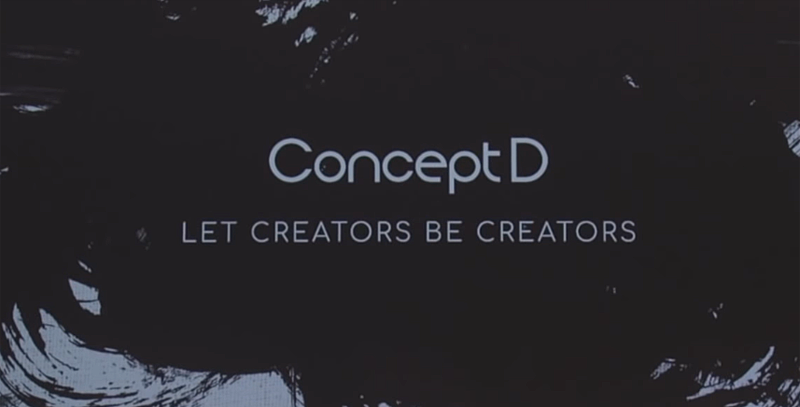 Acer has unveiled ConceptD, a new brand with an expansive product lineup to target professional designers, engineers and content creators. For starters, there are ConceptD high-end Intel-based workstations powered by NVIDIA graphics cards. 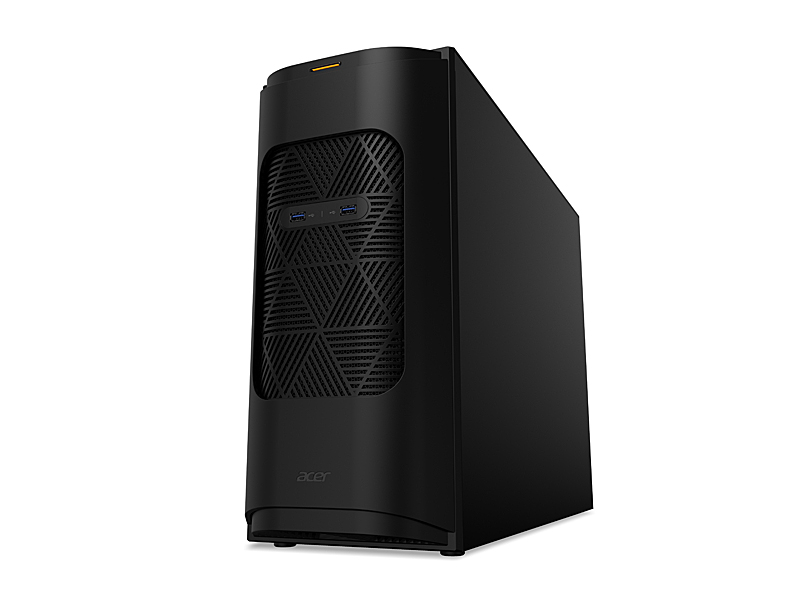 The ConceptD 900 is powered by the first generation Intel Xeon Scalable processor, and the desktop features a pair of Intel Xeon Gold 6148 CPUs, and an NVIDIA Quadro RTX 6000 graphics card. ConceptD 900 has 12 memory slots for a total of 192GB of DDR4-2666 ECC memory. The machine is optimized for real-time rendering, ideal for product designers, filmmakers, animators and architects. It can also be used by artificial intelligence and deep learning application developers. The PC boasts of five storage bays with RAID-capable drives, and a total of 7 extra PCIe expansions slots. ConceptD 900 is air-cooled by six intake fans that draw air from its front vent. 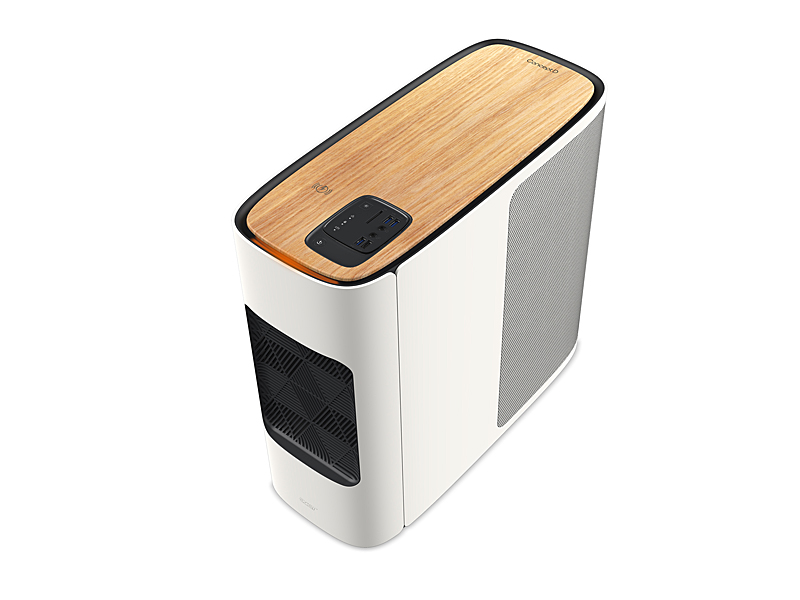 This workstation is a stark contrast from the ConceptD 900, with its white finish and woodgrain veneer-inspired top that also houses a Qi wireless charging pad. Under its exquisite-looking finishing, the PC is powered by a 9th-gen Intel Core i9-9900K CPU, with four DIMM slots that support up to 64GB DDR4-2666 RAM. Its graphics card support is up to an NVIDIA Quadro RTX 4000. Its high-end hardware is kept cool by three cooling fans and despite this, Acer claims ConceptD 500 generates less than 40 dB of noise, i.e., its noise level is akin to being in a library. 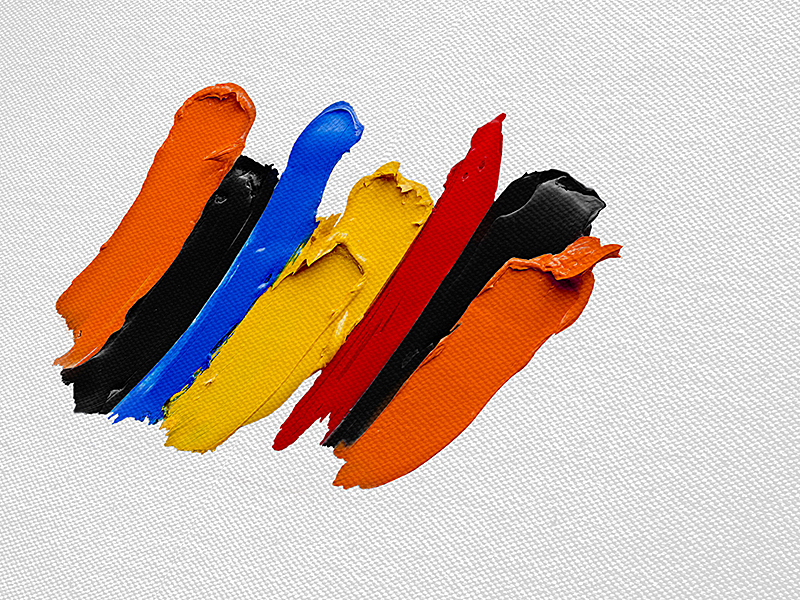 There are also mobile computing solutions for the professional designer and content creators. The ConceptD notebook series comprises the ConceptD 9, 7, and 5. With whisper quiet cooling systems, courtesy of Acer’s 4th-gen AeroBlade 3D fan design, the notebooks operate quiet, allowing professional content creators to go about their work with fewer distractions. They also pack hardware like NVIDIA GeForce RTX GPUs and PCIe-based NVME SSDs in RAID 0 to support demanding compute requirements of their intended professional users. The notebooks boast of UHD 4K displays that are Pantone-certified and support 100% of Adobe RGB color gamut. 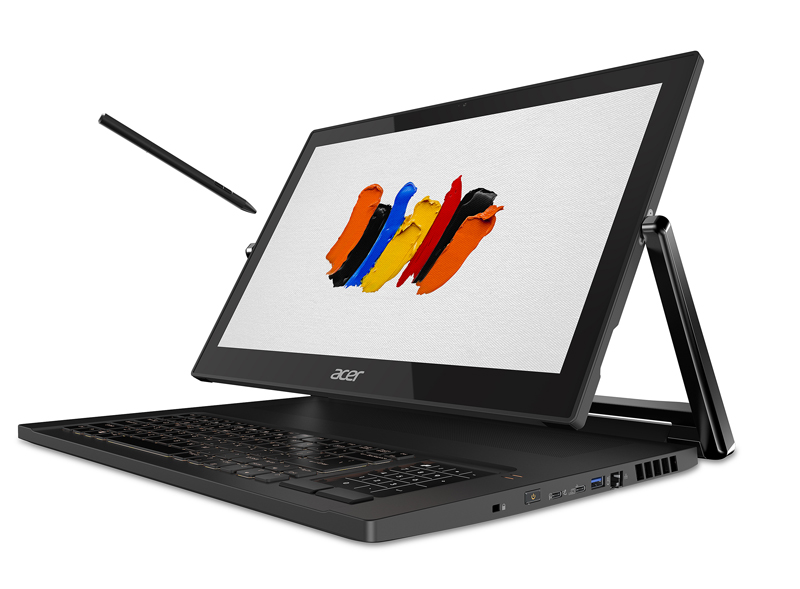 The ConceptD 9 notebook has a marquee feature, its Ezel Areo Hinge, which allows its 17.3-inch UHD display to be flipped and adjusted for multiple usage modes. Its screen has extremely high color fidelity with a delta-e value of less than one! As an added touch, it comes with a bundled Wacom EMR stylus that attaches magnetically to the device, and the stylus boasts up to 4,096 levels of pressure sensitivity.

Powered by the latest 9th generation Intel Core i9 mobile CPU, and paired with NVIDIA GeForce RTX 2080 graphics chipset, the ConceptD 9 notebook is capable of handling real-time video editing and 3D rendering applications. The ConceptD 9 can be configured with up to 32GB of DDR4-2666 RAM, and a pair of 512GB PCIe-based M.2 NVMe SSDs in RAID 0. 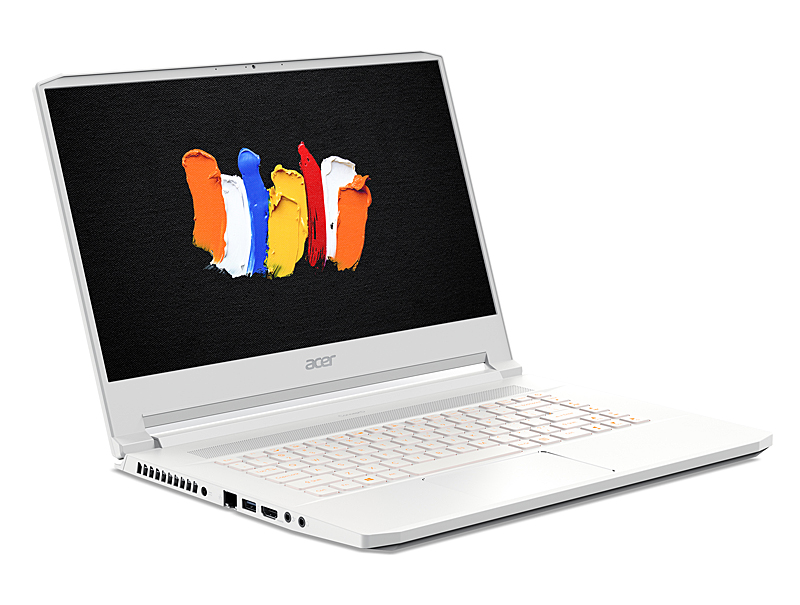 The ConceptD 7 conforms to a regular notebook form factor and its hardware specifications include up to a 9th-gen Intel Core i7 processor and NVIDIA GeForce RTX 2080 Max-Q. Its 15.6-inch UHD display’s color accuracy has a delta-e value of less than 2. The device is 17.9mm thin and weighs slightly over 2kg. It has a Thunderbolt 3 port and mini-DP ports for connecting up to three external displays. 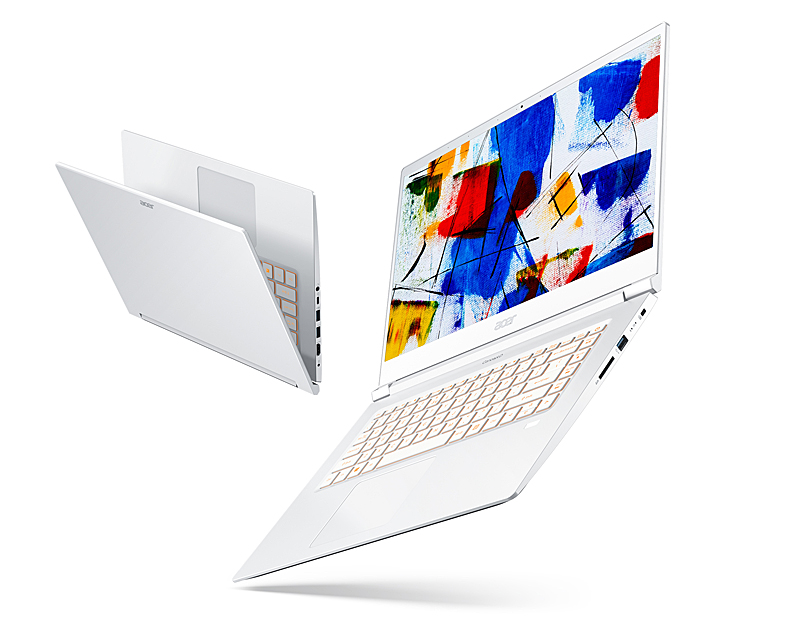 The lightest and thinnest of ConceptD notebooks, the ConceptD 5 supports up to an 8th generation Intel Core i7 CPU, with Radeon RX Vega M GL graphics chipset. It has a metal chassis and a magnesium-aluminum alloy on top, and a palm rest area. Its 15.6-inch UHD display also has a color accuracy of delta-e value of less than 2. It supports up to 16GB of DDR4 RAM, and up to 1TB of PCIe-based NVMe SSDs in RAID 0 configuration. It weighs just 1.5kg and is 16.9mm thin. Its connectivity ports include a USB Type-C port (USB 3.1 Gen 1).