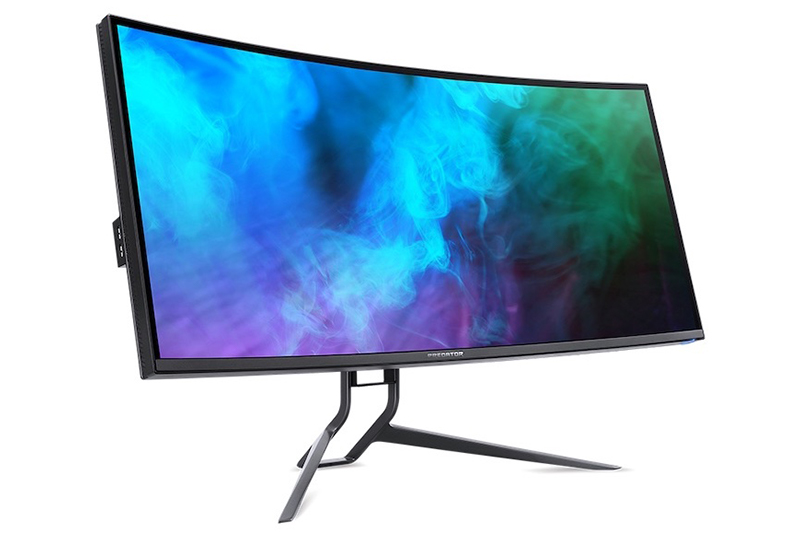 Acer unveiled three new gaming monitors that are designed expressly with HDR in mind, and every one of them comes with high-end specifications, connectivity, and features that’ll improve the gaming experience.

Let’s take a closer look at each of these monitors and what features lie underneath, starting from the largest new entry! 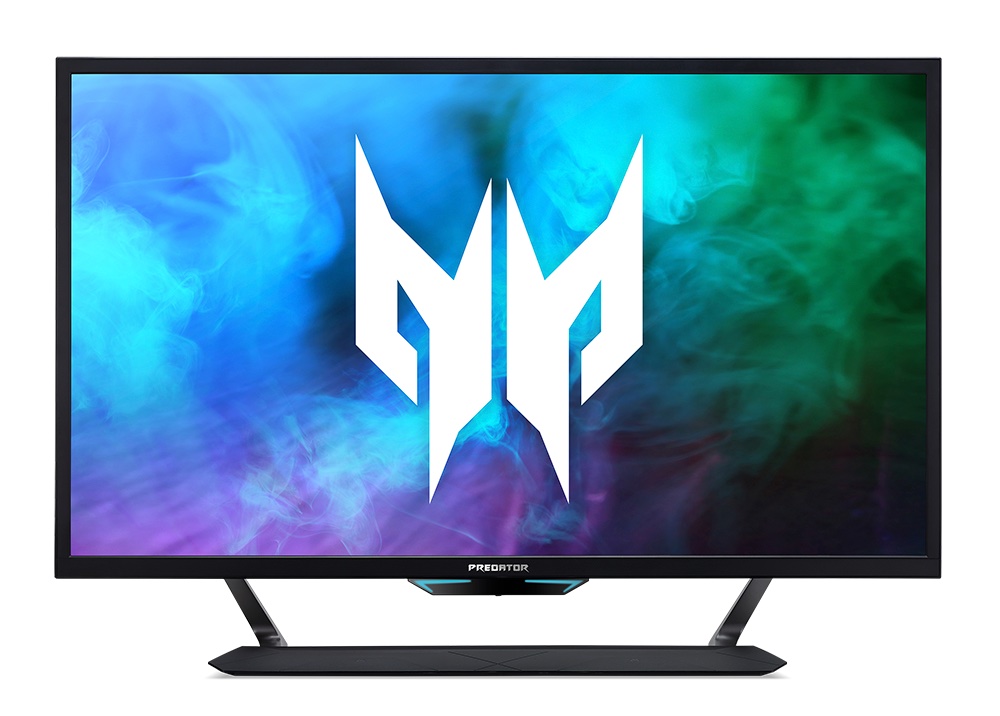 The do-everything, be-everything display, Acer Predator CG437K S is a 42.5-inch NVIDIA G-SYNC compatible gaming monitor with 4K resolution, 144Hz refresh rate and covers 90% of the DCI-P3 colour gamut. For console gamers, there’s a pair of HDMI 2.1 ports that can connect and transport the massive amount of graphical data with VRR using a single cable.

On top of that, this monitor is also VESA DisplayHDR 1000 certified, which means minimum peak brightness of 1000 nits. At this grade, this massive screen is ideal for movie lovers, gamers and professional content creators alike. There’s even a number of USB ports to expand on connectivity, including a built-in KVM switch with a USB Type-C 30W Power Delivery charging capable port, a pair of USB 2.0 and two more USB 3.0 ports.

This monitor, understandably, has RGB light strips that can sync to music or media, but Acer took it a bit further by include ColourSense, which adjusts the screen’s temperature according to the environmental lighting, and LightSense, which “detects ambient lighting and adjusts the monitor’s brightness settings accordingly”. Lastly, for energy-saving measures, ProxiSense kicks in to automatically lull the monitor to dimmer modes by detecting if users are nearby. 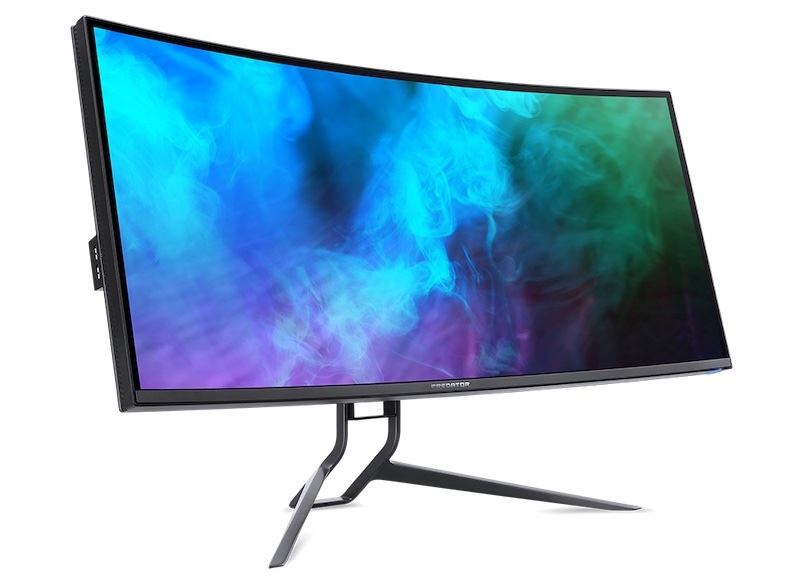 Sitting at 38 inches across is the Predator X38 S, a 2300R curved monitor with a resolution of 3840 x 1,600 pixels. An ultrawide IPS display at slightly higher than 2K resolution, this VESA DisplayHDR 600 certified display also tops out at an overclocked 175Hz refresh rate, with response time as low as 0.3ms grey-to-grey.

A number of NVIDIA’s features pops up here; G-SYNC Esports mode is a preset that can be turned on for competitive gamers that want the lowest latency by turning off the variable backlight, while Reflex Latency Analyser measures the latency between a mouse click and for pixels on the Predator X38 S to change. And yes, NVIDIA G-SYNC Ultimate is also available here and it’ll help to remove screen tearing, minimise display stutter, and reduce input lag. 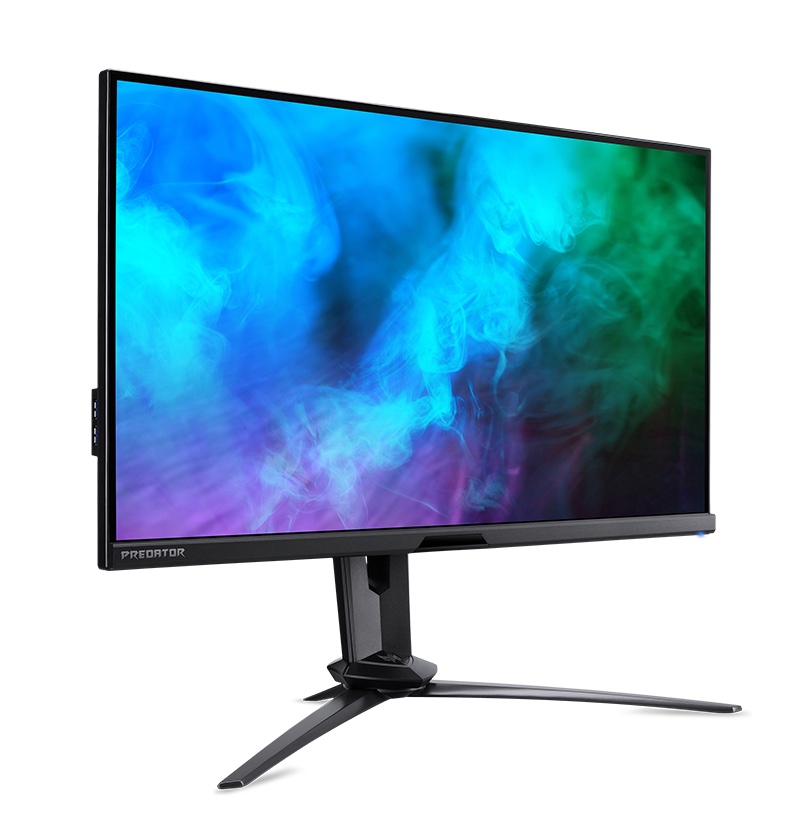 There’s also Acer LightSense, ColourSense, and ProxiSense and BlueLightShield Pro, which filters out blue light emissions, is TÜV Rheinland Eyesafe certified and maintains colour accuracy at Delta E<1, although there are no figures on the DCI-P3 colour space numbers.

While it’s first available in North American markets, the availability for each model is different, along with costs:-

Join HWZ's Telegram channel here and catch all the latest tech news!
Our articles may contain affiliate links. If you buy through these links, we may earn a small commission.
Previous Story
The all-new Razer Raptor 27 is the world's first THX-certified gaming monitor
Next Story
Apple Podcasts Subscription now available worldwide