The bigger version of the 65-inch G6 that I’ve reviewed earlier, this is LG’s highest-end and most expensive OLED TV you can get from the company this year, and it has a price tag of S$36,888. Like the 65-inch G6, it sports a picture-on-glass design, is a UHD Premium-certified 4K OLED TV that supports HDR 10 and Dolby Vision HDR formats, runs the WebOS 3.0 smart TV platform, and has its sound designed by Harman Kardon. In short, the difference you’re paying for is really for the 77-inch OLED panel, which I understand is super-difficult to make (and hence the delay).

Here are some places that have the 77-inch G6 on display: 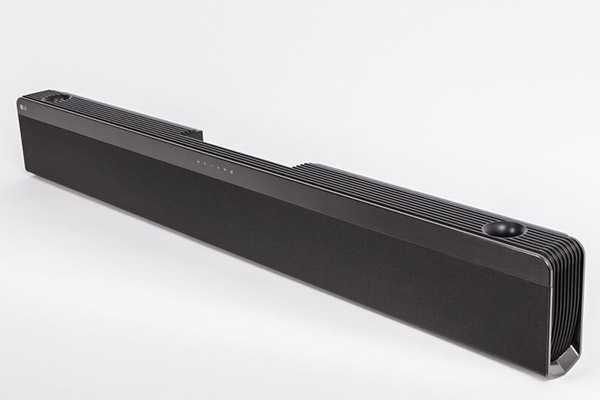 Also announced is the SH6 soundbar, which supports LG’s new Adaptive Sound Control technology. Briefly, ASC allows the soundbar to automatically adjusts its own sound settings to suit the individual media. For example, according to LG, when it senses high levels of vocalization, like on the news or the narration part of a documentary, ASC will lower the bass level to make dialogue clearer. The SH6 also has built-in Google Cast support, which means users can stream songs, podcasts, and stations from Cast-enabled apps on their smartphone to the soundbar. The SH6 is priced at S$699.

Join HWZ's Telegram channel here and catch all the latest tech news!
Our articles may contain affiliate links. If you buy through these links, we may earn a small commission.
Previous Story
The LG UltraWide 34UC79G combines a 34-inch curved IPS display with a 144Hz refresh rate
Next Story
Intel to scale back its wearables effort?