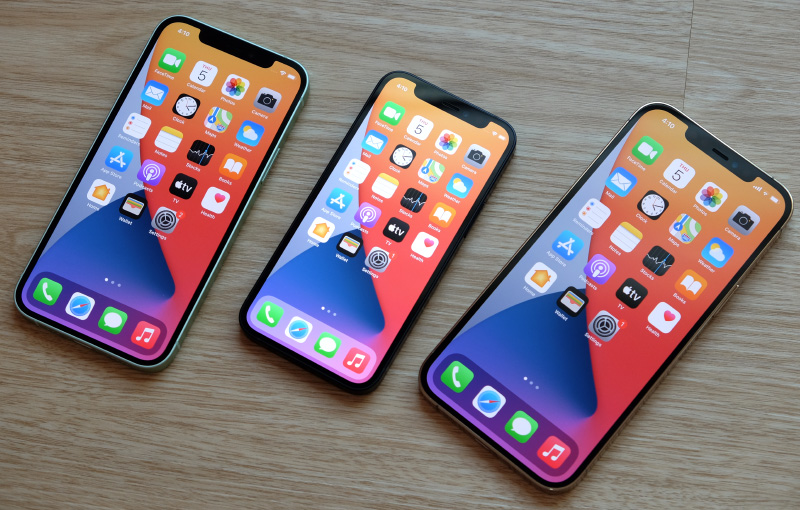 The Apple iPhone 12 lineup continued to sell well in the first month of the year according to Counterpoint Research's Market Pulse report.

Rounding up the top six were Xiaomi Redmi 9A and Redmi 9. The Samsung Galaxy A21S and Galaxy A31 managed to secure 7th and 9th position while the Galaxy Note20 lineup was nowhere to be seen in the list. The Galaxy Note20 Ultra was the best-selling 5G phone in September. 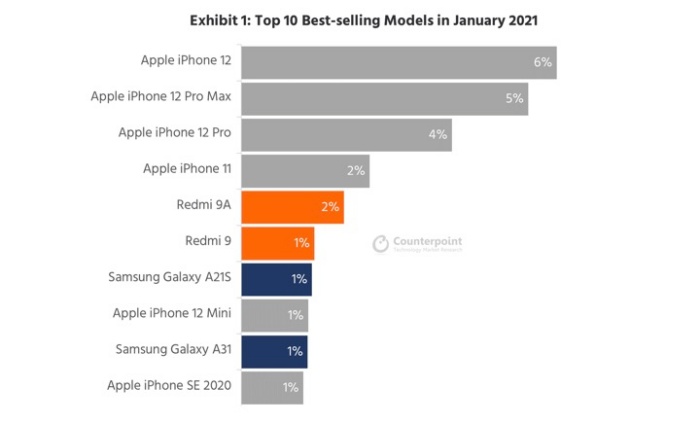 This is line with what Apple CEO Tim Cook revealed during the company's Q1 2021 earnings call; Cook said that "both switchers and upgraders increased on a YoY basis" and the company saw "the largest number of upgraders" that it has ever seen in a quarter. Qualcomm also saw its revenue increased 62% YoY due to strong demand for the iPhone 12.

Join HWZ's Telegram channel here and catch all the latest tech news!
Our articles may contain affiliate links. If you buy through these links, we may earn a small commission.
Previous Story
Data from 500 million LinkedIn accounts leaked online
Next Story
Facebook clarifies on data leak of 533 million users