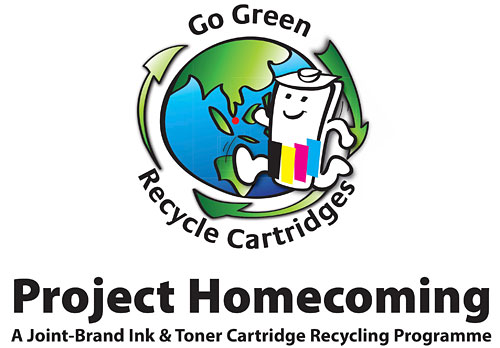 Since April 2008, Brother, Canon, Dell, Epson, HP and Lexmark have worked with the Japan Post Office to provide an easy way for the public to recycle their used cartridges. Today, there are 5,000 cartridge collection boxes conveniently located in Japanese post offices and select local government offices. Why is there a need to recycle (in this case) ink and toner cartridges? Because improper disposal can cause damage to the environment, that’s why! Recycling them enables raw materials in them to be recovered and reused for other purposes.

Called “Ink Cartridge Satogaeri”, this project has now expanded to Singapore. Project Homecoming (the translation for the Japanese word ‘Satogaeri’) is led by Brother, Canon, Dell, Epson and Lexmark, and is supported by the National Environment Agency (NEA) and National Library Board (NLB). The first Ink Cartridge Satogaeri scheme to be brought outside of Japan, Project Homecoming is also Singapore’s first-ever joint funded and managed ink and toner cartridge recycling initiative.

Eagle-eye readers might have noticed that HP, one of the original members of Ink Cartridge Satogaeri, isn't part of Project Homecoming. While we're unaware of the reason behind its omission, we do know that HP has long had its own recycling program known as HP Planet Partners, as well as a 'closed loop' ink cartridge recycling process. 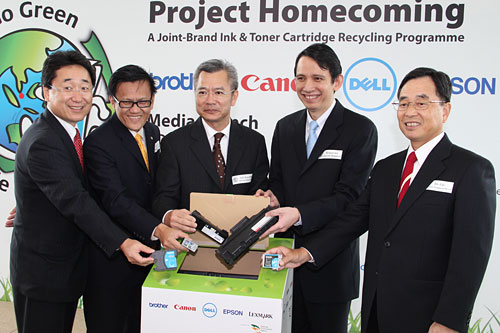 The list of libraries where the recycling boxes are located is as follows:

The recycling boxes are placed inside the libraries, which means you need to pop by when they’re opened. Still, that shouldn’t pose much of a problem as the libraries close as late as 9.00pm in the evening. According to Mrs. Elaine Ng, CEO of NLB, they will consider putting recycling boxes in the remaining 10 libraries if the response is good. Besides providing the venues, NLB will work together with NEA to come up with programs to educate the public on the importance of recycling.

When asked if Project Homecoming would be expanded to other countries, Mr. Andrew Koh, Senior Director and General Manager of the Consumer Imaging and Information Group of Canon Singapore, who is also the lead spokesperson for this project, commented that Thailand is a potential country to bring Project Homecoming to next. 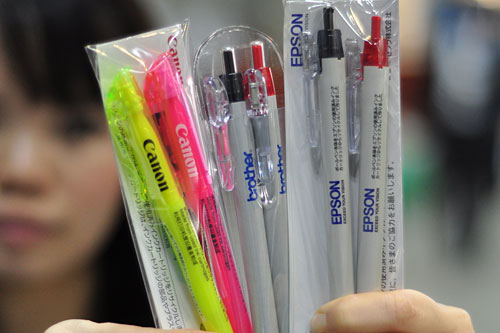 Our articles may contain affiliate links. If you buy through these links, we may earn a small commission.
Previous Story
Thermaltake Commander MS-I Snow Edition Launched
Next Story
ASUS Confirms Availability of Transformer Prime from December 19