At 4.85mm, Oppo's R5 is by far the world's thinnest smartphone

At 4.85mm Oppo's R5 is by far the world's thinnest smartphone 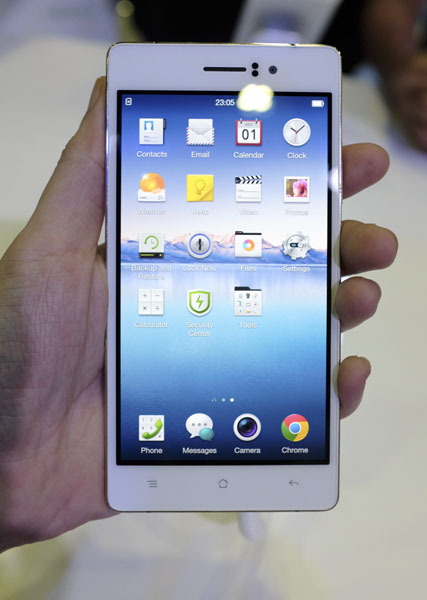 Along with the N3 smartphone, Oppo also unveiled the R5 today, which, at just 4.85mm is by far the world's thinnest smartphone. Don't be fooled by that thin frame though, the R5 packs a 5.2-inch Full HD AMOLED display, and is powered by an octa-core 64-bit Qualcomm Snapdragon 615 (quad 2.1GHz and quad 1.5GHz) processor and 2GB RAM. It also boasts a 13MP f/2.0 rear-facing camera and a 5MP front-facing camera.

Of course, there is a tradeoff for its thinness. The R5 has a relatively small 2000mAh battery, and there's no 3.5mm headphone port either - you'll need to use the bundled micro-USB adapter or Bluetooth headphones to listen to music.

The R5 will sell for USD$499. Unfortunately local availability and pricing is unknown at this time.