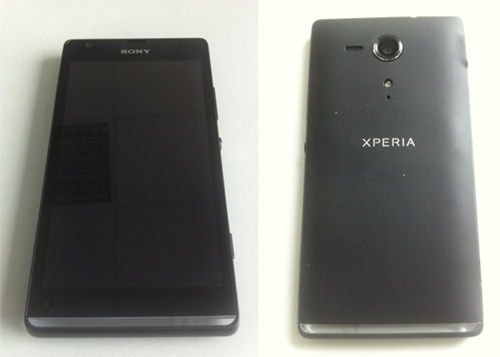 A few more days to Mobile World Congress, more rumors. This time is Sony Mobile's turn to be in the spotlight. The latest rumor, according to Xperia Blog, is about the Xperia SP. The phone is said to come with a "4.6-inch 720p screen, quad core Qualcomm Snapdragon S4 Pro and, an 8 megapixel camera". It's supposed to weigh 155g and measure "130.6 mm x 67.1 mm x 9.98 mm", which makes it heavier than Xperia Z.

Android Authority has a few,. not-quite-positive- things to say about this latest "advancement":

Android Authority - "This isn’t the first time Sony has done this. They introduced the dual core Xperia ion when everyone was introducing quad core phones. Now they’re introducing this thing, the SP, about a year too late. The only thing that can save the SP, in our eyes, is a price tag that’s absurdly low. Knowing Sony though, we severally doubt that’s going to happen."

What else will Sony be showing off at MWC, other than the understated Xperia SP? Perhaps the 6.44-inch 1080p phablet? We aren't so sure since the company just unveiled its flagship Xperia Z at CES but we will keep our hopes up for now.