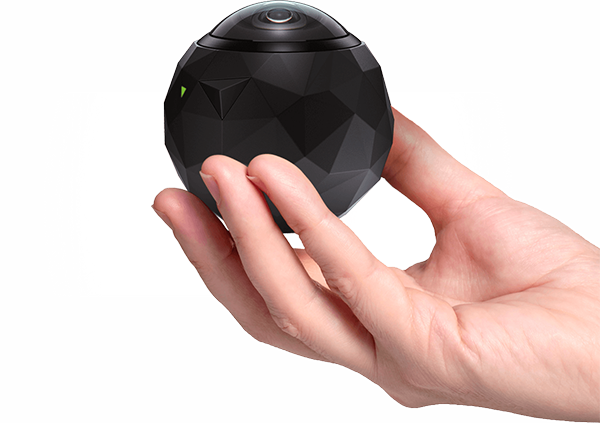 In addition, the 360Fly HD and 360Fly 4K are incredibly small and portable; and they are also dust-proof, shockproof, and water resistant to up to 1m.

As its name suggest, the 360Fly HD records in HD resolution (1504 x 1504 pixels), and features built-in Wi-Fi and Bluetooth to allow it transfer photos and videos quickly to your mobile devices. It also has 32GB of internal storage and offers up to 3 hours of battery life.

The 360Fly 4K, on the other hand, records in 4K resolution (2880 x 2880 pixels), and also comes with built-in Wi-Fi and Bluetooth. It has double the storage, at 64GB, but only offers 1.5 hours of battery life because of the increased power consumption required for 4K shooting.

The 4K model also features a plethora of built-in sensors including an accelerometer, e-compass, gyroscope, and GPS for geo-tagging.

Join HWZ's Telegram channel here and catch all the latest tech news!
Our articles may contain affiliate links. If you buy through these links, we may earn a small commission.
Previous Story
Google and Facebook look to expand reach in Asia with new undersea cable connection
Next Story
AVerMedia updates their portable game capture card – Live Gamer Portable 2