Earlier today, the 31st Southeast Asian Games, which is being held in Hanoi, Vietnam kicked off its Mobile Legends: Bang Bang segment with the Group Stage events.

For this phase of the competition, the seven participating countries have been split up into two groups and will be playing a best-of-two format to decide their subsequent placings in the tiebreakers and semi-finals. These will be held tomorrow (19 May) using a best-of-one and best-of-three format respectively, and the last two countries left standing will proceed to face off in the championship match on the 20th.

As shown in the infographics below, we've got a total of 13 different esports teams representing the seven participating countries. Group A consists of Malaysia, Laos, the Philippines, and Myanmar, while Group B is made up of the remaining three countries, namely Singapore, Indonesia, and host country Vietnam. 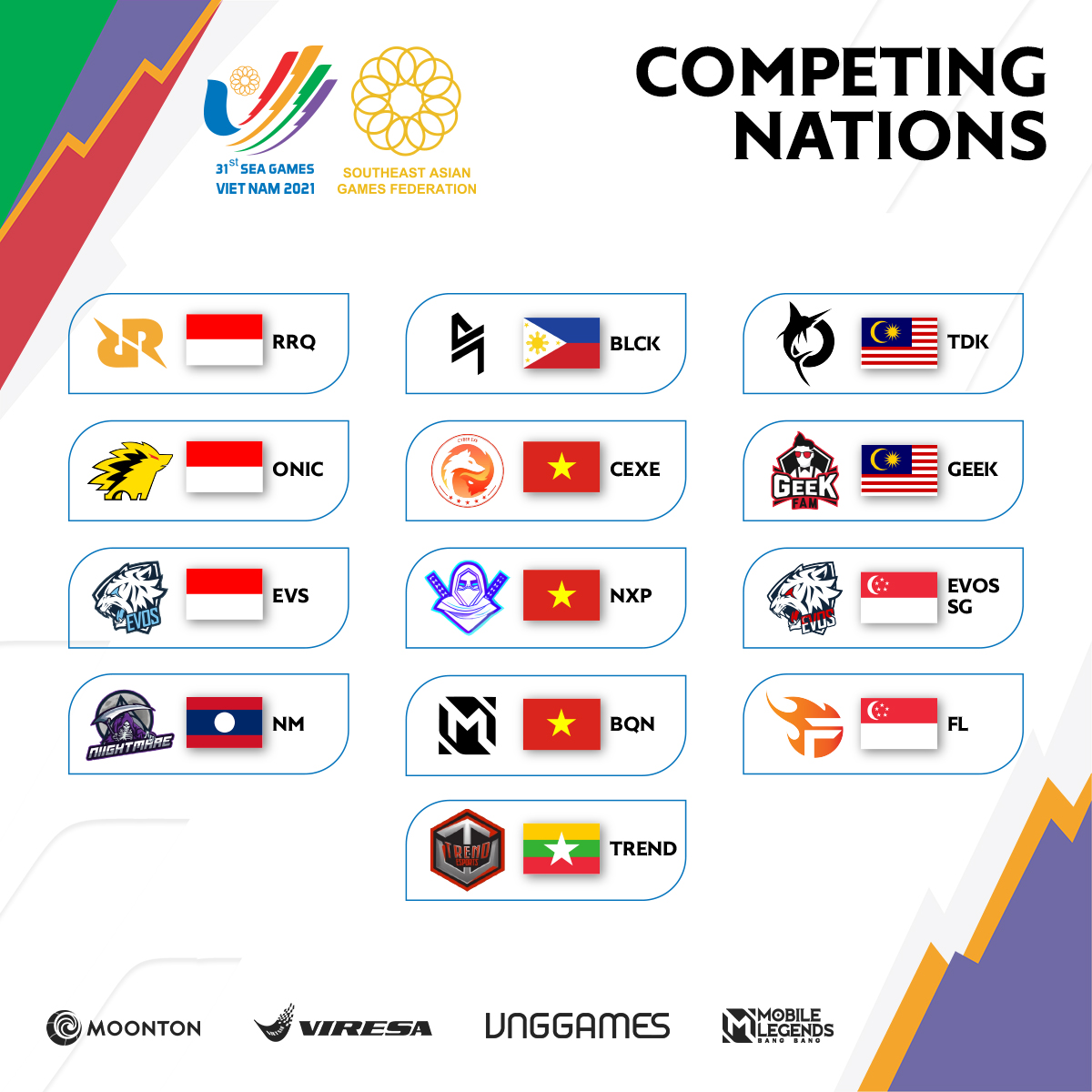 As for the athletes, our local ML: BB entourage for this competition comprises homegrown teams EVOS SG and Team Flash. But while they do (naturally) have our utmost support as our local reps, it's also worth noting that they've got their work cut out for them. After all, the reigning world champions Blacklist International will be taking part as part of the Filipino entourage, but before they can take a shot at the champs, they'll first have to break past the Indonesian and Vietnamese teams in Group B.

So, if you'd like to drop our boys a little support (and you certainly should!), you can check out the latest developments live on either the MPL Singapore Facebook page or via the ML: BB esports YouTube channel.

Join HWZ's Telegram channel here and catch all the latest tech news!
Our articles may contain affiliate links. If you buy through these links, we may earn a small commission.
Previous Story
Singapore Tourism Board partners Google Cloud to help tourists virtually discover Singapore
Next Story
Disney+ with ads will limit ads to four minutes per hour