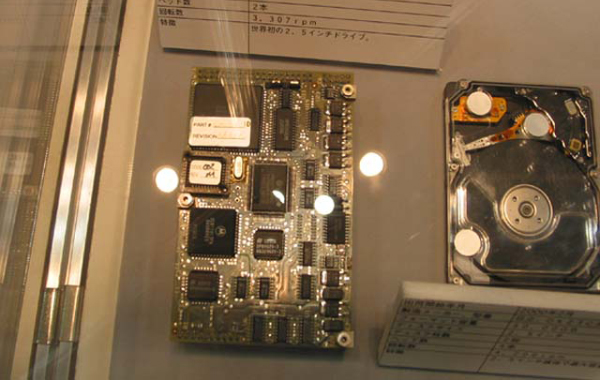 It held about 20MB of data (21.3MB to be exact) and it would kickstart the mobile computing revolution.

Up until recently - when SSDs were cheap enough to be adopted in mainstream notebooks - notebooks were mostly outfitted with 2.5-inch drives.

It was these drives that enabled notebook manufacturers to build notebooks that could, for the most parts, rival desktop machines.

Technology from 2.5-inch drives soon trickled down to smaller form factor drives too.

The most important of them all could very well be the humble 1.8-inch Toshiba MK5002MAL that had a capacity of 5GB and was used in the very first iPod back in 2001.

It was this little Toshiba drive that allowed Apple to make the iPod smaller and sleeker than any of its competitors.

The iPod was a revolution in many ways. It changed the way we consumed music, it changed the face of portable music players, it changed the music industry, and perhaps most important of all, it played a great role in returning Apple to profitability and was the catalyst for much of Apple's success today.