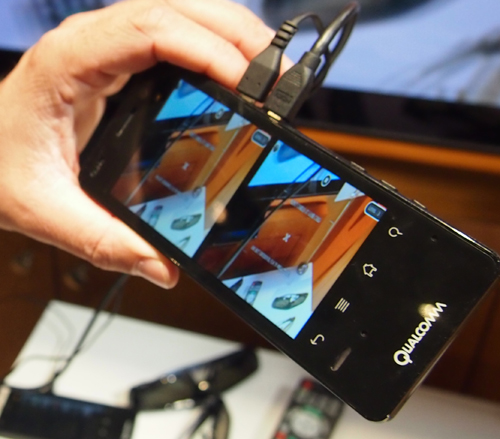 3D technology is slowly but surely making its way into the mainstream crowd, and it's not surprising to see companies such as Qualcomm making further advancements on that front. One such development is the use of its Snapdragon S4 processors to convert 2D images or videos into 3D. On top of that, the conversion is done concurrently with augmented reality tossed in. 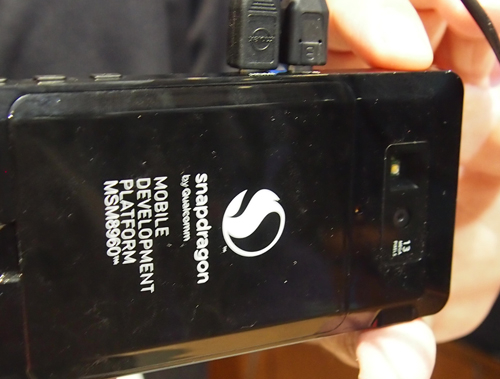 Using Qualcomm's reference device, we saw how the S4 processor and its GPU rendered the feed from the camera and converted it to 3D. What is interesting, is how this is achieved with only one camera. Devices such as the HTC Evo 3D and LG Optimus 3D utilize a stereoscopic (that is, dual lenses) camera to capture two images and superimpose them to form a 3D image. This opens up the potential for manufacturers to reduce the overall cost of their devices, yet incorporating more features such as 3D imaging without adding an additional camera module.

According to Qualcomm, manufacturers who utilize the S4 processors can perform the same function. Of course, there's no telling whether this will have a drastic effect on the battery life, though Qualcomm stated that their new processor line is able to sustain devices with much better power efficiency even if its CPU and GPU are taxed to the extreme.

Join HWZ's Telegram channel here and catch all the latest tech news!
Our articles may contain affiliate links. If you buy through these links, we may earn a small commission.
Previous Story
Razer Flaunts the Naga Hex Gaming Mouse
Next Story
Parrot Zik Headphones Come with Touch Controls and NFC