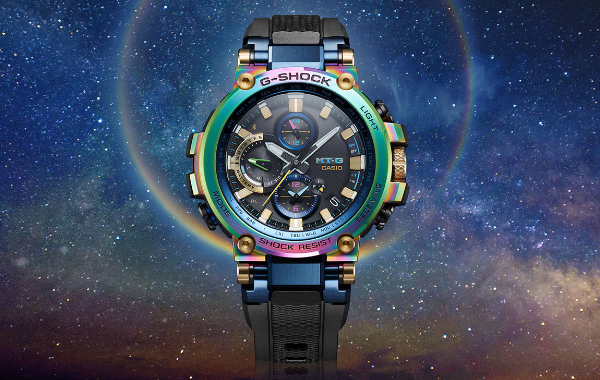 One of the most hotly anticipated G-Shocks of the year has got to be the MTG-B1000RB, a special model released to celebrate the 20th anniversary of the MT-G series.

The MT-G series is one of the G-Shock's premium collection and it's distinguishable by its hand-polished metal case and the fact that it is assembled in Japan at Casio's state-of-the-art Yamagata facility.

The new MTG-B1000RB is based on the MTG-B1000 but features an iridescent rainbow ion-plated that looks downright cool.

Apart from looking extremely funky, the MTG-B1000RB is built to be extremely tough and packed with features. So it's not just all looks and no substance.

The colorful bezel is actually part of the Core Guard Structure that is the first line of defense against shocks. This protects the inner carbon-fiber reinforced resin case which protects the watch's movement. It also has a water resistance rating of 200 meters. 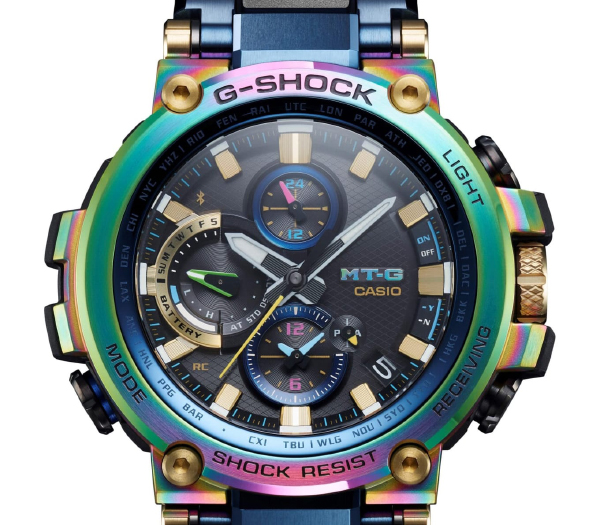 Bluetooth connectivity is especially useful since it can be difficult to adjust and access all the myriad functions of this watch.

Using the G-Shock Connected app, owners will be able to easily sync the watch to atomic time and change the time zones displayed on the dial.

Join HWZ's Telegram channel here and catch all the latest tech news!
Our articles may contain affiliate links. If you buy through these links, we may earn a small commission.
Previous Story
Belkin's power bank for the Apple Watch extends battery life up to 63 hours
Next Story
LG's 2019 Atmos soundbars use Meridian Audio's tech and support Google Assistant