When it comes to a 17-inch giant of a laptop, there’s often more of a focus on raw performance than design. After all, at that size, portability pretty much goes out the window. That said, Razer’s updated 17.3-inch Blade Pro laptop does a pretty good job of showing that there’s little excuse for thinking you can’t make a laptop this size that is still fairly sleek.

The company first introduced the Blade Pro late last year, and it boasted Razer’s own low-profile mechanical switches and a uniquely positioned (some might say odd) trackpad that sits to the right of the keyboard.

2017’s Blade Pro now features better hardware in the form of a new overclockable Intel Kaby Lake processor, faster RAM, and THX Mobile Certification for both the screen and headphone jack, a clear sign that Razer is putting its recent acquisition of THX to good use.

Here’s a quick look of the specifications of the refreshed model:

Razer will support overclocking of the CPU in its Synapse software, a nice step up from the locked Core i7-6700HQ processor (2.6GHz, 6MB L3 cache) in the previous Blade Pro.

We think Razer made the right choice in opting for the overclockable mobile chip instead of a simple upgrade to a Core i7-7700HQ (2.8GHz, 6MB L3 cache), and this should help make the Blade Pro an even more attractive choice for those looking for a powerful desktop replacement.

However, despite the more powerful hardware, Razer says you can expect the same thermal performance as 2016’s model. That aside, the really interesting part is the THX Certification. The Blade Pro is the first laptop to get THX Mobile Certification, which covers smartphones, tablets, and laptops, and comes with a THX Mode that provides users with a pre-calibrated setting for enjoying video content in the colors their creators intended.

The screen and audio components are the same as the previous generation, but they’ve now been tweaked based on feedback from THX. The display was originally capable of displaying in the Adobe RGB color space, which is wider than the more common sRGB. However, it can result in blown out colors, and THX’s color profile will help with this.

On the audio front, we should point out that the certification applies to the jack itself and not the speakers. This means a flat frequency response across different headphones with varying impedance, and things like low distortion and high power. 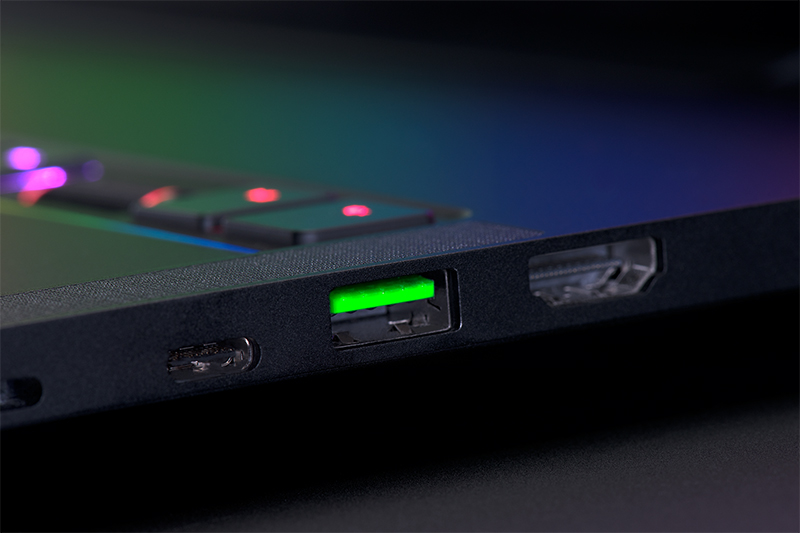 THX also tests production models to check that devices being shipped out match its specifications, so you should be assured of a certain level of quality.

The new Razer Blade Pro starts at a stiff US$3,999. We’ll update when we have news on local pricing.

Previous Story
Check out Trident 3 Arctic, the new VR-ready desktop PC from MSI!
Next Story
Apple will now reject any app with the word ‘Free’ in its name