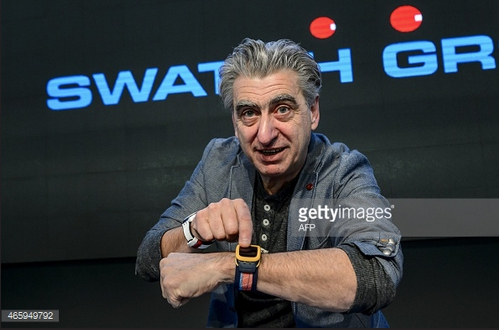 Swatch Group CEO, Nick Hayek,  is looking to address that issue with their new revolutionary battery. Hayek said that Swatch is hard at work with its research group, Belenos, and its battery producer, Renata, in order to bring a long-life battery for smartwatches in 2016. He also revealed that the new battery would be applicable to cars.

"Whoever brings a battery for a smartwatch to the market that you don't need to charge for six months has a competitive advantage," Hayek said in an interview.

Earlier this year, we reported that Swatch would start selling smartwatches from the middle of the year and would supposedly incorporate mobile payment technology and a mechanical component to generate energy for the watch so that it doesn't need to be charged.

Join HWZ's Telegram channel here and catch all the latest tech news!
Our articles may contain affiliate links. If you buy through these links, we may earn a small commission.
Previous Story
Even the FTC is looking into Apple’s upcoming music streaming service
Next Story
Xiaomi launches Mi Note Pro, will go on sale in China next week