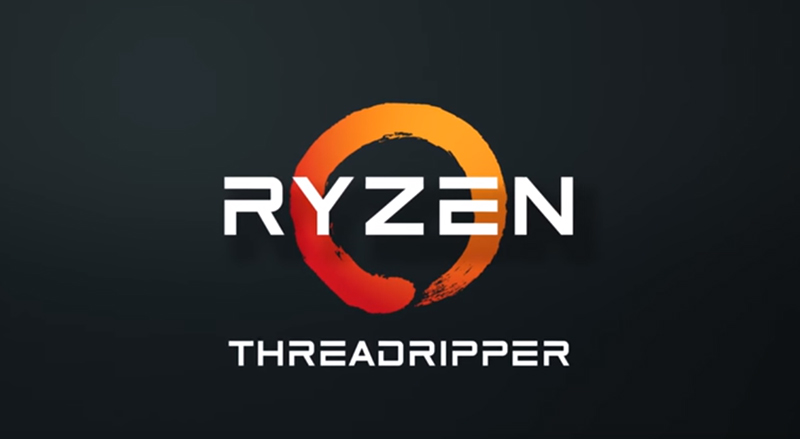 If you thought that the Ryzen 7 1800X was great but ultimately not quite enough, there’s reason to celebrate. AMD has confirmed that it is making a 16-core/32-thread CPU slated for release this summer, not so subtly dubbed the Threadripper.

Unfortunately, further details were otherwise scarce, but AMD will supposedly reveal more at Computex later this month. Still, rumors have been swirling, with some sites claiming that there will supposedly be multiple Threadripper CPUs including a handful of 10-, 12-, and 14-core parts.

More interestingly, there’s speculation on support for quad-channel DDR4 memory and an impressive 44 PCIe lanes, with some even saying that the chips will be released in a huge 4,094-pin package that will decidedly not work with the current AM4 socket.

Of course, there’s no way to know for sure, and we’ll just have to sit tight until more information is released.

One of the more exciting details will be the price of the Threadripper CPU. AMD is launching it squarely at the high-end desktop (HEDT) space, but if the current Ryzen processors are anything to go by, the price will be quite attractive for what it offers.

In addition, AMD announced its new Ryzen Pro series of processors, aimed at the commercial desktop and mobile segment. Once again, AMD was mum on the details, but it did show with performance comparisons between a Ryzen 5 Pro 1500 and an Intel Core i5-7500 (3.4GHz, 6MB L3 cache), where the former was up to 33 per cent quicker in exporting video in Adobe Premiere Pro. 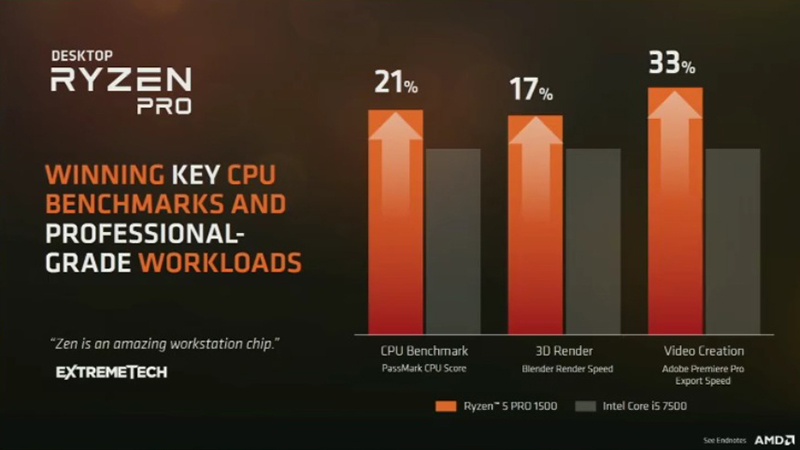 But the more intriguing reveal was probably the consumer Ryzen Mobile chip that AMD says outperforms its current Carrizo mobile processor by an impressive 50 per cent. AMD expects these chips to make their way into both two-in-one devices and traditional laptops, and the company says users can expect a “phenomenal” gaming experience with these processors.

That’s a big word to use, but the Ryzen Mobile chips will feature a Vega graphics core, so there’s good reason to be hopeful.

AMD also touted the “fantastic” battery life on systems running the new Ryzen Mobile chips, which supposedly operate at half the power of existing processors.

The desktop Ryzen Pro and Ryzen Mobile processors are set to launch in the second half of 2017, while the Ryzen Pro mobile chips are expected in the first half of 2018.

According to AMD, all the five top PC makers already have Ryzen desktops in the pipeline.

This slew of announcements marks a turning point of sorts for Ryzen, where it will truly mature into a commercially viable product line. Ryzen may have launched for consumer desktops first, but the majority of PCs sold are laptops, so this is the real test to see if Ryzen can help AMD beef up its profit margins.

Join HWZ's Telegram channel here and catch all the latest tech news!
Our articles may contain affiliate links. If you buy through these links, we may earn a small commission.
Previous Story
Apple might phase out the iPad mini lineup
Next Story
Digital fingerprints on WCry ransomware indicate North Korean origins