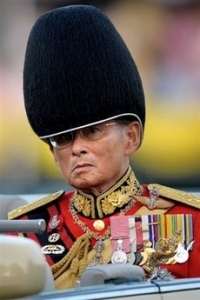 Thailand has warned Facebook users that they could face serious jail time for charges of lese-majeste, or insults to the king, queen, heir or regent. Thailand's Information and Communications Technology Minister, Anudith Nakornthap, says that even though Facebook clicks of 'like' or 'share' are only done to show support for messages, they could violate laws that carry sentences of 3 to 15 years jail for each charge.

Ampon Tangnoppakul, a 61-year-old retired truck driver and grandfather suffering from cancer, was recently convicted to 20 years in jail for sending vulgar text messages judged to be insulting to Queen Sirikit.

A prominent Thai website editor is also facing up to 20 years in jail for allegedly failing to remove other people's online remarks quickly enough from her website which were deemed critical of the monarchy.

Authorities in Thailand have asked Facebook to delete more than 10,000 pages of content as computer technicians in Bangkok scour the internet for royal insults. ''We have informed Facebook and sought their assistance in deleting content which is offensive to our monarchy,'' Mr Anudith said.

Join HWZ's Telegram channel here and catch all the latest tech news!
Our articles may contain affiliate links. If you buy through these links, we may earn a small commission.
Previous Story
Microsoft Surface 2.0 Ready for Pre-Order in Singapore and 22 Other Countries
Next Story
Shipment of Four-Inch Screens Underway for New iOS Device