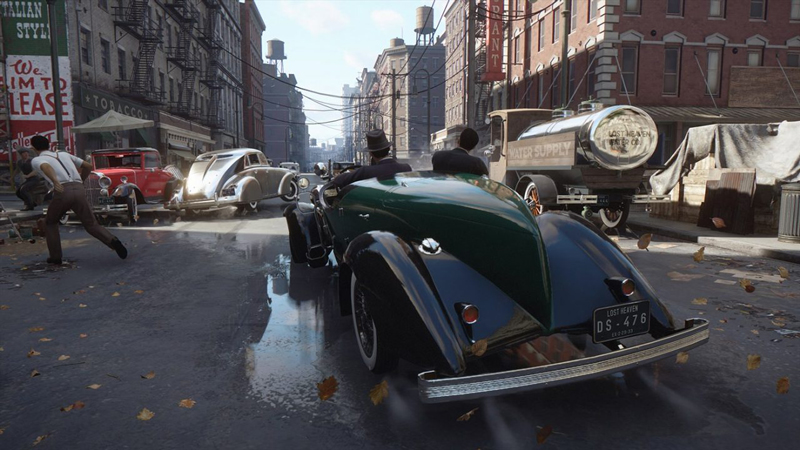 What a glow up!

2K Games’ Mafia: Definitive Edition has been kept under wraps for a while now, but no longer. IGN has released a 15-minute gameplay video showcasing the remake of the classic 2002 game in 4K resolution, and it looks like a staggering upgrade. The video mainly focuses on one of the game's main story missions.

Aside from a couple short teasers, this is our first proper look at Mafia: Definitive Edition, and it was worth the wait. This full remake of the open-world game is almost unrecognisable compared to the original, having been rebuilt from the ground up in Mafia 3’s engine. Some elements of the game, such as its cutscenes, have been significantly altered to appear more cinematic by today’s standards.

According to IGN, the remake will retain all 20 of the original game’s missions, but with tweaks to story and gameplay. Players will no longer be hounded by police if they drive over the speed limit - but there will be an option to turn that on, if they’d like the old-school experience. Tommy Angelo’s wife Sarah will appear more in-game, compared to the single scene she had in the original story.

The open environment of Lost Heaven has also been adjusted in its design. Streets are now wider, and the layout has been edited so players have more visible waypoints. Mafia 3’s cover shooting mechanics have also been added to the game, with further polish. From the gameplay video alone, it’s easy to pick out a couple flaws - such as the strange-looking gunplay, but the whole package looks pretty amazing.

Mafia: Definitive Edition will now launch on September 25, 2020 after a recent delay. The game will be included in 2K’s Mafia Trilogy.

Join HWZ's Telegram channel here and catch all the latest tech news!
Our articles may contain affiliate links. If you buy through these links, we may earn a small commission.
Previous Story
Riot Games just launched a new League of Legends esports brand
Next Story
Facebook rolls out app lock and new privacy settings for Messenger on iOS