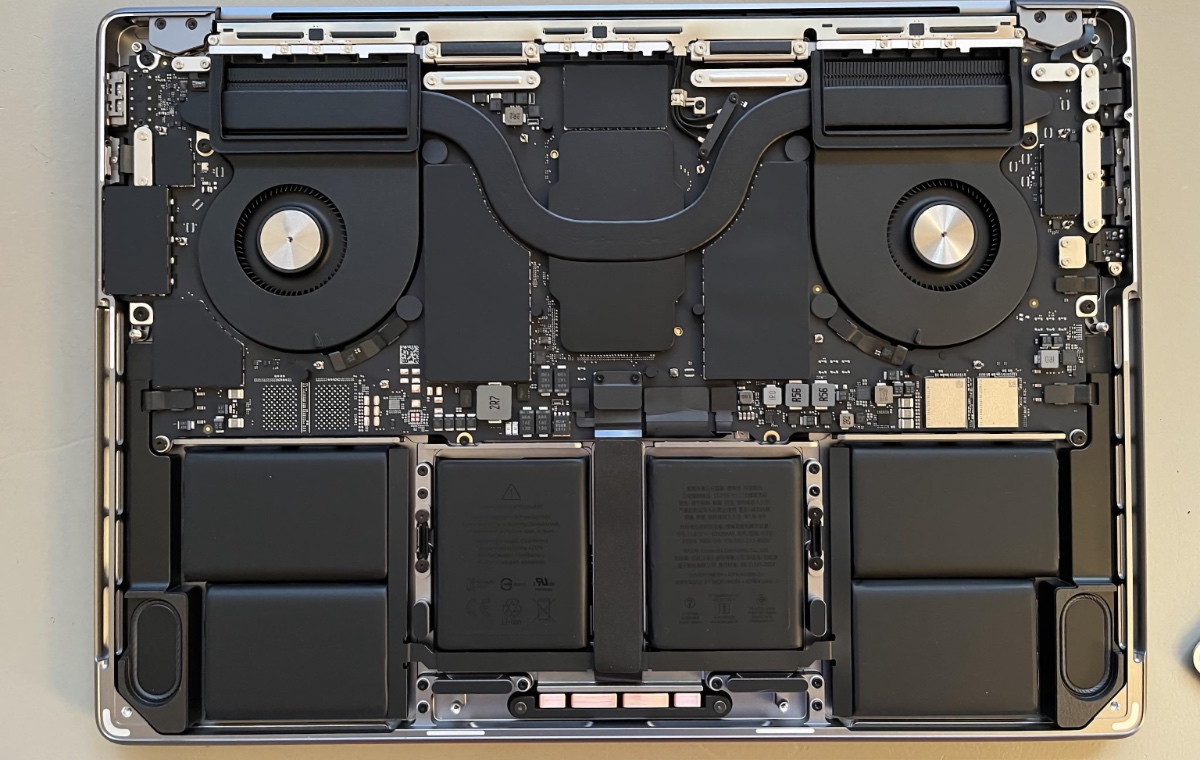 An intrepid user on Reddit has opened up his/her spanking new 14-inch MacBook Pro. The unit comes with an M1 Pro chip with 10 CPU cores and 16 GPU cores.

As you can see, it's a tightly packed piece of machinery. Apple has stuffed this new notebook to the brim with a beefy cooling system, large batteries, and speakers.

The user also shared some of his thoughts in opening up the notebook:

- The opening process seems identical to the 2016–2021 MacBook Pro, with pentalobe screws and clips that need to be manually popped before you pull the lid toward the front of the machine

- Apple finally replaced the glued-in battery from the 2016 2012 model with iPhone-style pull tabs. This was one of the worst design decisions they’ve made and I’m glad someone finally came to their senses. These computers will create much less e-waste since a battery replacement no longer means tossing out a perfectly good speaker system, keyboard, trackpad and a pound of machined aluminium

- Despite some speculation, the black keyboard deck is still part of the unibody, so it’ll be about as easy to replace as the existing keyboards (virtually impossible)

What's interesting to me is just how large the logic board is compared to M1 machines. The 24-inch iMac, if you recall, has an absolutely tiny logic board. The symmetry of the board is amazing too.

The M1 Pro chip is large too, judging from the size of the central heatsink. Following the theme of large things, the force-cancelling woofers look sizeable too.

iFixit should be publishing a more detailed teardown shortly. I look forward to that.

To see more images of the teardown, hit the link below.

Join HWZ's Telegram channel here and catch all the latest tech news!
Our articles may contain affiliate links. If you buy through these links, we may earn a small commission.
Previous Story
Instagram finally launches Reels, its TikTok competitor, in Singapore
Next Story
Purported camera specs of Samsung Galaxy S22 Ultra leaked