On this 10th day of Christmas...hear the Sound Blaster Roar Pro!

On this 10th day of Christmas...hear the Sound Blaster Roar Pro! 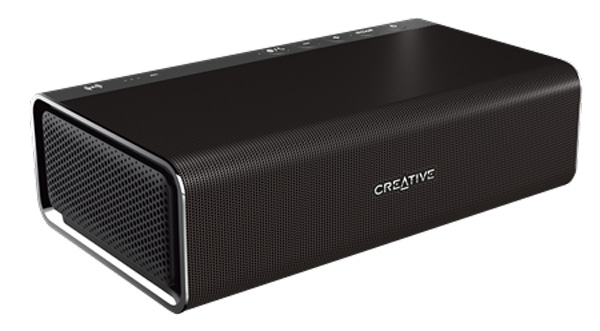 Whether it's a gift for someone or to pamper yourself this holiday, or just getting ready to splurge your bonus on a new tech toy, we've got some nice recommendations and you might even stand a chance to win some of them!

Now, finding good, portable wireless speakers can be a challenge. The speakers need to sound good enough, while remaining small to lug around. They also need to last long enough; after all, a wireless speaker that sounds great but lasts only an hour or two is hardly ideal for listening on the go. Luckily, all these are not an issue with today's pick, the Creative Sound Blaster Roar Pro.

You can read about our initial impressions of the speaker in this feature article, but here's the lowdown on what the speaker can do.

Chief among the new features is the improved 5-driver system, which delivers better quality sound, which is louder and clearer with no loss in quality. The improved drivers don't just deliver better sound, they deliver sound further too, projecting them out with the aid of the far-field frequency drivers in the speaker. Though the speakers aren't designed to be loud by default, pressing the special Roar button on the speaker increases its volume, perfect for parties or large gatherings. On top of that, the Sound Blaster Roar Pro also comes with three distinct audio profiles to suit your listening preference.

The new Sound Blaster Roar Pro also boasts a 10-hour battery life, long enough to survive a day at the beach before getting a recharge back home. It charges via USB and if you desire, the speaker can also function as a portable battery, able to charge connected devices as well.

The Sound Blaster Roar Pro supports Bluetooth and the aptX Low Latency codec, an advanced high definition codec meant to deliver high quality audio via Bluetooth transmission. The speaker also functions as a speakerphone with voice recording capability if paired with a smartphone via Bluetooth.

If you don't have a smartphone in hand, you can use the speaker's built-in microSD card reader to playback your tunes. When connected to a computer, the Sound Blaster Roar Pro lets you transfer files to the microSD card easily over a micro-USB cable.

The Sound Blaster Roar Pro also supports wired connections if you opt to go that route. It can connect to devices (such as a PC or PS4) with its micro-USB cable, allowing it to function as a wired speaker. It even has a 3.5mm AUX-in port for old school analog devices.

If the speaker's features impress you, the Sound Blaster Roar Pro is already on sale now for S$349.

Thank you for your participation!

For those of you who've been following our daily news updates for Christmas gift suggestions along with hints to the next day's suggestion, thank you for your participation!

For those unaware, we've been running a contest concurrently with our daily gift suggestions where HardwareZone Members (residing in Singapore) who get the most number of correct guesses for the next day's gift suggestion would stand a chance to win some of these gifts. With today's gift suggestion idea, we end our series and the contest. Till the next time, stay tuned for more special events like these and more!

Missed out our earlier Christmas gift suggestions? Check them here!

Not yet a HardwareZone member? Registration is free!