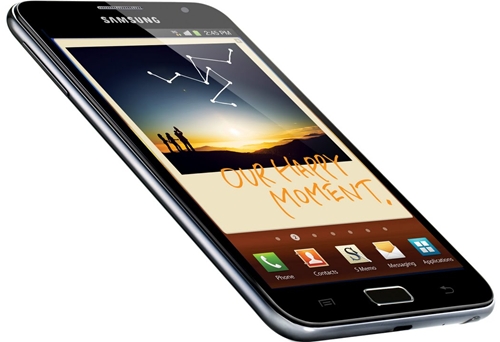 Less than a year after its launch, the Samsung Galaxy Note managed to garner global sales of 10 million. While we predicted 8 months ago that the Samsung device would fare better than the Dell Streak, we did not expect it to have come so far since it remains a phone that either you love or hate. Its solid performance and beautiful HD Super AMOLED display are major plus points although its massive dimensions may be a deal breaker for consumers with smaller hands.

Samsung will be unveiling the successor to the Galaxy Note on 29th August at its Mobile Unpacked event in Berlin. Some of its alleged specs include a 5.5-inch Super AMOLED display, an Exynos 4 Quad processor and an 8-megapixel camera sensor. Will the sales of the Galaxy Note II outpace its predecessor?

There is a high likelihood of that happening if we look at recent sales numbers and reception towards Samsung mobile devices. The sales of its flagship model, the Galaxy S III, has hit 10 million units last month. In addition, Samsung has expanded the Galaxy Note branding into its tablet line-up with its Galaxy Note 10.1. We recently had a hands-on with the Samsung slate, which gave us a positive user experience. All seems to be going well for Samsung even as the company is currently embroiled in a legal battle with Apple over alleged patent infringement.

Join HWZ's Telegram channel here and catch all the latest tech news!
Our articles may contain affiliate links. If you buy through these links, we may earn a small commission.
Previous Story
Coming Soon: Dolby Digital Plus on Tablets
Next Story
ASUS RT-N65U Utilizes Dual CPUs & Turbo NAT to Optimize Performance