Note: This article was first published on 21st December 2017. 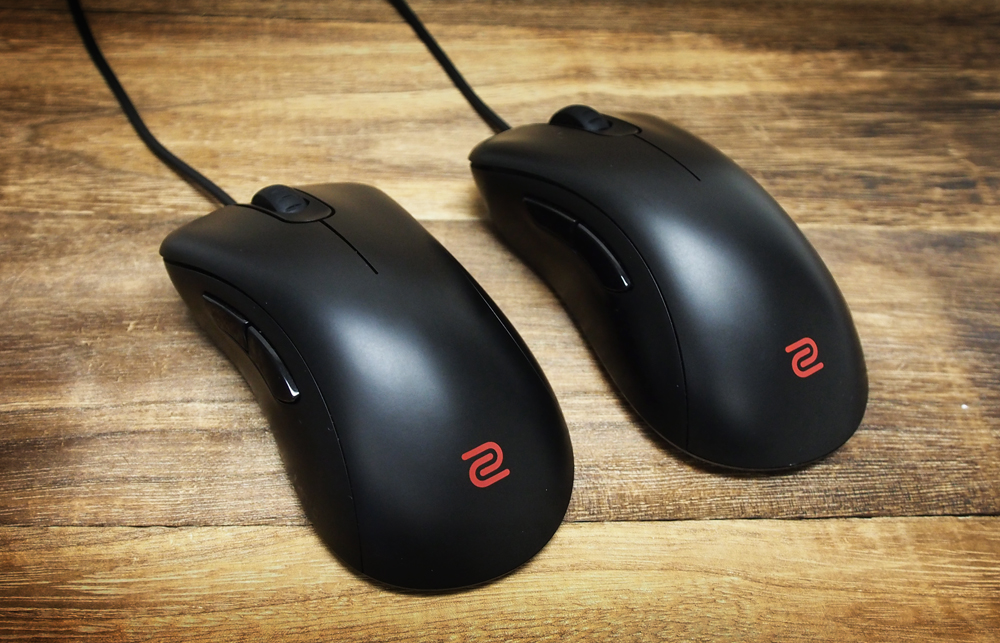 Many people have been waiting for Benq to update its Zowie range of FPS gaming mice to Pixart’s 3360 sensor, and now they’ve finally done it with the EC1-B and EC2-B. Zowie mice are generally known for their simplicity, but the attention to detail is what really sets them apart, and I'm happy to report that the EC1/2-B continue that trend.

The new EC1 and EC2 share the same shape, weight and finish as the older EC1-A and EC2-A, which, if you’re unfamiliar with, is an ergonomic right-handed design that is very similar to the old Microsoft IntelliMouse Explorer 3.0 – in fact, the EC series is probably the closest successor to the IME 3.0. It's a safe shape with a modest hump in the middle of the mouse and should fit most hands. I use a full palm grip and it's easily one of the most comfortable shapes I’ve used. 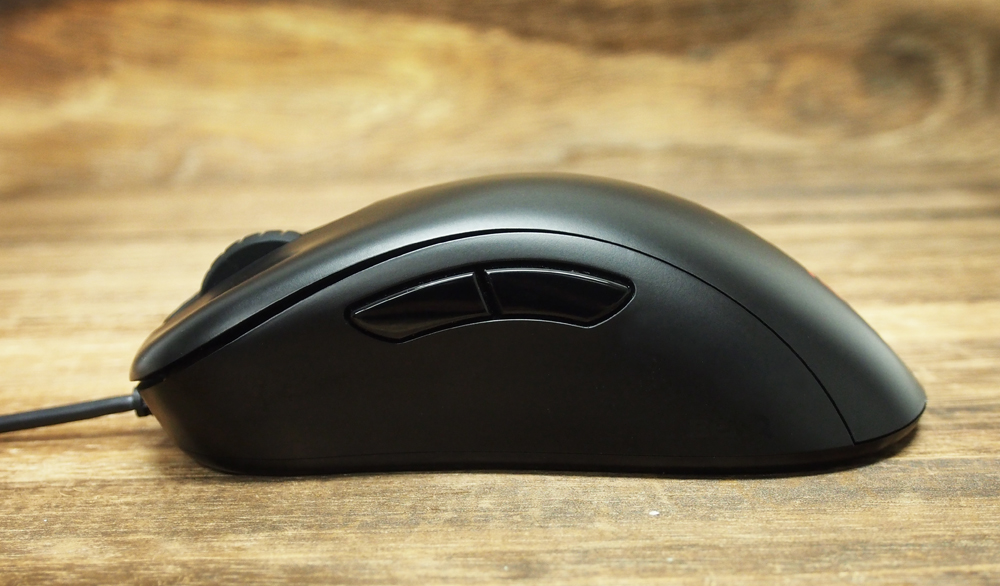 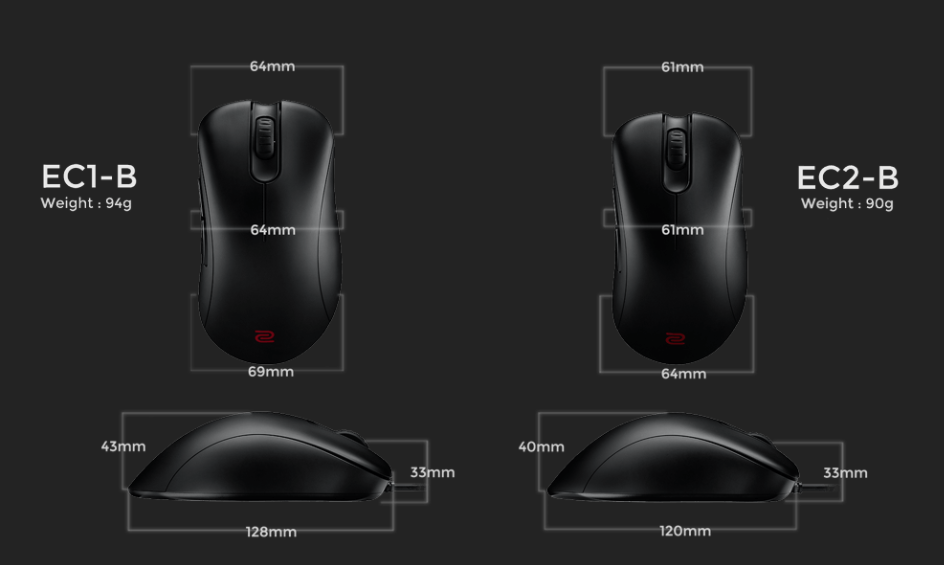 Personally, I have 19.5cm long hands and prefer the EC2-B. While I can use both comfortably, when I use the EC1, it feels like I'm placing my hand on top of the mouse, whereas with the EC2, it feels more like I'm wrapping my hand around the mouse, which I like. I also feel like my flick aim is better with the smaller, lighter EC2. 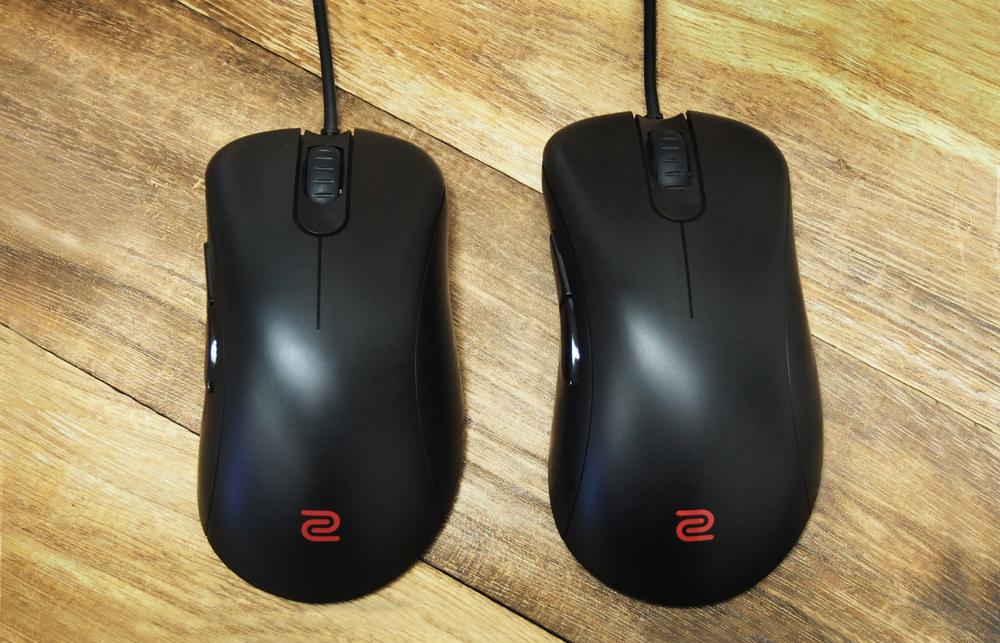 Zowie uses the same smooth matte black finish on the B series as it did on the A. Like all Zowie mice, it’s a minimalist design, and it doesn’t have the over-the-top look or RGB lighting you get with a lot of other gaming mice out there, but personally, I consider that a plus point. The finish feels great, although it is a bit of a smudge magnet and picks up oil from your fingers quite easily, leaving unsightly shiny spots. If you're a CS:GO fan, there's also a version with the CS:GO logo on it. Unfortunately for fans of Zowie's glossy white finish, Benq tells us that there are currently no plans to make a glossy white EC1/2-B. 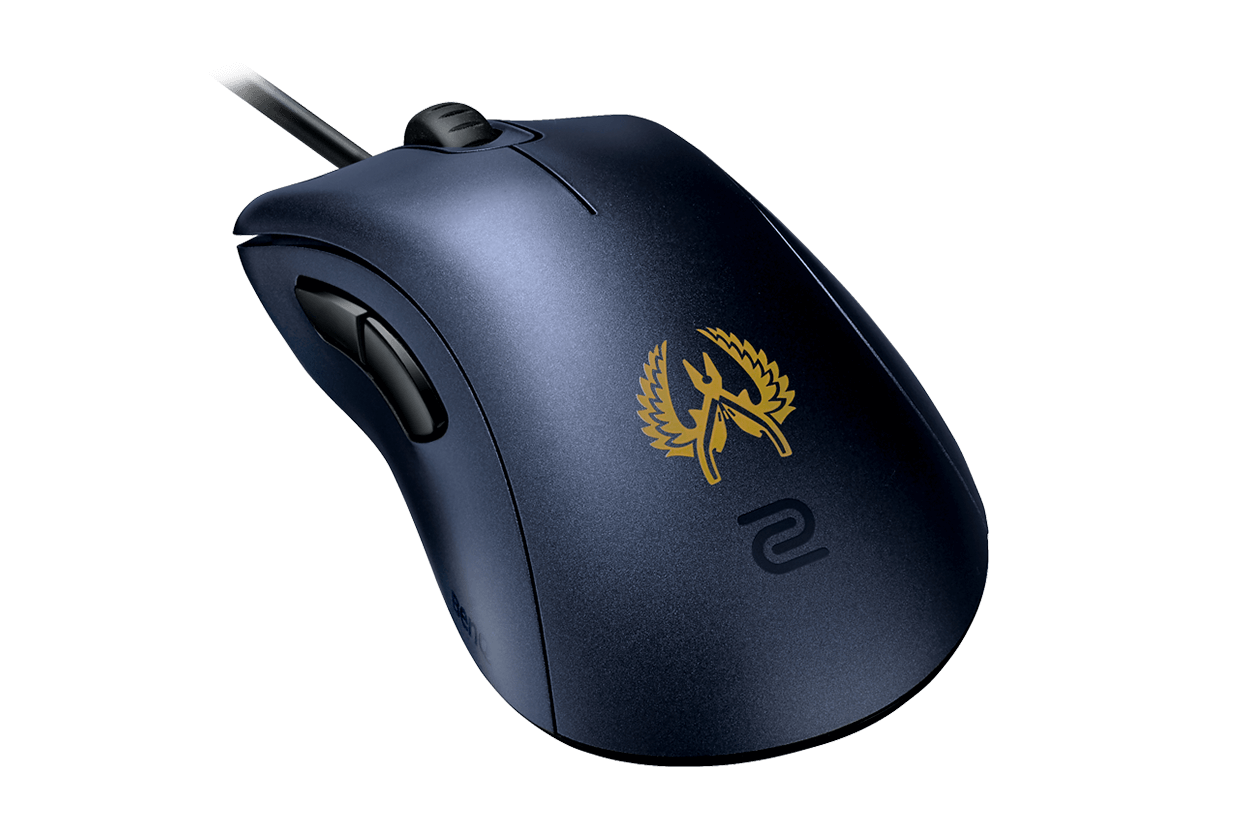 The scroll wheel on both mice is now black, and no longer lights up. The notched wheel still has 16 steps, but feels a lot firmer than the old version, with more distinct steps. The side buttons are also firmer, with a crisper click. As before, the switches under M1 and M2 are made by Huano, which are a bit heavier than the standard Omron switches you’ll find in most gaming mice. The heavier switches are great for FPS gaming as they prevent accidental misclicks, but they can take a bit of getting used to. 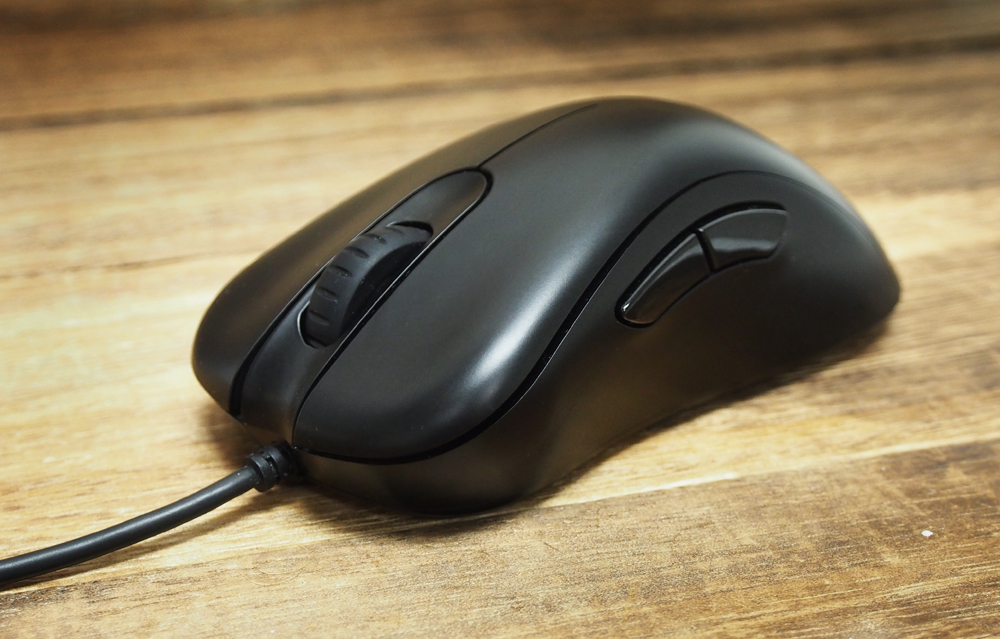 On the bottom of the mouse, there’s a new button for polling rate, which you can select between 125, 500, and 1000hz. As with all Zowie mice, there’s also a button here to change your DPI. The LED next to the DPI switch indicates which DPI you’re using: red = 400, pink = 800, blue = 1600, and green = 3200. There’s no software or drivers needed or even available for the mice, which means you can plug it in and use anywhere, but it also means that these are the only DPI settings available. Normally this isn't an issue, and I use 800 DPI in most games and on my desktop, but I know not everyone uses one of these four settings. And on very rare occasions you might want to go lower than 400 DPI - for example, when I play Payday 2, even with the in game sensitivity set to 0, I find 400 DPI to be too fast; I've learned to live with it, but being able to set an even lower DPI setting would be nice.

The feet have changed too, going from the huge pads on the A series, to four tiny feet in each corner of the mouse on the B series. The new feet are faster and feel very similar to aftermarket Hyperglides, and I suspect Zowie’s new stock feet are made out of pure Teflon. The reduced surface area, combined with the new material, makes the B series very fast and smooth. You also get four sets of extra replacement feet in the box - yes sets, as in 16 total replacement feet! 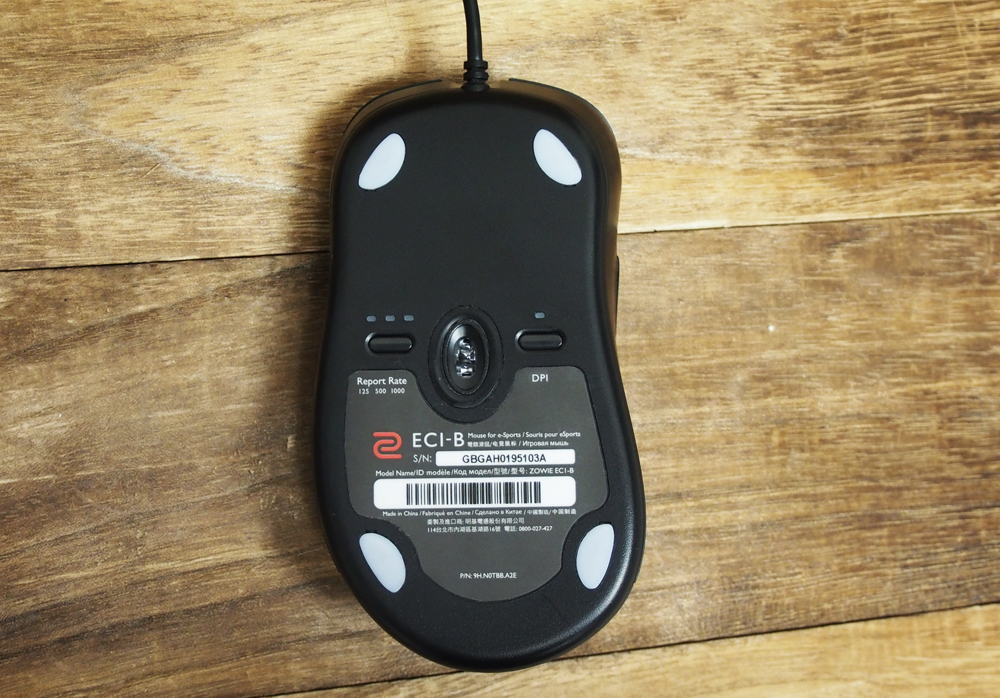 Like all of Zowie’s mice, the EC1/2-B use a lightweight rubber cable. If you're used to braided cables on gaming mice like the ones Logitech and Razer use, you might think Zowie's no frills approach looks cheap, but in my experience, lightweight rubber cables actually perform better. For starters, they're much lighter so they don't drag on your mouse mat. They also tend to kink less than braided cables. Personally, I've never actually had a mouse cable deteriorate or fray (in the same way charging cables can) so other than looks, I don't think there's much benefit to a braided cable.

As for the sensor, Pixart’s 3360 is widely regarded as the best sensor on the market, and for good reason. Zowie's implementation is as good as anything else out there - which includes the customized versions of the 3360 used by Logitech, Steelseries and Razer - and tracks perfectly with no acceleration or smoothing and, unlike the old 3310, has absolutely no tilt-slam or spin out issues. I didn't encounter any sensor rattle or other issues either.

The EC1/2-B are two of the best FPS gaming mice available right now. The lightweight ergonomic shape is a must-try for any right-handed palm/claw grip gamer, especially anyone who has previously used an IME 3.0, and the driverless fuss-free approach means you can take and use them anywhere. At S$129, they’re a little more expensive than the old A series, but with the improved scroll wheel, better side buttons, faster feet and the best sensor on the market, it’s worth paying a little bit more. Now how long until Benq updates the Zowie FK and ZA range?