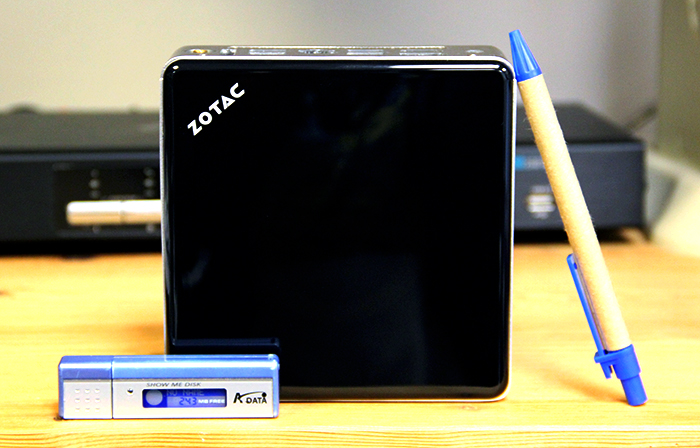 Early this year, we reviewed Intel’s NUC mini-PC. NUC stands for Next Unit of Computing and refers to a ultra small form factor PC with a motherboard that measures a scant four by four inches. This means that in terms of area, it occupies less than half the real estate of a mini-ITX board.

While Intel’s NUC Mini-PC is really compact and small, it has several limitations. To begin, it’s a barebones kit, requiring users to source for their own mSATA SSD and Mini PCIe wireless card. While the mSATA SSDs are becoming more commonplace these days, Mini PCIe wireless cards are still hard to source. In addition, Intel’s NUC Mini-PC did not have audio jacks, which makes it hard to pair with standard speakers and headphones. And then there’s the price of the kit and all the necessary components you would need to get it up and working.

Zotac aims to solve that problem with their ZBOX mini-PC, the ZBOX nano ID65. This mini-PC packs a more powerful Core i7 processor and offers loads more in terms of connectivity such as a whopping 6 USB ports, HDMI and DisplayPort video outputs. Is this the mini-PC to rule all others? We find out.

The Zotac ZBOX nano ID65 is powered by a dual-core Intel Core i7-3537U processor, which is slightly more powerful than the Core i3-3217U found on Intel’s NUC kits. The Core i7-3537U runs at a higher frequency - 2GHz vs. 1.8GHz - and benefits from a larger L3 cache - 4MB vs. 3MB. However, the integrated Intel HD Graphics 4000 GPU found in the two processors are completely identical.

Like Intel’s NUC kit, the ZBOX nano ID65 also comes as a barebones kit, which means users would need to source for their own memory and storage. Fortunately, the wireless card is provided. In addition, the Zotac Nano ID65 is able to to accept full-size 2.5-inch SATA drives, which means you are not limited to mSATA SSDs and can use regular notebook drives or SSDs. While that is good news, the Nano ID65 strangely offers only a single SO-DIMM slot for memory. Although this is unlikely to have a huge impact on performance, it does make shopping for memory a bit of a hassle since notebook memory are often sold in sticks of two. 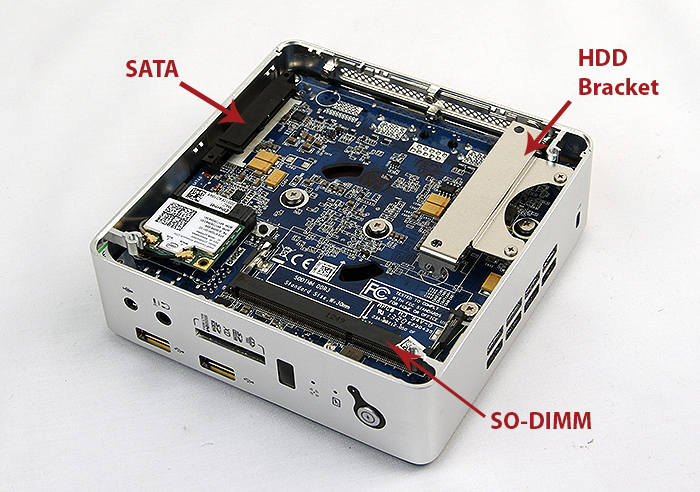 Cooling duties are handled by a single blower-style cooler on the flip side of the motherboard. For the most part, the ZBOX nano ID65 operates quietly, and only got noticeably loud when we were running our graphics benchmarks. 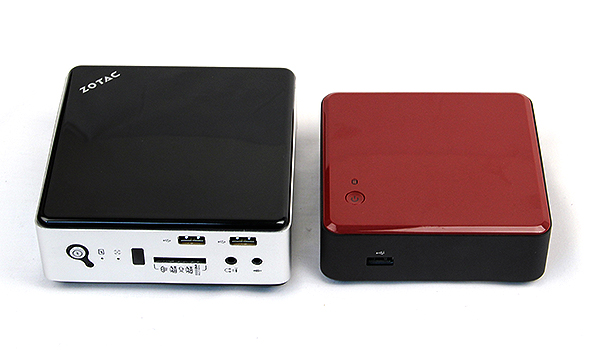 The Zotac ZBOX nano ID65 is simply designed with a glossy black plastic top and bottom covers and a brushed aluminum chassis. And although it is noticeably larger than the Intel NUC mini-PC and would not quite fit nicely in the palm of your hands, it is still very small and compact. The ZBOX Nano ID65 is small enough to be mounted behind displays using the supplied VESA mount. And with a weight of just 572g, slipping it into bags and carrying it around would also not be no problem. 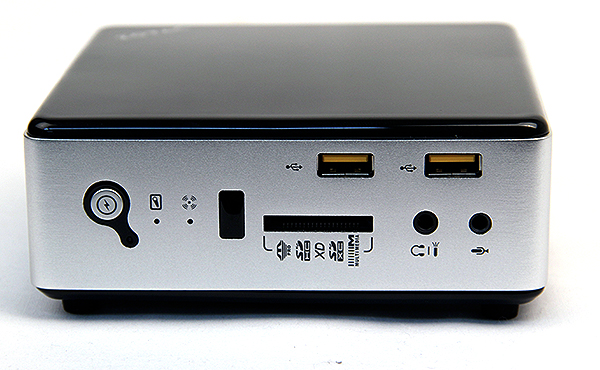 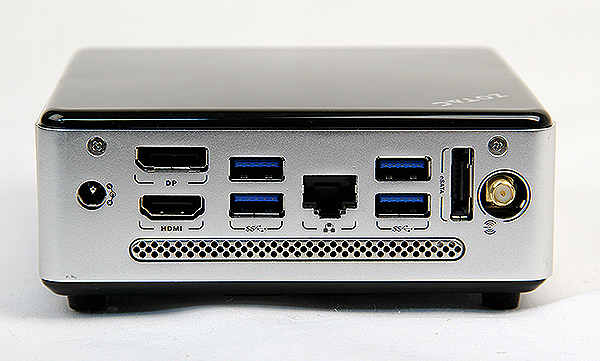 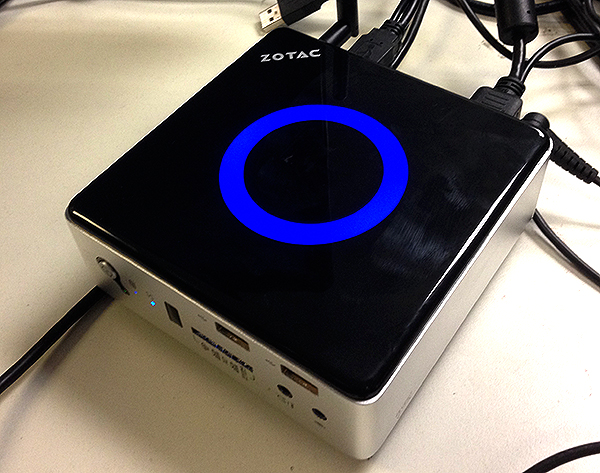 The ZBOX nano ID65 is not larger than the Intel NUC mini-PC without reason, apart from the slightly faster processor, it also offers a greater variety of I/O connectivity options. To begin, while the Intel NUC mini-PC only offered three USB ports (and 2.0 ports at that), the Zotac ups the ante with no less than six USB ports, four USB 3.0 ones and two regular USB 2.0 ports. It may not have a Thunderbolt port, but it gets by with an eSATA one. On top of that, the ZBOX nano ID65 also offers Gigabit Ethernet, a HDMI port and a DisplayPort. Finally, it tops it off with headphones and microphone jacks. The inclusion of these ports augments the key weaknesses of Intel’s NUC offerings and greatly increases the usability of the ZBOX nano ID65.

However, we feel that Zotac should have swapped the front two USB 2.0 ports for the newer 3.0 standard. This would make it easier for users to plug in their USB 3.0 compatible external storage devices, but this is a very minor nitpick with relevance to the unit's size and overall usability.

Write a Review
Compare This | Specifications
Generous connectivity options
Small and light
Quiet operation
Poor graphics performance
Single-channel memory
Pricey when you consider additional costs of components
Our articles may contain affiliate links. If you buy through these links, we may earn a small commission.
Sponsored Links