A Bright Spot in a Dull Place 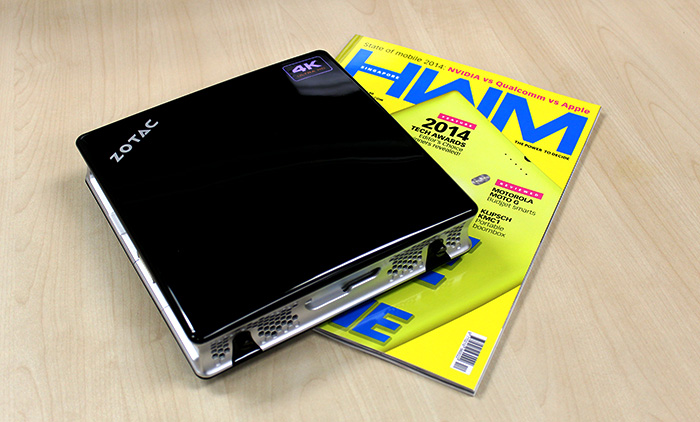 It has been said that Mini-PCs are the only "bright spot" in a shrinking PC industry. According to Lisa Graff who is vice president of Intel’s PC Client Group, sales of Mini-PCs have shot from nearly zero units in 2012 to over a million in 2013. This growth has been led by devices such as Intel’s NUC Mini-PCs, Zotac's ZBOX Mini-PCs, Gigabyte’s Brix Mini-PCs and Lenovo’s M93p Tiny Mini-PC.

These devices have appealed to consumers because of their compact size, small footprint, decent performance and relative affordability. In fact, Intel’s last NUC D54250WYB kit improves on its predecessor - the NUC DC3127BY kit - by offering even more performance and in an even smaller form factor.

However, Intel is not the only one capitalizing on the increasing popularity of Mini-PCs. Gigabyte has just refreshed its Brix Mini-PCs with the latest Haswell processors, and Zotac with its ZBOX line-up has always been active in the Mini-PC space.

Speaking of Zotac, we last reviewed their ZBOX nano ID65 which managed to cram more connectivity options at an almost similar footprint to Intel's compact NUC system, but was let down in performance and competitive positioning. However, the Hong Kong-based tech company has several Mini-PC options and it has just released its ZBOX IQ01 Mini-PC that we've gotten for review. Although it is larger than some of the above mentioned ultra compact systems, we've chosen to take a look under its hood and see what else it might offer over its nano series and the rest of the competitive playing field. 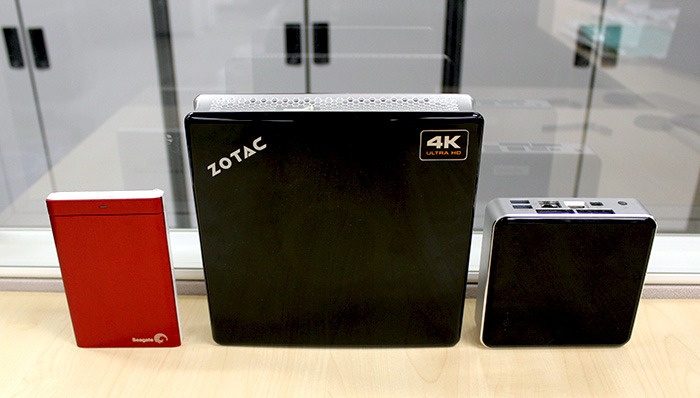 What's interesting about the Zotac ZBOX IQ01 Mini-PC is that it's easily one of the most powerful Mini-PCs in the market right now thanks to its Core i7-4770T processor. The Core i7-4770T is a quad-core processor that runs at 2.5GHz and has a generous 8MB of L3 cache. The "T" suffix means it is power optimized and has a relatively low TDP of 45W, but it is still a fairly beefy processor and is much more powerful than the dual-core Core i5-4250U found in Intel NUC D54250WYB. However, instead of Intel's newer and more powerful Iris Pro integrated GPUs, the Core i7-4770T comes with the older Intel HD Graphics 4600 integrated GPU. If anything, graphics performance should prove to be its weak link. 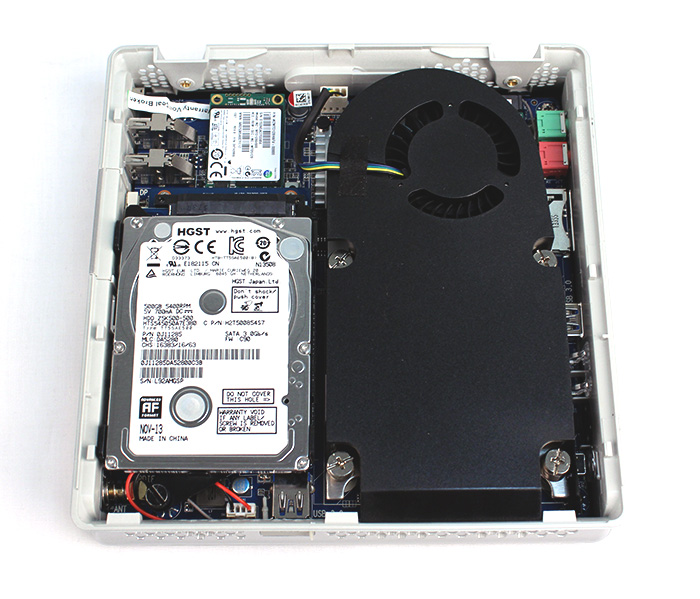 The Zotac ZBOX IQ01 Mini-PC comes as a barebones kit, so users would have to provide their own memory and storage. The Zotac ZBOX IQ01 features two SO-DIMM slots that supports up to 16GB of DDR3-1600MHz memory; and as for storage, it has a single SATA 6Gbps port that can accommodate 2.5-inch hard disk drives or SSDs and an mSATA port for mSATA SSDs. This gives users the ability to pair a super-fast mSATA SSD with a high capacity hard disk drive for the best of both worlds. 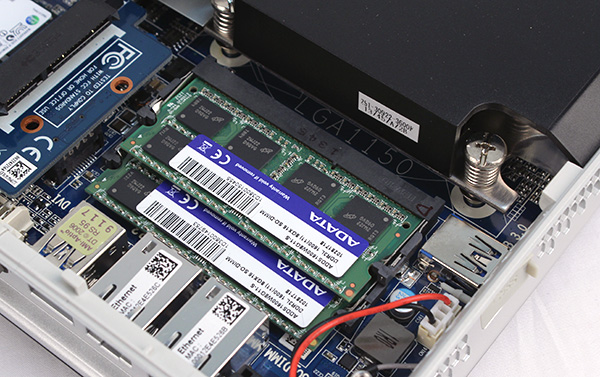 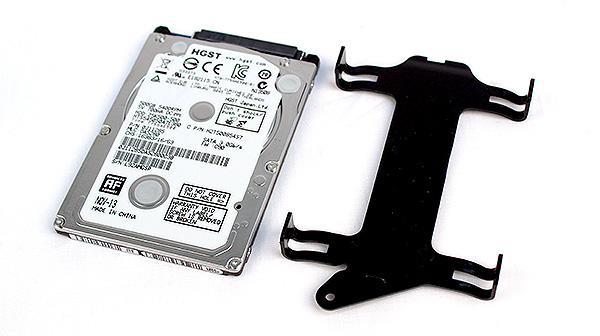 Thankfully, installation is very straightforward and mostly a tool-free process. The internals can be easily accessed simply by removing two thumbscrews and the panel, thereafter we can see that both the memory and storage components are easily accessible and dead simple to install. Memory modules can simply be slid into the SO-DIMM slots, and it is the same for mSATA SSDs too as it utilizes a tool-free catch to secure the drive in place. For 2.5-inch drives, an ingenious tool-free rack is used in conjunction with a single thumbscrew to ensure stability during operation. All in all, the Zotac ZBOX IQ01 is one of the easiest Mini-PCs to install and setup. 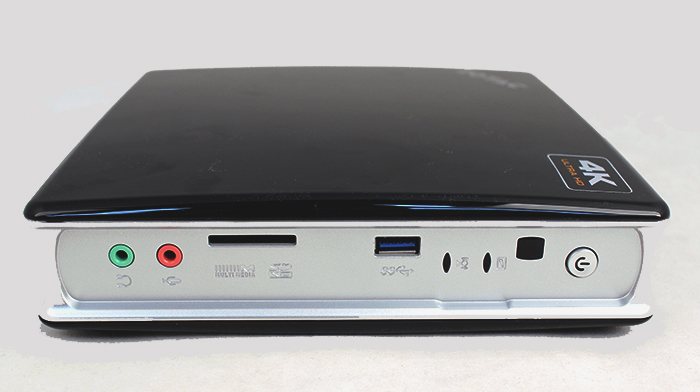 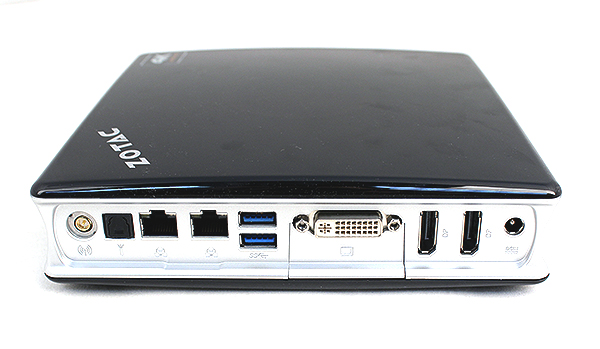 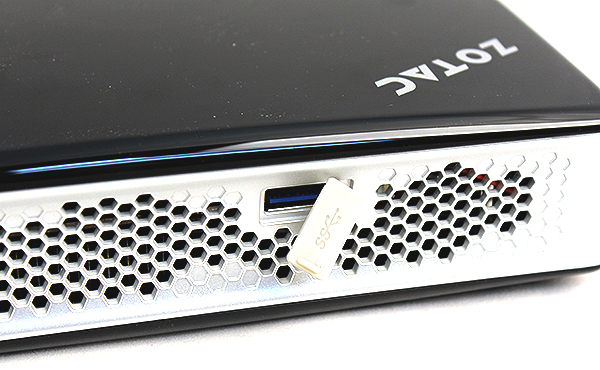 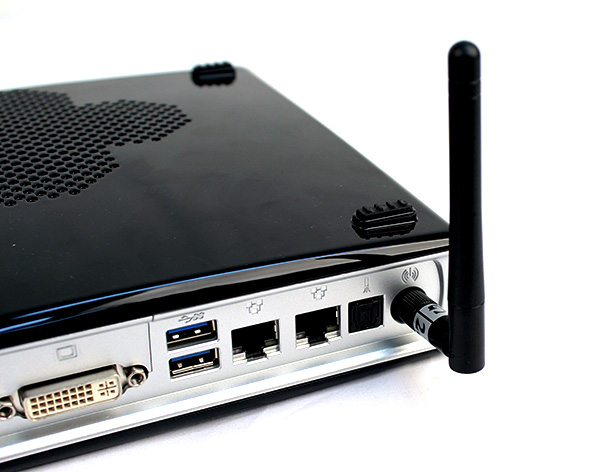 Recognizing that Mini-PCs often offer limited ports and connectivity options, the IQ01 comes with no less than four USB 3.0 ports, a memory card reader, support for the latest Wireless-AC standard, two DisplayPorts, a dual-link DVI port, and not one but two Gigabit Ethernet ports. There might be no HDMI ports, but a DVI to HDMI adapter is thrown in so you can easily hook the Zotac ZBOX IQ01 up to your televisions.

In terms of size, the IQ01 is noticeable larger than the Intel’s NUC and Gigabyte’s BRIX Mini-PCs, but still remains fairly compact. It also comes with a VESA mount so you can mount it behind your VESA compliant display. In terms of design, its chassis is mostly plastic, with two glossy black top and bottom panels and a matte silver mid-section. Also, a blue ring glows on the top panel when the system is turned on - a dash of pizzazz to an otherwise bland design. Here's the basic specs list of the IQ01 Mini-PC:-