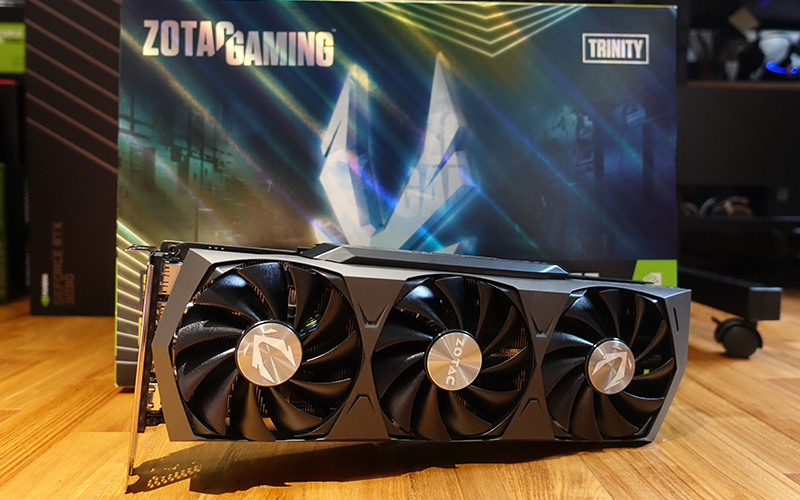 The Zotac Gaming GeForce RTX 3080 Trinity sits pretty low in Zotac's hierarchy of cards, coming in below models with more bells-and-whistles like the Zotac Gaming GeForce RTX 3080 AMP Extreme Holo. It is one of the more plain-looking custom cards on the market, featuring a simple plastic black shroud that houses three fans. It's a pretty stealthy and minimalist look overall, and the front face of the shroud and fans remain unadorned by any LEDs.

Measuring 317.8 x 120.7 x 58mm, this is a fairly long and thick card, requiring a good three expansion card slots of clearance for its 2.5-slot design. You'll also want to make sure you've got enough room in your case for it, and some cases may even require you to remove the drive cage at the front.

The card uses Zotac's new IceStorm 2.0 cooling system, which has been built specifically to offer wider coverage of the GPU. The new 11-blade 90mm fans are supposed to increase airflow by up to 10% compared to the previous-generation design, while the heat sink comprises three groups of aluminum fin stacks and seven copper heat pipes to improve heat transfer and distribution. The heat pipe layout has also been improved to increase direct GPU contact in a more densely packed space. The GPU die makes contact with a large base plate, and it's framed by thermal pads to help whisk heat away from the surrounding components, such as the memory chips. 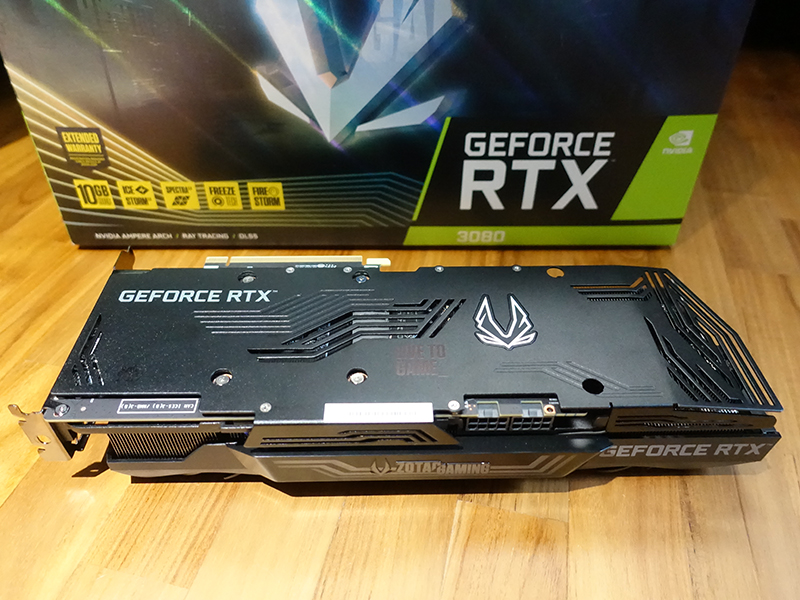 The three fans support semi-passive operation, or what Zotac calls Freeze Fan Stop. The fans will automatically spin down when the GPU is idle, reducing wear-and-tear and also system noise when loads are low. In addition, Zotac also offers something called Active Fan Control, which allows you to have more control over the fans in the FireStorm software. You can adjust the fan speeds independently of each other and increase airflow to specific areas of the card if you wish. A reinforcing metal frame helps provide some extra rigidity for the card, and also adds a measure of passive cooling for the VRM circuitry. Finally, a metal die-cast backplate covers the rear of the PCB, adding further structural reinforcement and also an illuminated Zotac logo. It's pretty neat and looks good in person, adding a unique bit of flair to what is otherwise a pretty plain design.

Those aren't the only LEDs found on the card though, and the side profile of the card also lights up in Zotac's Spectra 2.0 lighting. You can customise it using the company's FireStorm software, and it'll ensure that your card stand out through the side window of your case. 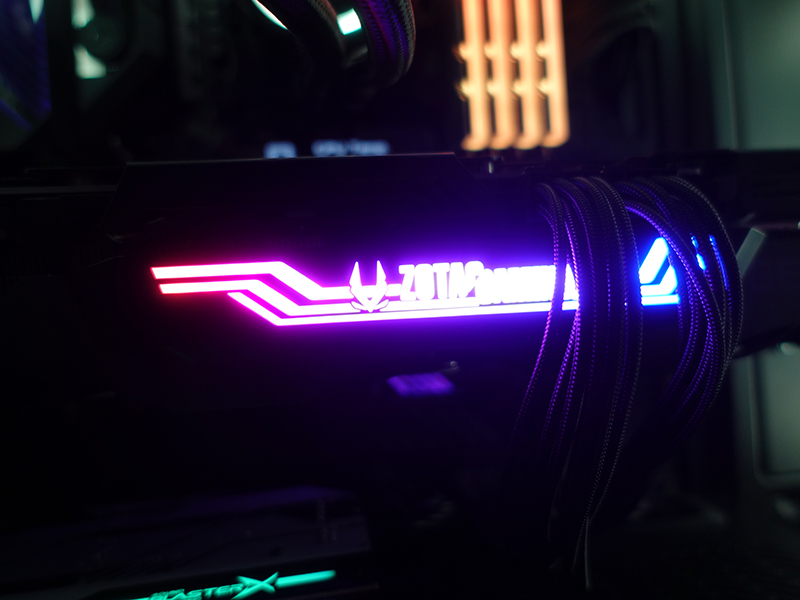 You'll need dual 8-pin PCIe power connectors to power the card, like many other custom cards on the market. It's a relief not to have to use NVIDIA's odd-looking 12-pin adapter, and it also means that custom uni-sleeved cables will look better when paired with the card as well. Round the back, you get three DisplayPort 1.4 and a single HDMI 2.1 display output, the same as the Founders Edition card. So how does it perform? Hit the next page to find out!