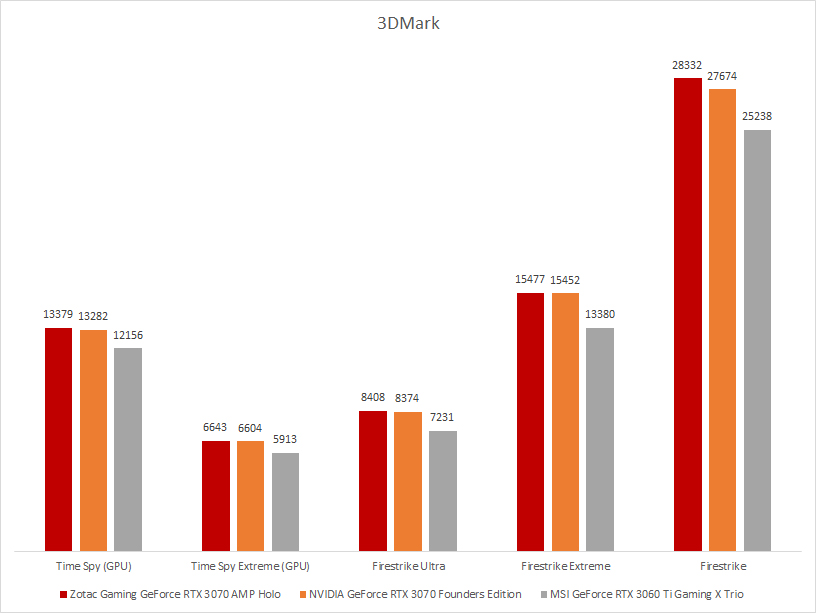 However, despite the close performance in 3DMark, the Zotac Gaming GeForce RTX 3070 AMP Holo fell behind its Founders Edition counterpart in real-world gaming benchmarks. This was slightly disappointing, and the performance differential was as large as 27% in Metro: Exodus. 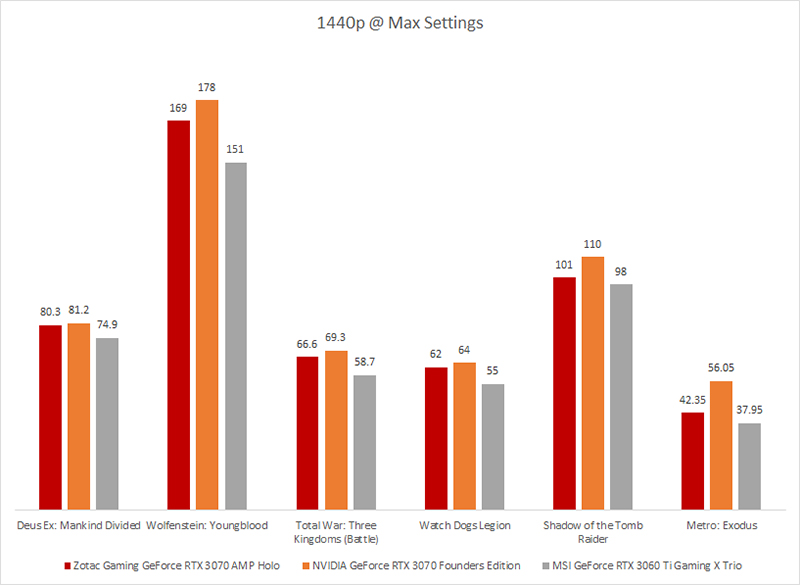 This was the case as well at 4K settings, with the Zotac card trailing the Founders Edition card by roughly 14% in Shadow of the Tomb Raider. Fortunately, the numbers were more even in the other games tested, with fewer gaps in performance between the two. 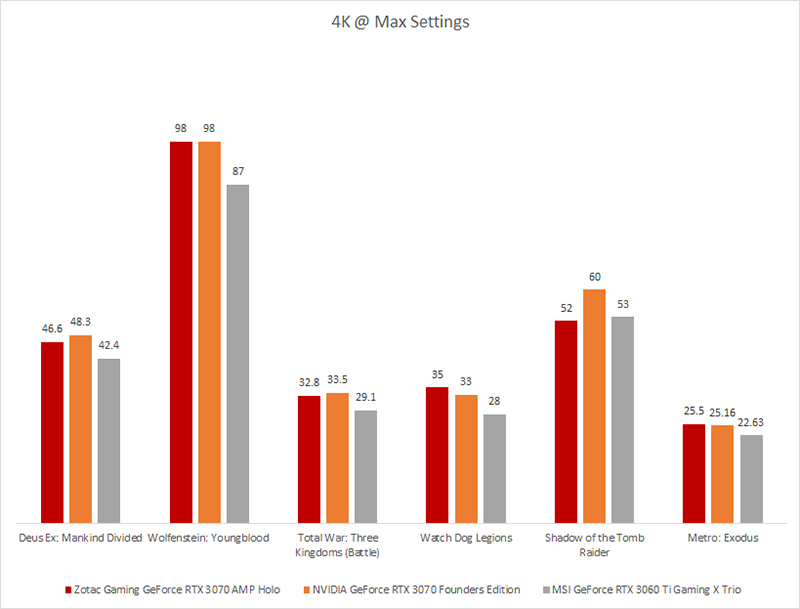 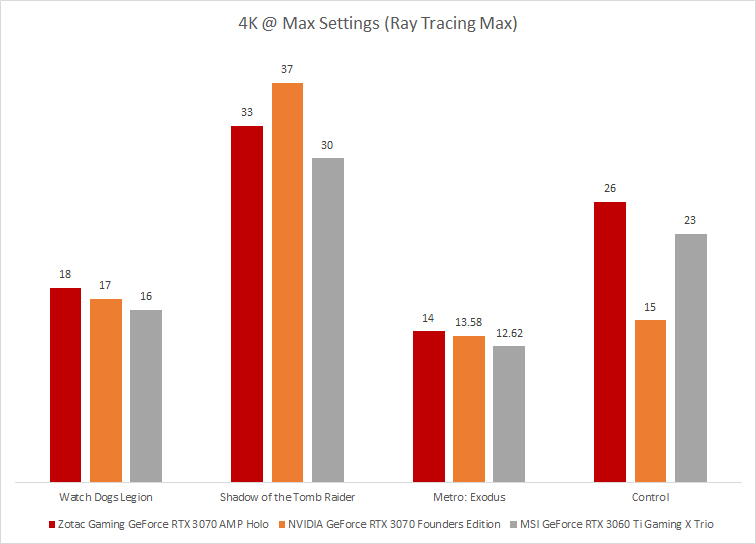 The Zotac Gaming GeForce RTX 3070 AMP Holo sports a really unique, interesting design. The iridescent finish is something that no other card offers, and the RGB lighting will ensure that it really stands out in your case. Unfortunately, performance was a bit of a mixed bag, with the card lagging behind the Founders Edition model at times. Thermal performance was solid however, and Zotac's cooling upgrades are really showing here.

It's a solid card for 1440p gaming, assuming you can even find one given the current situation with GPU availability, or lack thereof. The card is a tough sell given the current inflated prices though, and prices will need to normalise before it shows its true value.