ZoneOut: HTC Hero - In the Nick of Time

The HTC Magic that was launched in the first half came with the Cupcake update for its Android OS. Similarly, the Hero will sport an update of sorts. Not from the Google end, but from HTC themselves. This is the Sense UI. To make sense of what the Hero is, one needs to understand the concept behind the Sense UI.

The HTC Sense UI is primarily a widget-centric interface. This allows instant access and information feed to users without delving deep into the Hero's menu and settings. The Cupcake update did give the stock Android interface a means to add widgets, be it from Google or from developers via the Android market. HTC has taken upon itself to bundle the Hero with its own customized widgets. And in comparison, the new Sense UI gives not only three, but seven pages for the user to customize to their heart's content.

Some things do stay the same, such as the Notifications page that is pulled down from the top. Others, get a slight tweak. This is apparent when one takes a look at the bottom of the interface. Sitting right smack in the center is the Phone icon, which is pretty self-explanatory. Flanking the Phone icon is the Main Menu (on the left) and the Widgets menu (on the right). This layout makes more sense to us, since the Hero is first and foremost a mobile phone. 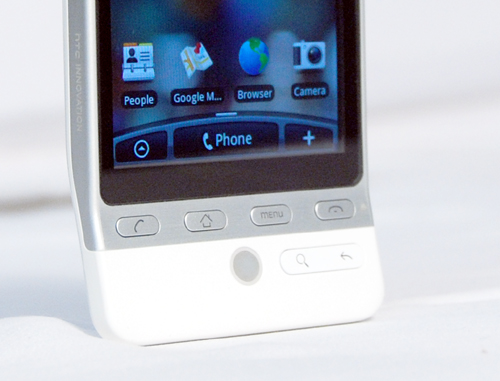 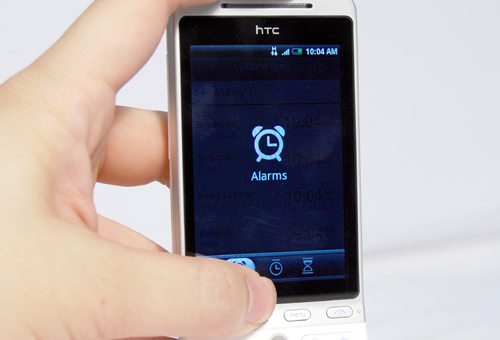 Beyond this seven page customization, the Sense UI can be tweaked even more with different Scenes. This is essentially a way to save your customized pages accordingly. By default, the Hero is loaded with the following scenes - HTC, Social, Work, Play and Travel. Each of these default Scenes correspond to what its name implies, with the necessary widgets preloaded for immediate use. Of course, one can easily remove or add widgets of their choice, and save it as another Scene of your own naming. 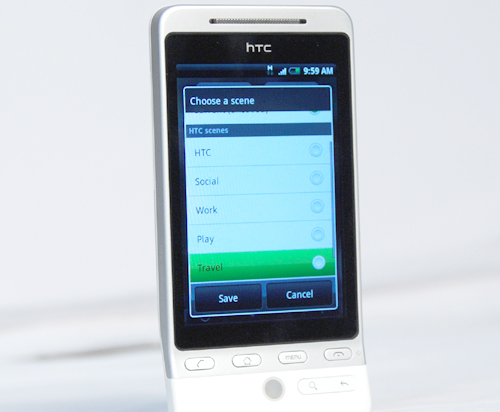