ZoneOut: HTC Hero - In the Nick of Time

As a device manufacturer, HTC is probably performing on the same level as its immediate competitors such as Samsung and LG. Its devices are definitely on track in terms of technological level, but it isn't making breakthrough achievements in its specifications. To put themselves above and beyond, they did what's most logical - placing a strong emphasis on great design. The Hero is simplistic in nature, yet it is the simple nature that attracts the man on the street.

Putting its simple design aside, its intuitive Sense UI definitely stole the limelight as it's the phone's strongest highlight. The Sense UI is essentially all about widgets. On the surface, that seems to be it, but it's the experience that gives it the edge. The latest ROM update was splendidly smooth in terms of speed and performance. This will probably debunk the story of its sluggish performance as reported by others during its initial launch (which we can't comment on as we weren't privy to the ROM that predates this one).

The Sense UI is also heavily focused on its aesthetics. Keeping in line with the sleek and sophisticated look seen on the HTC TouchFlo 3D, we do see a semblance of the earlier mentioned UI's trademark design on the Sense UI. By including its very own widgets that improves upon the stock widgets (such as Calendar, Music and Clock) and adding its unique widgets, HTC is giving consumers something to drool over, even if they aren't the biggest fans of the relatively new Android platform. 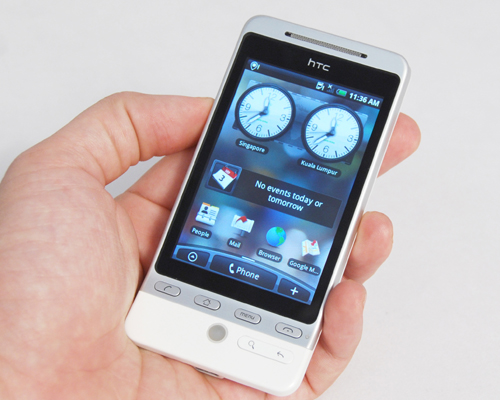 Usability is great on the Hero, and we found ourselves fiddling with its functions and going through more apps for download on the Android Market. The level of customization is high with the Hero. And if you're an internet junkie, you'll find constantly surfing the web or checking your Twitter account is easily managed. All this, and more, without worrying about the Hero dying on you too quickly. We've demonstrated how the Hero is able to survive our battery stress test at up to nearly five hours, and on the move, it was able to attain almost two days of uptime with moderate usage.

The Hero's strength is obvious in its delivery of its interface, but like most superheroes, it does have a weak spot. In HTC's case, it's always the camera. HTC is in need of improving upon its device's imaging quality to keep up with the competition. And the competition is getting stronger, with the advent of mobile devices such as the Sony Ericssion Satio that's breaking into the 12-megapixel imaging scene. 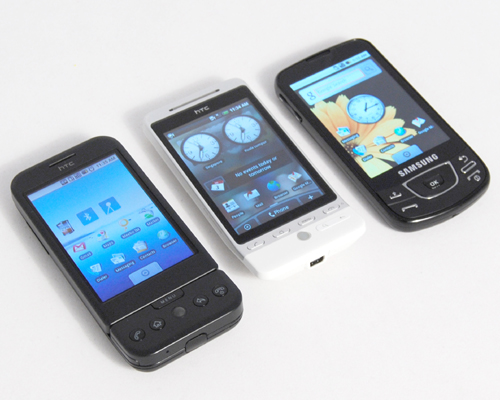 For all that's been presented, we found the HTC Hero to be one of the best Android devices to date, thanks to the Sense UI. Of course, they are the dominant force for now, seeing as how manufacturers such as LG, Sony Ericsson and Samsung are only just starting to announce the availability of their own Android devices. The biggest carrot that HTC has dangled, is the price point of S$898 for the Hero. Amongst its recent Android announcements, this is probably one of the most reasonably priced devices. For that, and its Sense UI, we give HTC the thumbs up for a fine job in keeping the fledgling Android platform going strong with a great phone to boot as well.