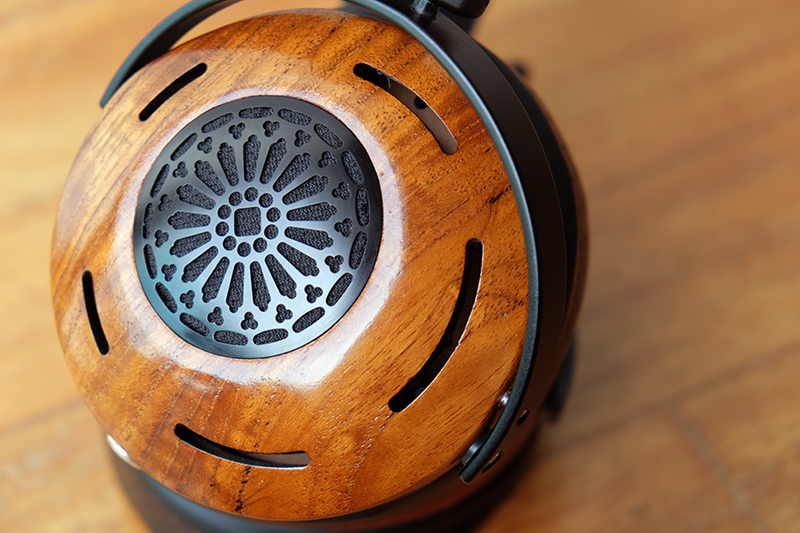 As you can probably tell from the photos, the Auteur’s design isn’t as “open” as most other open-back headphones. As a matter of fact, Zach himself considers the Auteur to be about 80% to 85% open. Inside the wooden ear cups are 50mm-wide bio-cellulose drivers. Bio-cellulose isn’t widely used in headphones but they are favored by some manufacturers (Sony and Fostex) for their lightness and rigidity. And although these are the same drivers used in the ZMF Eikon, the ear cup had to be redesigned so that it works optimally as an open-back headphone. Interestingly, there is no damping material in the ear cup and the back of the drivers are lined with acoustically transparent fabric.

Also interesting was the decision to use high impedance drivers. This allows the drivers to pair well with tube amplifiers, which typically have high impedance outputs. The Auteur’s drivers, like the Eikon’s, have an impedance of 300 ohms. With sensitivity is rated at 97dB/mW, what this means is that the Auteur will require a headphone amplifier to sound its very best.

According to the ZMF, the Auteur’s sound signature represents their take on what a “neutral” sound is. To evaluate its performance, I called up three headphones that were in same price category - the Audeze LCD-3, Focal Clear, and Sennheiser HD 800 S - for a listen as well. 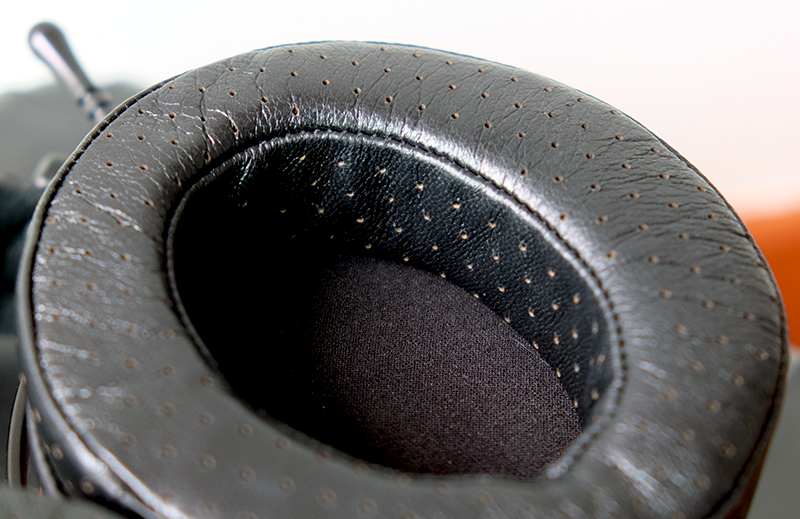 I began by playing some hip-hop and EDM tracks like Mos Def’s Ms. Fat Booty and Tritonal’s Murakami and the first thing that struck me about the Auteur is how clean and punchy the bass is and how deep it extends. Audeze’s LCD headphones are well regarded for their bass performance and although I didn’t think the Auteur punched as hard or extended as deep as the LCD-3 did, I also didn’t think it was far behind.

Would I consider the Auteur’s bass slightly emphasized? I think I would. I find it a bit north of neutral, but only very slightly. If anything, it is tastefully boosted, providing just enough oomph to tracks to keep things entertaining without going overboard.

The Auteur’s mid-range is mostly smooth and quite balanced. As a result, I find vocals to be mostly forward enough so that it is intimate but not so much so that it is shouty or in your face. This can be best appreciated on tracks like Sara Bareilles’ Manhattan and Jacky Cheung’s 情書. I find it on a par with the Sennheiser HD 800 S and Focal Clear, losing only to the Audeze LCD-3 in terms of lushness.

However, depending on your sensitivity to treble, vocalists that sing at higher vocal ranges can sound overpowering. G.E.M, who mostly sings in a mezzo-soprano voice, sounded a little too harsh for me. Likewise, some instruments, like the piano, can sound a little overly bright. For example, I thought Ryuichi Sakamoto’s Merry Christmas Mr. Lawrence sounded less calming than it should with the high notes sounding slightly jarring. The Focal Clear was the best in this regard as its treble sounded the most accurate and airy. 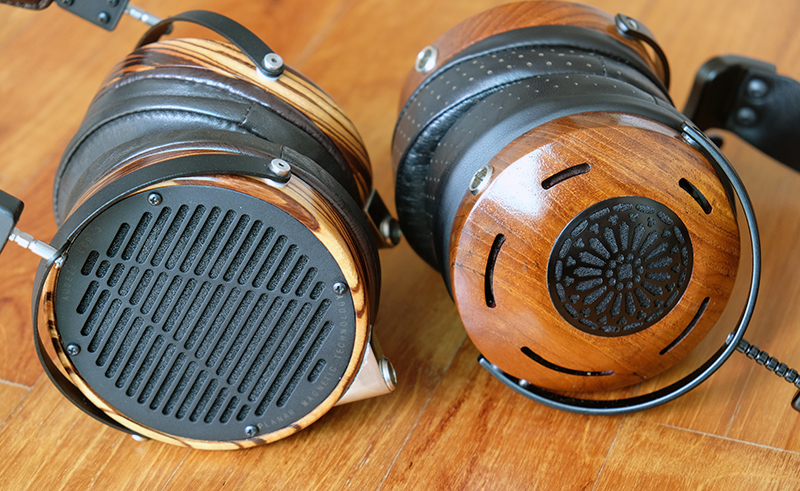 Despite being not as open as most of its contemporaries, the soundstage of the Auteur is pretty expansive. It can’t hold a candle to the Sennheiser HD 800 S, but it sounded just about as wide as the Audeze LCD-3 and Focal Clear. Speaking of which, there is some attenuation of ambient noise when you have the Auteur on. Likewise, the Auteur doesn’t leak as much sound as other open-back headphones in its class.

Zach describes the ZMF Sound is described as a balance between analytical and musical, and as being detailed and revealing without being overly cold and unmoving. These adjectives describe the Auteur quite perfectly. Other words that I would use to describe the Auteur’s sound are: authoritative, balanced, clear, dynamic, engaging, and punchy. Consequently, the Auteur is best suited for more modern music genres like rock, pop, metal, electronic, dance, etc.

I won’t consider the Auteur to be completely neutral (I think its very slightly warm) but that isn't necessarily a bad thing. Thanks to its slightly warm tone and dynamism, the Auteur never sounds dull or lifeless. It just sounds very alluring and inviting. Another trait that I like about the Auteur is that it is detailed without being too unforgiving. Very often high-end headphones are too ruthless, which can make poor recordings sound even worse. That’s not the case with the Auteur as it has this ability to even make poor recordings sound quite good. For readers who listen to a wide variety of music, this is a good thing.

In the end, my only real complaint would be its slightly hot upper mid and lower treble region. But fortunately this isn’t an overly big issue since, in the grand scheme of things, the overall tonality and sound signature is mostly very pleasant and enjoyable. 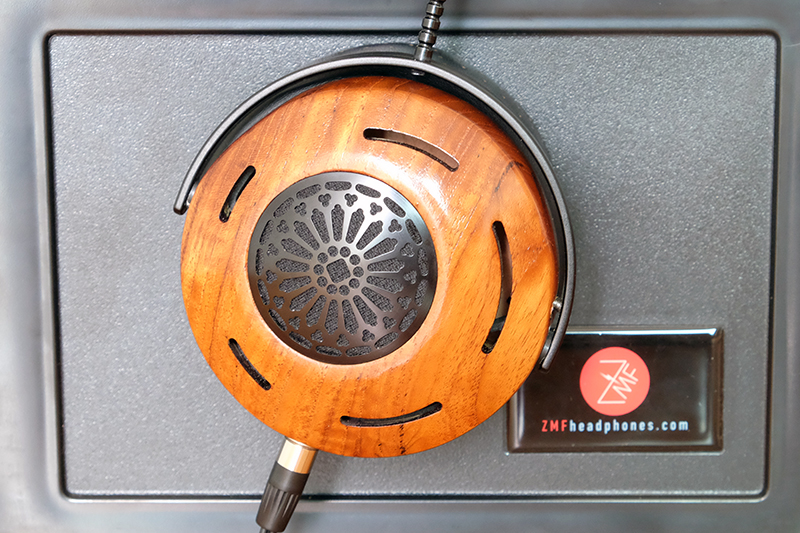 Gorgeously handcrafted and with a pleasing and engaging sound, the ZMF Auteur is a headphone that was clearly built by enthusiasts for enthusiasts. The ZMF Auteur might be heavy, but that’s a small price to pay for its solid construction and good looks. Let me ask you, would you rather the Auteur’s alliance of metal and wood or the plasticky affair that is the Sennheiser HD 800 S?

The Auteur sounds pretty fantastic too. With the exception of the slightly over-emphasized upper mids and lower treble, the Auteur is fantastically smooth, engaging, and punchy. For an open-back headphone, it packs a tremendous bass punch.

Compared to its rivals in this price category, I would say its sound signature seats somewhere between the Sennheiser HD 800 S and Audeze LCD-3, though closer to the LCD-3. It is neither as cold as the Sennheiser nor is it as lush and musical as the LCD-3.

Surprisingly, the Auteur shares the most similarities with the Focal Clear. The Clear, however, has the upper edge in terms of overall tonality and balance, but I felt the Auteur had more body to the sound and was more exciting and captivating and therefore more likable. Truth be told, all are great headphones and it depends on the kind of sound that you like. 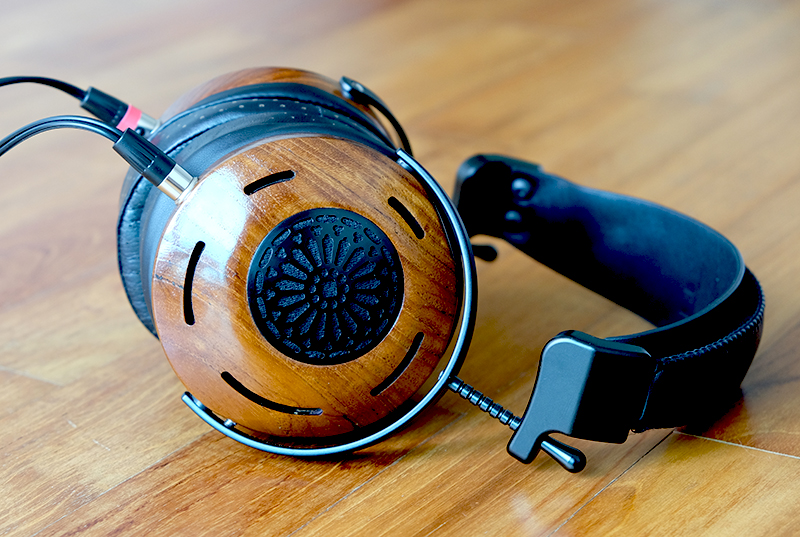 At S$2,400, the Auteurs are pricey, but I would say that its performance commensurate nicely with its price. However, ZMF could really sweeten the deal by offering more cables as standard. At such price points and with headphones of such pedigree, I feel that 4-pin XLR balanced cables should come as standard. After all, Focal and Sennheiser both come with an additional 4-pin XLR balanced cables as standard. If you are ready to splash the cash on a pair of high-end headphones, you owe it to yourself to give the Auteur an audition. They are very likable and pleasant-sounding headphones.

The limited edition blackwood Auteurs are considerably pricier at S$2,850 and are a much harder sell. I would be hesitant to recommend them over the standard model. There are some noticeable changes in sound, but they aren’t earth-shattering and won’t detract from the listening experience. Therefore, you should regard them as aesthetic upgrades and should only consider them if you like the look of the wood that is on offer.