Sound bars have become increasingly popular and this can probably be attributed to two main reasons. One, the size of new homes in land scarce Singapore has been shrinking, making it either difficult or impractical to have multi-speaker setups. Secondly, and perhaps more importantly, the performance and capabilities of these sound bars have been steadily improving.

Yamaha has been carving for itself a solid reputation in the realm of sound bars and their YSP line of what they call "digital sound projectors" is highly revered. However, they are usually accompanied by high price tags, which puts them out of the range of most casual and mainstream users. Fortunately, Yamaha is keen to extend its customer and fan base and has released a new entry-level digital sound projector called the YSP-1400. Announced last year, but was only available locally this year, the new YSP-1400 is substantially more affordable than the rest of its brethren, Yamaha promises that it will deliver the same high quality surround sound experience that has come to define its award-winning YSP range of digital sound projectors. Let’s find out if this is true.

As the 'baby' of the YSP range, the YSP-1400 is slightly more compact as compared to the higher end models, measuring about a meter long and standing at slightly under 10cm high at its thickest point. It is available in black and white and has a glossy piano-like finish, which makes it a bit of a fingerprint and scratch magnet, so be sure to handle it carefully. 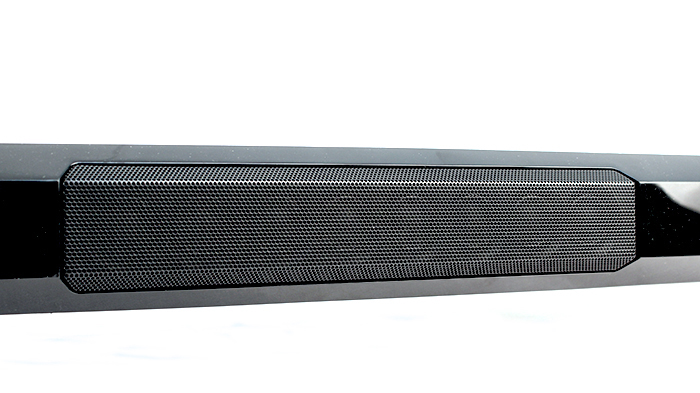 Size aside, the main difference between the YSP-1400 and its more costly siblings is the number of beam drivers, so-called because they project sound beams to bounce off walls to create a surround sound effect. The YSP-1400 has 8 beam drivers, each of them around 2.8cm in size. Just to give a sense of perspective, the YSP-2200 has 16, while the YSP-4300 and YSP-5100 have 22 and 40 respectively. Despite, the obvious discrepancy, Yamaha is adamant that the YSP-1400 will be able to live up to users’ high expectations. Beam drivers aside, the YSP-1400 also has dual 8.5cm woofers built into its stands. This negates an immediate need for a standalone subwoofer, which makes for easier and a more convenient setup. 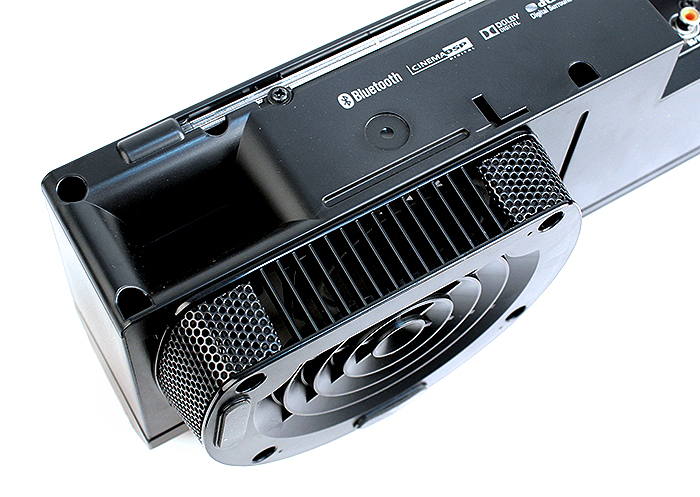 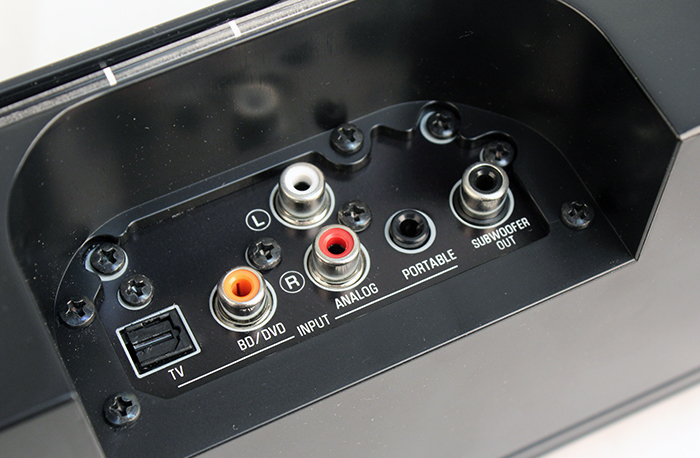 Since sound bars are often positioned directly in front of TVs, they often block the TV’s IR receiver. Fortunately, the YSP-1400 features a TV remote repeater on its back that repeats the signal and transmits it to the TV so that even if the speaker blocks the TV’s IR receiver, you can still use your TV remote.

Around the back, the YSP-1400 offers a relatively simple selection of inputs including a single digital optical jack, a single digital coaxial jack, analog RCA and a standard 3.5mm audio jack. The lack of a HDMI port is quite glaring, and the YSP-1400 should also have come with a USB port for easy playback of MP3 tracks. Bassheads will be pleased to know that the YSP-1400 also has a subwoofer output jack that can be used with an additional subwoofer unit. 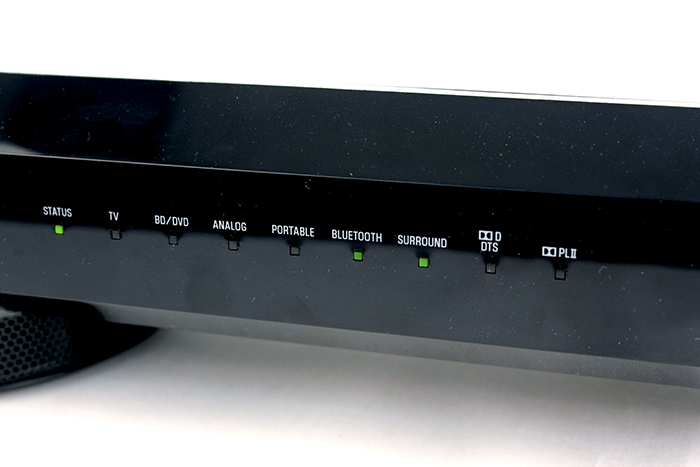 The YSP-1400 itself does not have an LCD display but it does have a couple of LED status lights, which doubles up as volume indicators and other settings indicators. The YSP-1400 can also be controlled using your smartphone using Yamaha’s Home Theater Controller app, which is available for free on the App Store and Google Play. The app’s graphical user interface is more intuitive, especially if you want to customize the YSP-1400 to your listening position. The only downside is that it connects via Bluetooth and the YSP-1400 can only connect to a single device at a time via Bluetooth. This means that if you are using your smartphone or tablet to control the YSP-1400, you can only stream music from that same device. This can be problematic if most of your source material is on another device, like your notebook or desktop system. 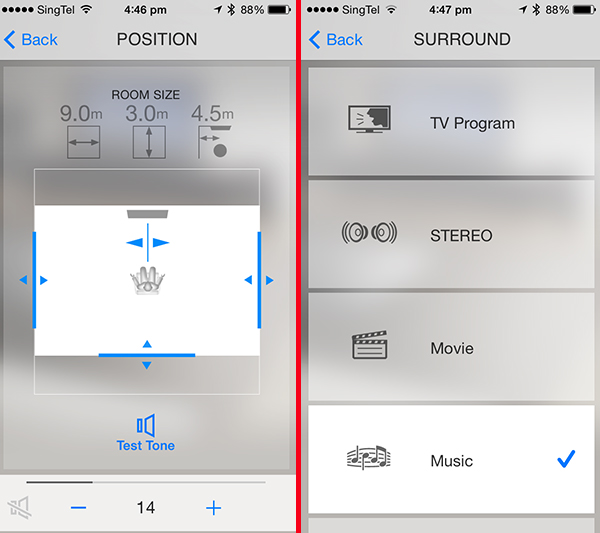 Finally, the YSP-1400 has a further two technologies to enhance the listening experience and they are UniVolume and Clear Voice. UniVolume helps maintain the same volume levels regardless of your source and even channels and programs. Clear Voice boosts the volume of dialogue and narrations to make them more audible - this could be useful for news broadcasts and live sports.