Note: This article from 17th October 2014 was re-published on 10th July 2016 as the product is still relevant and available in the market. If you've been thinking of getting a good sound bar, you won't be disappointed with this.

On to The Next One 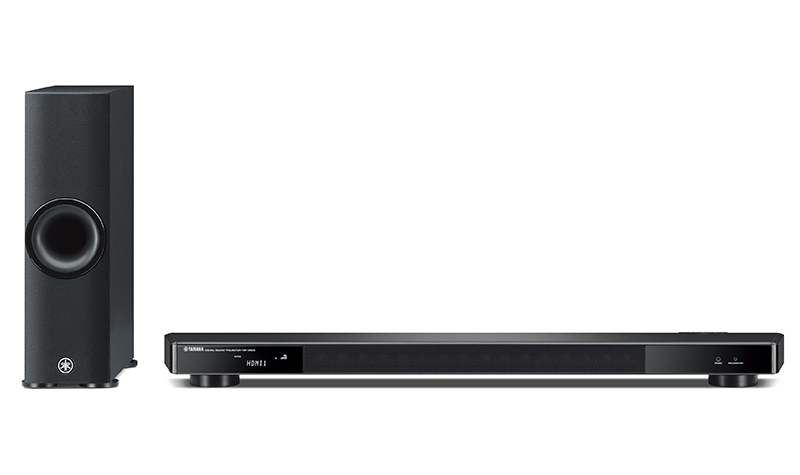 To be sure, the YSP-1400 is a decent speaker. It is reasonably slim for sound bar that eschews a dedicated subwoofer and in fact integrates dual smaller subwoofers in its cabinet's design. It manages to deliver big sound and wide soundstage. However, it felt like a normal pair of speakers and was missing that famed surround sound effect that Yamaha’s digital sound projectors were renowned for. So this time, we are kicking things up a notch and in our labs with the next model up in the range - the brand new YSP-2500. Compared to the YSP-1400, the YSP-2500 is a whole different animal. It costs considerably more, sure, but it also comes with beefier specifications and more bells and whistles. Let’s take a look at the unit now.

Unlike the YSP-1400, the YSP-2500 is a two-piece speaker system consisting of a center speaker unit and a separate subwoofer. The center speaker unit is also noticeably larger and features a brushed aluminum chassis. Even though it is larger, Yamaha has designed the center speaker unit to lie low and thin so that it does not block TVs’ IR receivers - the YSP-2500 stands at just 73mm high! The speaker's stands are also adjustable for height and can even be completely removed. However, if removing the stands is still not enough, the YSP-2500 also has an IR pass-through function, that relays signals from the TV’s remote control to the TV’s IR receiver. Thin as it may be, the YSP-2500 is pretty wide and while it can be mounted on walls using a wall mount bracket, we think it will look awkward as it juts out much more than any modern TV. In our opinion, the YSP-2500 looks best on a TV deck.

Inside the YSP-2500’s sound bar, users will find that it has double the number of beam drivers that the YSP-1400 has - 16 to be exact - though their size and power ratings are the same - 2.8cm and 2W each. These beam drivers are angled and were designed to work with the speaker’s DSP systems to reflect sound off their surroundings to create a realistic surround sound effect. As a result, your listening environment actually plays an important role in the performance of these speakers, but we will elaborate more on this later when we talk about setting the speakers up.

As for the subwoofer, it packs two 10cm cone woofers and has a rated power output of 130W. The subwoofer also works wirelessly, but you'll still need to source for a power outlet. This means less wire clutter, but more importantly, gives greater freedom as to where you can place the subwoofer. Additionally, it can be positioned upright or on its side for even greater flexibility. 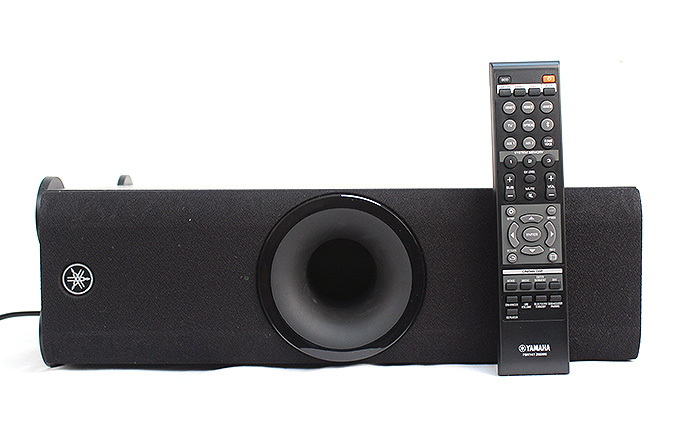 Behind the YSP-2500, users can find a good selection of input and output ports. As for inputs, the YSP-2500 has no less than three HDMI input ports, two optical digital jacks, a digital coaxial jack and a RCA input. And if you do not have a dedicated audio receiver or if you have an older Blu-ray player or source, you will be happy to know that the YSP-2500 also offers native decoding of Dolby TrueHD and DTS-HD audio. On top of all these, the YSP-2500 also support Bluetooth wireless audio streaming. This means you can stream music wirelessly to the YSP-2500 from your smartphone, tablet or even your notebook or desktops. That said, like the YSP-1400, the YSP-2500 also does not have a USB port.

As for outputs, the YSP-2500 has a single HDMI output that supports the latest HDMI 2.0 standard. This means it can output 4K video content at 60fps - the older HDMI 1.4 standard could support 4K video content but at only 30fps. On top of that, there’s also a headphones jack, subwoofer jack (for those who have a specific subwoofer that they want to use in conjunction with the YSP-2500) and a system connector.

As we mentioned earlier, the YSP-2500 relies on its environment to bounce sound off to create a true surround sound effect. Therefore, the positioning of the YSP-2500 within the room and the room layout are both crucial to the listening experience. In fact, the YSP-2500 will actually work better in a smaller room rather than a large one where the walls are spaced too far apart for them to be reflected properly. 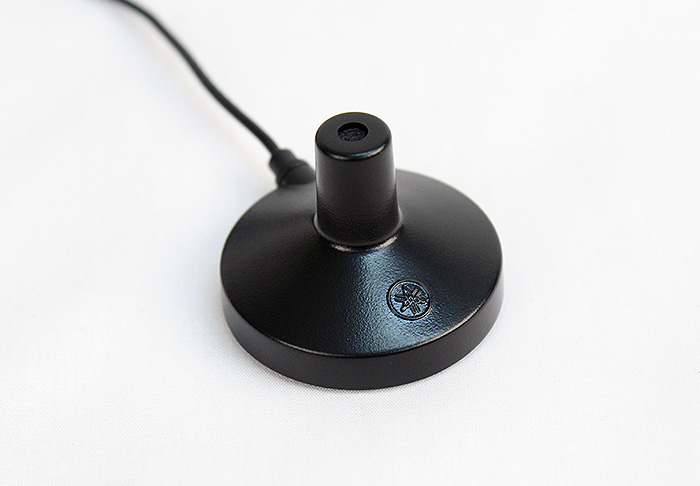 To ensure optimal positioning and a good listening experience, the YSP-2500 features IntelliBeam technology, a sound-tuning technology found on Yamaha’s higher-end digital sound projectors. When users first power up the YSP-2500, they are prompted to place the special IntelliBeam microphone at their listening positioning and asked to leave the room while the unit auto tunes itself. It does so by projecting sound and then references the microphone to adjust itself so that sound is properly reflected to the microphone. This can be fine-tuned later using the remote controller and entering BEAM settings. 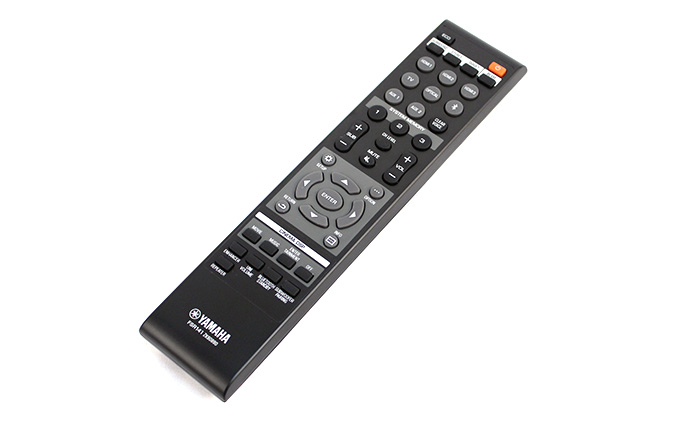 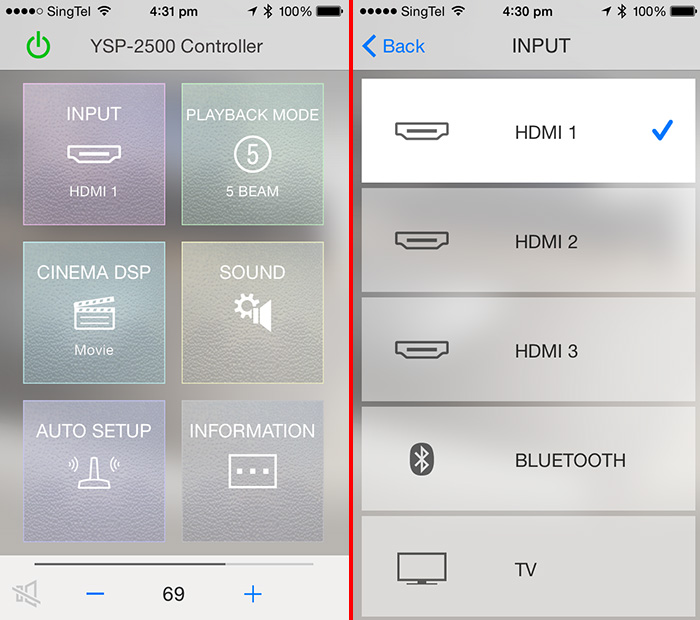 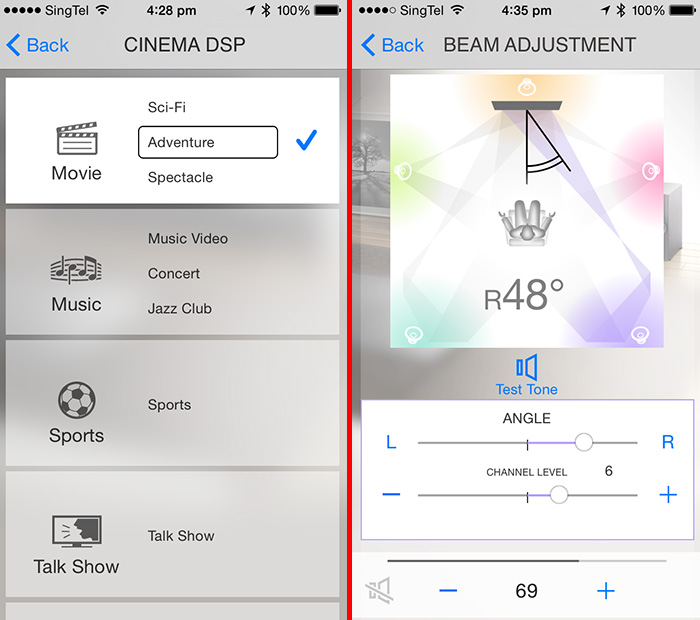 Alternatively, one could also do fine-tuning by using the Yamaha Home Controller app that is available for free on both the Apple App Store and Google Play. The Home Controller app lets your smartphone or tablet double up as a remote controller and offers a wide range of controls over the YSP-2500, such as volume controls, DSP selection and more. One downside is that, like the YSP-1400, the YSP-2500 can only connect to one Bluetooth device at a time. This means that if you are using your smartphone or tablet to control the YSP-2500, you can only stream music from that same device. This can be problematic if most of your source material is on another device, like your notebook or desktop system.

Speaking of DSP, the YSP-2500 offers no less than 10 different DSP settings that falls under three broad categories - Movie, Music and Entertainment. Under Movie, there are three additional settings - Sci-Fi, Adventure and Spectacle. Under Music, users can choose from Music Video, Concert and Jazz Club. Finally, under Entertainment there’s Sports, Talk Show, Drama and Game. On top of this, the YSP-2500 also features Clear Voice, which raises the volume of dialogue and narrations; and Univolume, which helps maintain the same volume levels regardless of your source and even channels and programs.