Yamaha YHT-S401 Sound Bar - A Cut Above the Rest

Of Features and Design

Audiophiles should be well acquainted with the pedigree of Yamaha. Their products typically deliver excellent performance while embodying a unique design ethos. The TSX-140 desktop audio docking station, which we have previously reviewed, reveals the kind of attention Yamaha pays to its products' design and feature-set.

Recently, Yamaha refreshed its lineup of AV Receivers and also spruced up its sound bar offerings. The new Yamaha YHT-S401 is a step up from the previous YHT-S400. The latter was the winner of our Best Sound Bar in the 2011 Tech Awards, so we're interested to find out if the new contender could raise the bar higher than what its predecessor has set.

The Yamaha YHT-S401 comprises of a front surround system with a center speaker and a receiver which also doubles up as the subwoofer (by way of a 100W built-in digital amp). Unlike the Philips HTS7140 and the Pioneer HTZ-HW919BD, the Yamaha HYT-S401 does not have a Blu-ray player integrated as part of the package. The omission however is reflected in its price of S$999, which is a whole S$200 less than the other two sound bars mentioned. 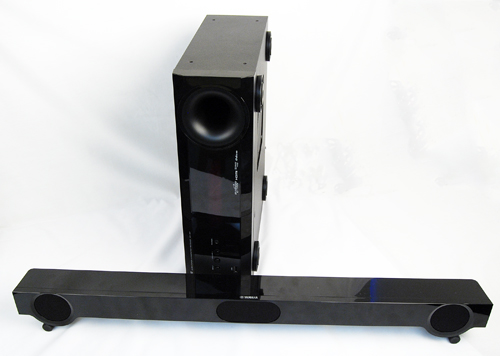 This makes the new Yamaha sound bar a pure mid-level audio product for those who have some components of a rudimentary home theater system already set up. If you already own a Blu-ray player and wish to avoid redundancy, then this product is the ideal solution. However if you need a Blu-ray player, you can easily pick one up with the savings offered by the lower price of this device, thus offering consumers choice.

A simple and elegant glossy black finish makes the Yamaha YHT-S401 aesthetically compatible with almost all TV displays on sale these days. At a stretch, you might even call the looks of the sound bar pretty.

Seeing that the subwoofer and receiver are bundled into one unit, this device is quite large and bulky. In fact, the whole package weighs in at approximately 8kg which makes it a bit difficult to carry and transport. Its big size and functionality as a subwoofer also makes it a little more difficult to find a suitable location to place the unit. Since the subwoofer utilizes bass reflex ports, you should try to place the device next to a wall or a solid surface in order to maximize performance. Our suggestion for ideal placement would be on a dedicated rack as the unit is designed to be slotted in a standard sized AV rack. That's not all however, as the Yamaha receiver is also designed to stand both vertically and horizontally, so you can put it on the floor if you wish to. It's versatile, so don't be shy and try experimenting different placements in your room for your preferred bass response. Just be sure it's still in your line of sight for you to control the unit via the remote control. 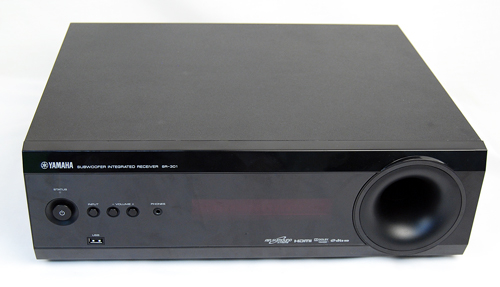 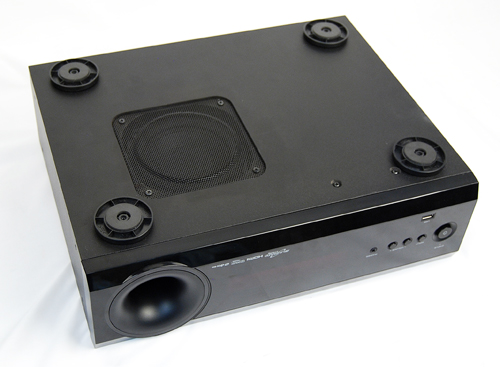 The front face of the Yamaha receiver shows the duality of the device. The left side clearly shows the volume controls, source selection, power button and 3.5mm headphones jack. Also visible is the USB port which can be used to plug in storage drives or portable music players, including Apple’s iPod. The fact that no extra proprietary dock is required is a plus point in favor of the Yamaha YHT-S401. The right hand side is taken up by the subwoofer bass reflex port. 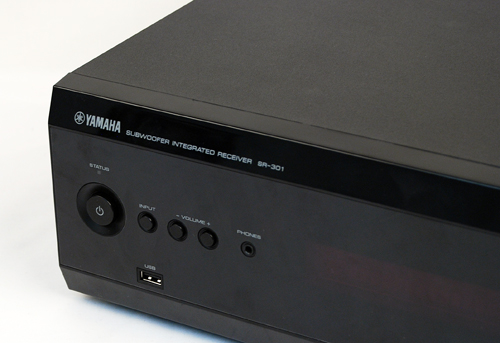 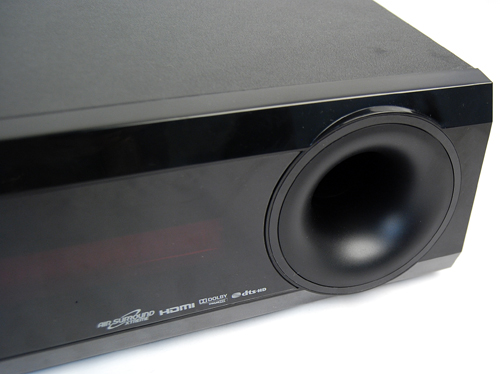 Connections and ports are located on the back of the device. One of the best features included is the provision of extra speaker connections. While the Yamaha YHT-S401 might be a two-piece sound bar, future audio acquisitions can be incorporated into the system to increase its functionality. This scalability is a great addition from Yamaha and is sorely lacking in other sound bars on the market at present. Obviously, this also makes the Yamaha YHT-S401 very attractive to audio enthusiasts with a reasonable budget who can buy themselves a mid-level sound bar that they can later upgrade its surround capabilities by adding on respective rear surround speakers. 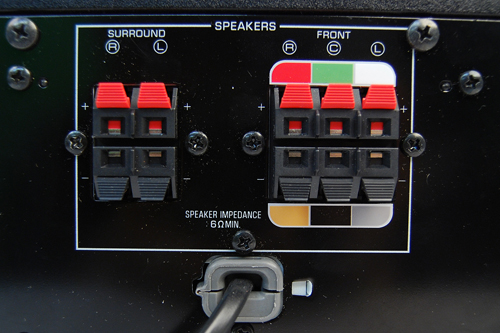 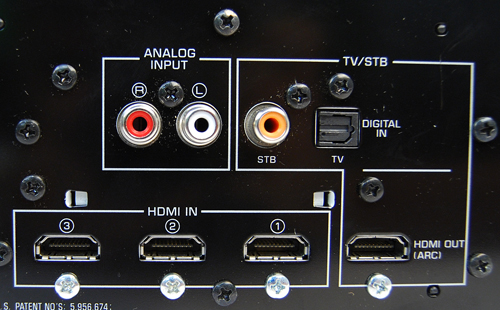 While the receiver is responsible for ensuring amplification and the subwoofer handles low frequency performance, the bulk of the audio duties are handled by the horizontal sound bar. For this purpose, the device is armed with twin 2.125-inch (5.5cm) full range drivers and an oval center speaker. The speakers are covered with a 'Saran Net Grille' which is meant to enhance sound definition and vocal clarity. We will be testing the speakers out with a wide variety of content to check the veracity of these claims. 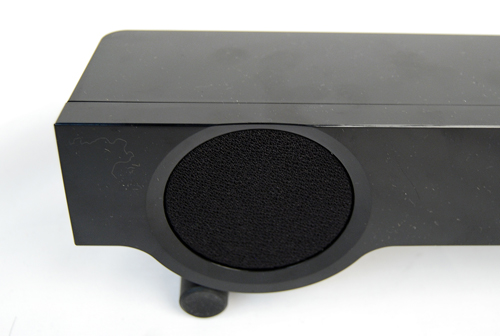 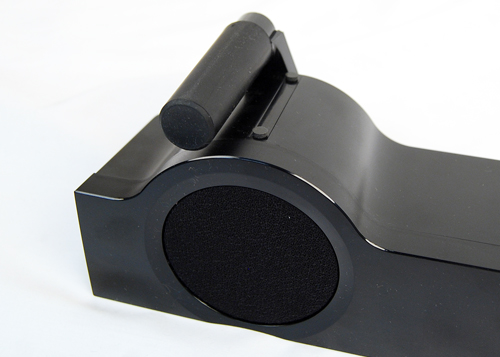 Like the receiver/subwoofer unit, the horizontal speakers of the Yamaha YHT-S401 are also equipped with a unique feature to help in setting them up. The feet of the device can be adjusted in height from a minimum of 79mm to a maximum of 100mm so as to not infringe on your TV display. This adjustment feature can be quite handy as we have seen other sound bars that actually block the IR port on the TV, making use of the remote control a hassle.

With regards to audio technology, the sound bar’s horizontal speakers boasts of Air Surround Xtreme and Music Enhancer - both of which are proprietary sound enhancements by Yamaha. The former is intended to reproduce 7.1-channel surround sound with quality imaging and presence. The latter is a set of algorithms designed to get the most out of low grade sources such as MP3s encoded at lower bitrates. Clear Voice is also part of the audio enhancement features and it is supposed to raise the level of performance for dialogue and narration. The remainder of this review will examine closely whether or not these additions help or hinder the performance of the Yamaha YHT-S401 sound bar, so read on!

Write a Review
Compare This | Specifications
Excellent performance - neutral/natural tone
4 HDMI ports provided
Option to add extra surround speakers
No wireless capabilities
Receiver unit is heavy and a bit bulky
Lacks cinema feel when playing movies
Our articles may contain affiliate links. If you buy through these links, we may earn a small commission.
Sponsored Links