Yamaha has made serious inroads in the bedside and desktop speaker product segment with its new range of docking speakers. We have had the chance to give the TSX-80 and TSX-130 a try and they both stood out in their own ways with respect to their specifications and features. The TSX-130 model impressed us most with good performance that was balanced with good features, implementation and price. Now we have gotten our hands on the TSX-140 model that's supposed to be Yamaha's newest desktop docking speaker system. It doesn't replace the TSX-130, but you could say it's a different implementation of it.

Keeping in line with the overall theme of drawing inspiration from older classics, the Yamaha TSX-140 also has a retro look. With an option of three earth tones (brick, black and grey), the docking speaker set does give off a natural vibe and Yamaha claims that traditional clay vessels and pigments were the inspiration behind the form and design. 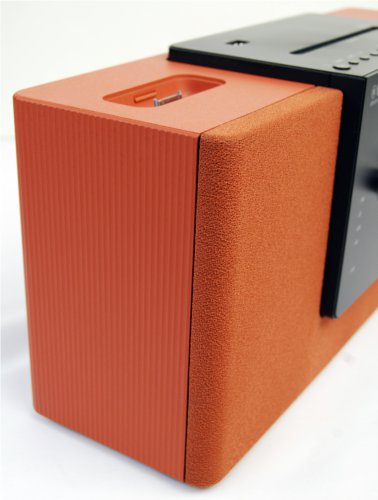 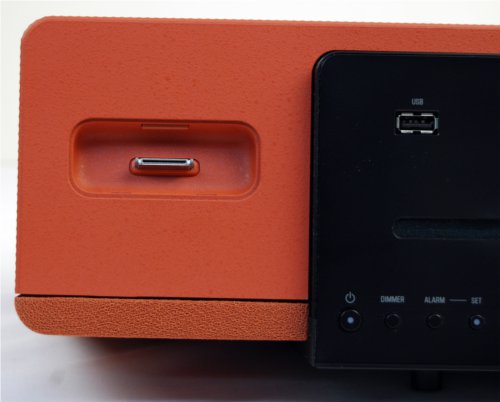 But the main components that drive the Yamaha TSX-140 are the twin 8cm drivers that power the speakers along with a 15W + 15W digital amplifier and bass-reflex ports. The entire package is labeled as "Concert Quality Sound" which Yamaha attempts to achieve via its propriety Music Enhancer software. Seeing that we have had both the TSX-80 and TSX-130 in our lab for testing with diametrically opposite results, we will definitely pay close attention to the TSX-140's audio quality; more on that on the following page.

Besides familiar hardware specs within the TSX-140, even the overall functionality of mimics that of the TSX-130 with CD, radio, USB and auxiliary input as various sources of audio. It's pretty much a mini desktop audio system presented in a different form and design. 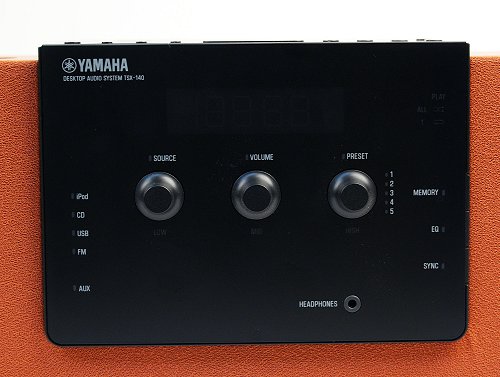 To provide visual feedback, the TSX-140 has LED indicators which reflect the function that has been selected. These lights are equipped with a brightness sensor so they can automatically adjust brightness levels depending on ambient light. The LEDs are rather small and unobtrusive, so we're actually not sure why Yamaha spent the effort and added extra cost to the already expensive dock for this function.

Of course the main focus on the front panel are the three rotary controls that give intuitive access to source selection, volume, radio presets and EQ functions, of  which the latter was not present on the TSX-80. The EQ, bass and treble functions are however tied into the preset knob where the first few selections are radio presets and further spinning the knob would engage each of the respective functions one at a time. This is a little annoying as opposed to having these controls up-front. However, this is probably a small complaint as most people would only need to fiddle with these functions upon initial setup.

The built-in CD player plays standard audio discs as well as those storing tracks in MP3 and WMA formats. Obviously standard docked playing is available for iPods and iPhones. But fear not, if you have other MP3 devices or a thumb drive full of audio, you can plug them in with the help of a USB connector on the top panel.

Rounding up the list of features is the FM radio receiver with five preset channels and a 3.5mm auxiliary input for other audio sources. For those who need to sync your iPod devices with iTunes but still want to blast some music, the TSX-140 supports sync functionality. You'll need to hook up your PC to the rear of the audio system via a mini- USB cable and engage the SYNC button on the front panel. Last but not least, Yamaha’s IntelliAlarm technology also makes its way to the TSX-140 to increase its functionality and ensure that dulcet tones wake you up every morning. 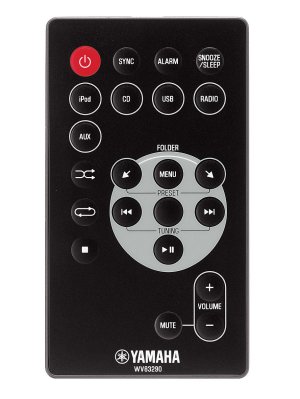 The Yamaha TSX-140 is also bundled with a simple remote unit for easy control when you're not quite situated within an arm's length of it. However it is a pain to use because of the amount of physical effort required to press the buttons. In fact, if you remove the Yamaha logo and the smooth finish on the top facing of the remote, it would look like any other cheap remote bundled in simpler products. The Pioneer XW-NAS5 iPod audio system faced similar issues too. This certainly felt like a cost cutting effort on Yamaha's part since the older TSX-130 was equipped with a perfectly fine remote with its traditional design.

Write a Review
Compare This | Specifications
Earthy and Organic design
Good all-round audio performance
Versatile audio system
Bass has an airy quality which is off putting at times
Remote not up to expectations
Expensive
Our articles may contain affiliate links. If you buy through these links, we may earn a small commission.
Sponsored Links