Xtrfy MZ1 – Zy's Rail review: A shape unlike any other

Xtrfy MZ1 – Zy's Rail review: A shape unlike any other 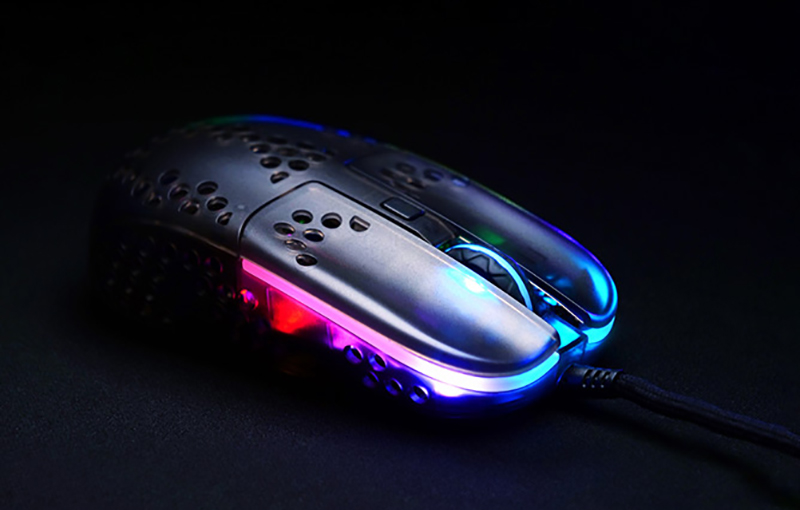 The Internet's most famous mouse reviewer has made his own mouse. Rocket Jump Ninja is best known for his exceedingly detailed mouse reviews and his theories about what sort of mouse shape helps you aim better. Now, he's put all that theorizing into his own design, teaming up with Swedish company Xtrfy on the MZ1– Zy's Rail. In a market where it can feel like many mice adopt very similar and safe shapes, the MZ1 is  one of the most unique mice I've ever used.

Its shape is its most distinctive feature. At just 111m long, it's a very small mouse that is shorter even than the Finalmouse Ultralight 2. You'll also notice how flat it is – it sits very low, with a low button height. The sides taper inwards toward the bottom of the mouse as well, creating a rather narrow grip width. However, it also has a markedly high back. 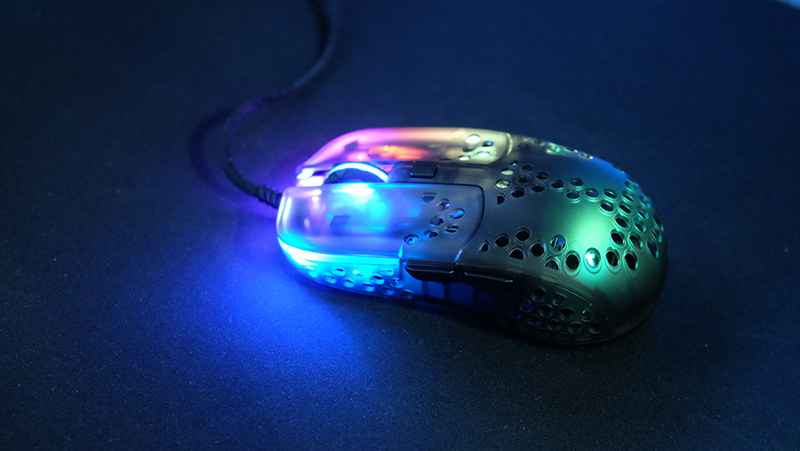 This is all very deliberate, supposedly to conform to the shape your hand would naturally rest in on your desk. The unique shape encourages you to adopt a fingertip grip, mostly due to the flat front and how far back the hump is. As a result, you also get more support for the base of your thumb and pinky and ring finger. This makes it suitable for the claw grip as well, although I still prefer to fingertip grip it. The hump at the back of the mouse drops off sharply, leaving room for micro-adjustments in the fingertip grip – you can basically pull the mouse down without it hitting the back of your palm. The narrow, tapering back was one of the reasons I found the Razer Orochi V2 less comfortable to use, and the MZ1 fortunately avoids this issue. The sides of the mouse are also solid in the places that you would normally grip it, which some people might appreciate. 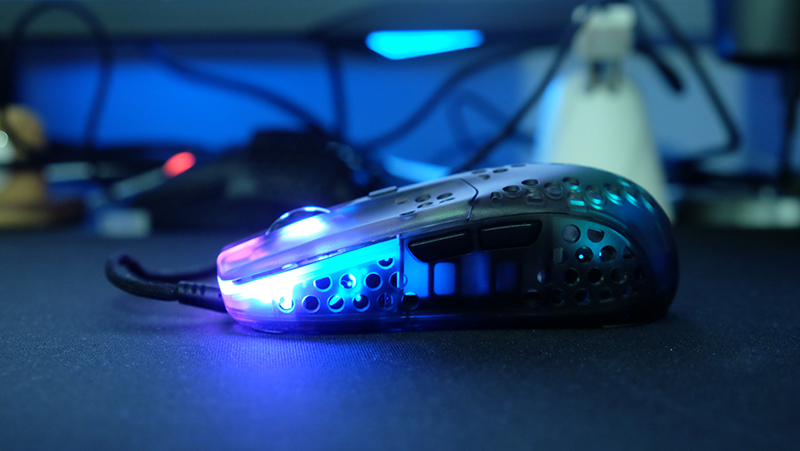 One gripe I have is that the scroll wheel is located a bit too far front, so I can only reach it with my fingertips. It's not a super big problem, but it'd be nice to have it sit a little further back.

Interestingly enough, the mouse isn't actually symmetrical even though it appears to be so, and upon closer inspection you'll notice a more aggressive contour on the left side for your thumb. Long and deep comfort grooves span the entire length of the left and right mouse buttons, helping guide your fingers into position. The narrow grip and low button height have been implemented to allow for a more precise grip as well. Think of how you would write with a pen – a thicker pen feels less precise to write with, whereas a thin pen is far easier to manipulate and write with. 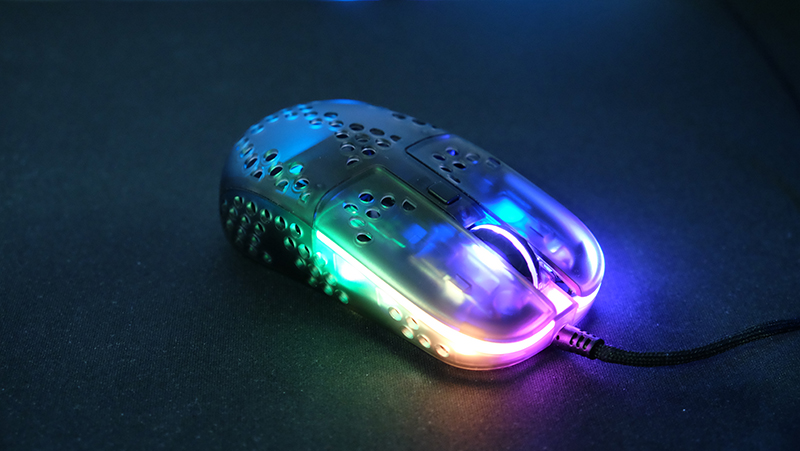 Having said that, it's important to highlight that the MZ1 is not a mouse for everyone. It is not a safe or versatile shape that has been designed to suit the vast majority of people, and I took a couple of days to get used to holding it. However, once you adapt to it, it works great if you favour the fingertip grip. It's a truly refreshing example of a new shape, and it successfully stands out in a crowded space.

Coming from one of the most discerning mouse reviewers around, it's also no surprise that the MZ1 pays impressive attention to the details. It's got all the features you would expect from a top mouse, including a light 56g weight, a softer and more flexible Xtrfy EZcord Pro, and thick 100% PTFE feet with rounded edges that glide smoothly right out of the box. Extra attention has been paid to the choice of switches and button feel as well. The primary buttons are Kailh GM 8.0 switches, which are delightfully tactile with minimal post-travel. You don't see these often as stock switches on mice and they offer a nice step down in stiffness from Huano switches, while still being more satisfying to use than your standard Omrons. The side buttons stick out just the right amount, and they are nice and tactile as well with no mushiness to them. Finally, the scroll wheel is gloriously silent, which makes it a pleasure to use. 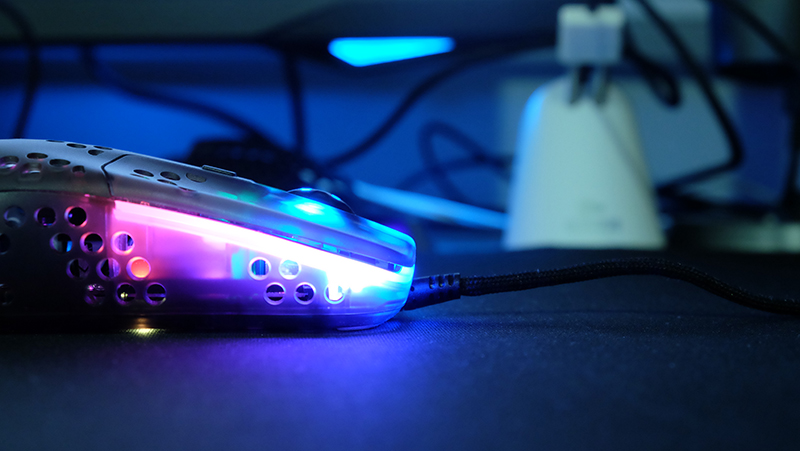 The MZ1 is also a driverless mouse. All the customisations are done on the mouse itself, using one of the most nifty solutions I've seen. There is a separate button below the scroll wheel, but this doesn't adjust the DPI as you'd expect. Instead, the DPI is adjusted via a separate button at the bottom of the mouse, and you can check what stage you're on via the helpful colour-coded indicator above it. The PixArt 3389 sensor supports eight DPI stages ranging from 400 to 16,000 DPI, and tracking is flawless as expected.

Then there's the slider switch at the base of the mouse, which lets you program what the button on the top of the mouse does. You can pick between RGB, polling rate, lift-off distance, and F11. The latter basically lets the button act as the F11 key, which can then be set to your preferred function in game. This is a pretty novel use of what would normally be the DPI button, and it's pretty neat how much customisation Xtrfy has managed to include without any software. 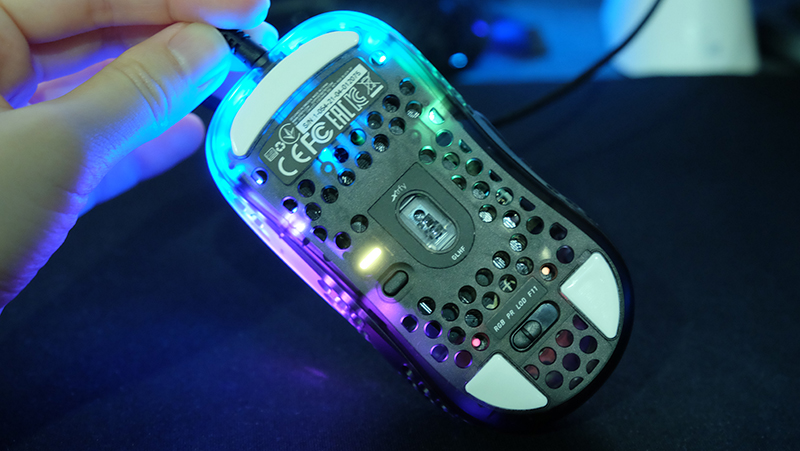 Beyond that, you can also adjust the debounce time by holding down the primary and side buttons simultaneously – the RGB lighting will then flash to indicate the debounce time, which ranges from 2ms to 12ms. Xtrfy has included a helpful guide in the box to tell you what each colour means, so you should keep that handy. It is set to 4ms by default, but I've managed to lower it to 2ms without any double-clicking issues.

Finally, the translucent shell plays really well with the RGB lighting effects. You can see the Rocket Jump Ninja emblem on the left and the Xtrfy logo through the back, which is a nice touch. In addition, the RGB lighting isn't symmetrical – the LEDs extend only halfway on the left side, while wrapping all around to the back on the right side, further adding to its unique look. 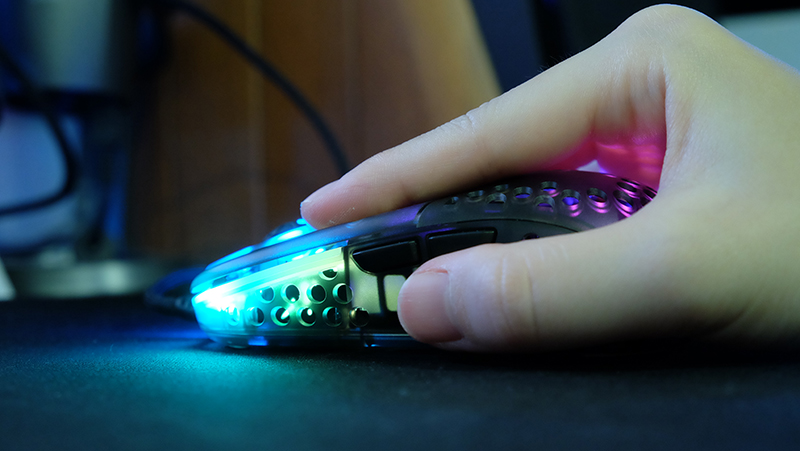 The Xtrfy MZ1 is one of the best mice I've used to date. Coming from Rocket Jump Ninja, the mouse gets a lot right, from the paracord-style cable to its light weight, smooth feet and excellent Kailh GM 8.0 switches. But it's important to highlight that because of the unique shape, it's not a safe mouse that is for everyone. I enjoy using it a lot because it suits my grip style, but if you're not used to the fingertip grip, you probably won't like it very much.

At S$119.90, it's a bit expensive as well, and Xtrfy has clearly slapped some RJN tax on it. But I do think it's worth checking out if you play with the fingertip grip. There are few mice out there that cater to the latter grip style, and it scores extra points for the amount of thought that has gone into creating this shape.