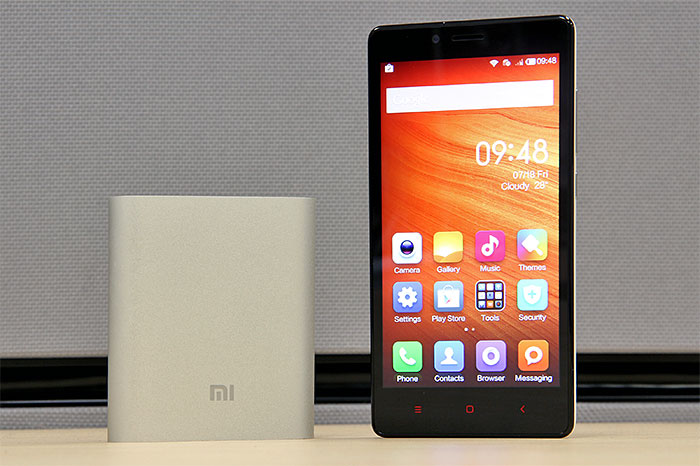 In our article ‘5 tips when buying a portable battery pack for your mobile device’, we ask readers to avoid cheap power banks, especially those whose features sound too good to be true for the price.

But once in a while, something comes along and attempts to overturn this rule of thumb. Yes, we’re referring to the Mi Power Bank from Xiaomi. Just like the company’s smartphones (heck, just like everything that Xiaomi is selling), the Mi Power Bank is priced way cheaper than comparable offerings from competitors. To put this into perspective, consider this: a name-brand 10,000mAh power bank typically costs about S$100 (for reference, here are some figures from press releases). The 10,400mAh Mi Power Bank? Only S$13.99. Sure, you get this price if you buy more than S$50 worth of items to enjoy the free delivery; but even if you don’t, at S$18.99 (after adding the S$5 delivery fee), it’s still very affordable.

Of course, we aren’t saying that there aren’t any affordable, high-capacity power banks out there. Frequent Taobao users will tell you that cheap power banks are aplenty on the Chinese online marketplace (e.g., this Romoss power bank), but there are hoops to jump through to ship a power bank to Singapore, not to mention shipping fees, and the lack of warranty.

So, is the Mi Power Bank any good?

There’s not much to say about the Mi Power Bank’s design, except that for a S$14 product, it looks and feels very good. The bulk of the casing is CNC machined from a single piece of aluminum, and anodized to make it lightly textured for additional grip. Xiaomi says the surface is also water and corrosion resistant, and can withstand a 50kg pressure limit (that said, we don’t advise you to sit on it). Not impressed? What if we tell you it has also passed a 300-time rub test (say ‘wut?!’).

The only plastic parts on the Mi Power Bank are on its top and bottom. One end houses a regular USB port (for output), a micro-USB port (for input), a 4-LED indicator, and a circular capacity check button; while the other end has the usual specs and regulatory labels. 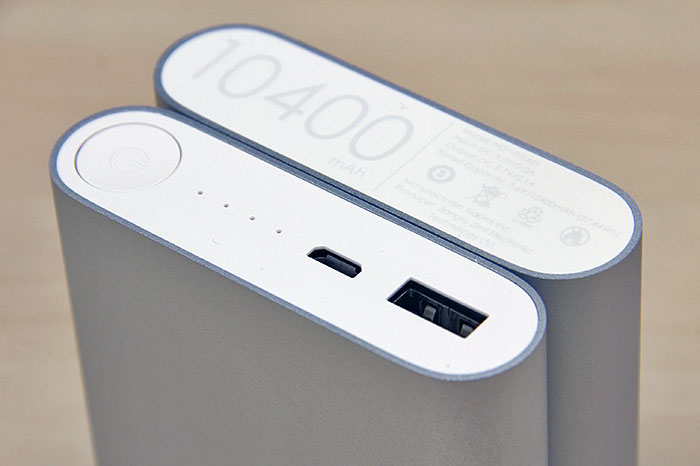 In case you’re wondering, a power button isn’t really required, because the power bank will automatically turn on and charge the device when both are connected with a USB cable. The purpose of the capacity check button (when you press it) is to turn on the LEDs to tell you how much charge is left. In a nutshell, each lit LED represents a 25% charge. You get a full charge when all four LEDs are lit and not blinking.

And speaking of USB cable, a 16cm long (excluding the strain relief) white USB cable comes bundled with the Mi Power Bank. Considering your smart device shouldn’t be too far away when it’s being charged, this is one of the few instances where we think a short USB cable makes sense.

Now, before we move on, let’s get a few more stats out of the way. According to Xiaomi, the Mi Power Bank’s micro-USB port is tested to withstand 5,000 insertion/removal cycles, and the bigger USB port 1,500 cycles. Even ESD (electrostatic discharge) testing results are revealed: 8kV for contact and 12kV for air. Clearly, Xiaomi is trying its best to assure us that the Mi Power Bank is a quality product despite its low price. (In fact, that’s not all; there’s another list of environment testing results that we did not go into.)

Up to this point, the Mi Power Bank definitely looks the part. 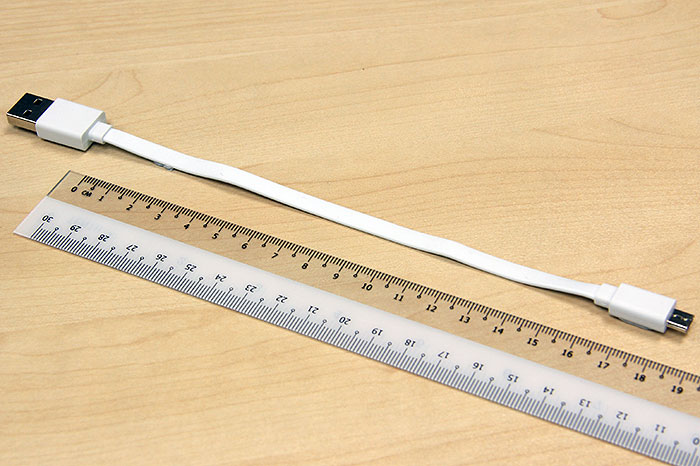 The Mi Power Bank comes with a 10,400mAh lithium-ion battery (at 3.6V for 37.44Wh), sourced either from LG or Samsung (as stated by Xiaomi). If you’ve read our power bank buying tips article, you’ll know that due to power lost during voltage conversion, along with other factors like circuit resistance, the number of recharges you can get from a power bank isn’t simply a division of its capacity and your device’s battery capacity. According to Xiaomi, the Mi Power Bank is able to recharge the Mi 3 smartphone 2.5 times, the iPhone 5S smartphone 4.5 times, and the iPad Mini tablet 1.5 times. These numbers seem to be quite accurate, as we managed to top up the charge of an iPhone 5S (that has a 1,560mAh battery) four times, and still had a bit of charge left on the power bank.

In addition, we’re also very satisfied with the Mi Power Bank’s input and output currents. To be specific, it’s able to output up to 2.1A, which is great for tablets and even smartphones that are capable of accepting more than the standard 1A. Even the input charging port accepts up to 2A, which is something we didn’t expect from such a cheap power bank, simply because we’ve come across many high-capacity (read: more expensive) power banks that can’t do more than 1.5A. In other words, topping up the Mi Power Bank’s 10,400mAh battery is a pretty fast affair too. According to Xiaomi, it’ll take about 5.5 hours if you use a 2A adapter, or about 10 hours with an 1A adapter. 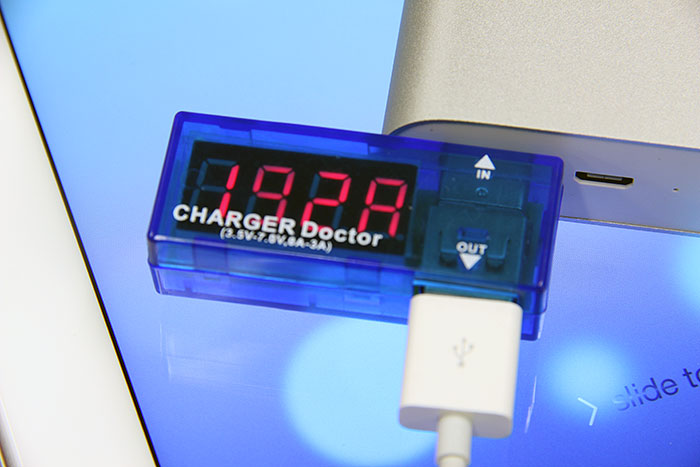 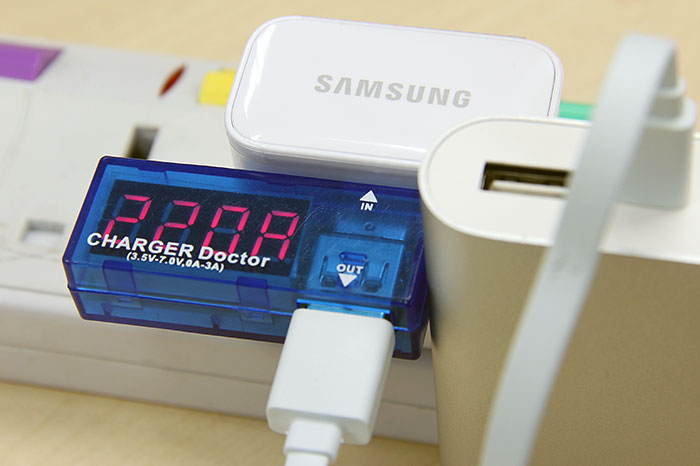 If you're here for the Mi Power Bank review, you can probably stop reading now. However, because we still couldn't get over the fact that a quality 10,400mAh power bank can cost so low, we decided to rip one apart to see exactly what's inside. If you're fascinated by this kind of things, please carry on reading. Else, you can jump right to the conclusion at the end of this page. 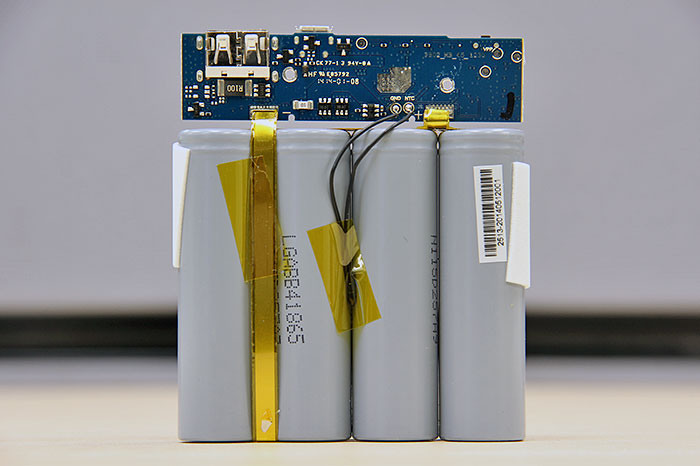 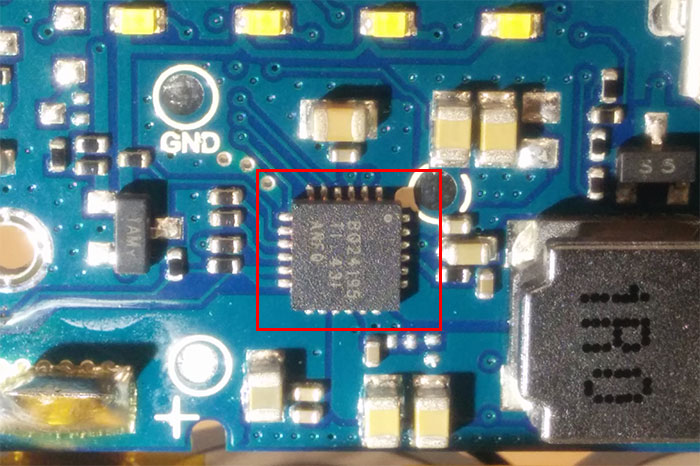 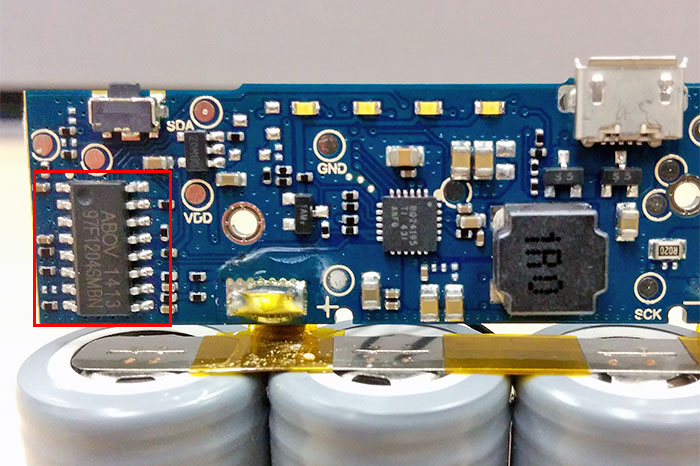 For super nerds interested to know more about the components above, here are some links:

Conclusion? Go get one!

So, do we recommend the Mi Power Bank? Yes, absolutely. But that's not because it's cheap; rather, it's because it's cheap and good. It's compact for a 10,400mAh power bank; it has a 2.1A output and 2A input for fast charging and recharging; and the components used look to be...well, legit.

Now, is there any thing that we don’t like about the Mi Power Bank? If we were to nitpick, it would be that it’s strange for a high-capacity power bank to have only one output, which means we can’t charge more than one device at the same time. (Then again, you can always buy two Mi Power Banks, tie them up with a rubber band, and you get a two-port, 20,800mAh power bank for just S$28!) Secondly, it doesn’t come with a USB power adapter, which can be problematic if you don’t have a spare one lying around. And lastly, if you're an iOS user, you need to find your own 30-pin or Lightning cable.

Finally, if for whatever reason you think 10,400mAh is overkill (really?), then you can look forward to the 5,200mAh Mi Power Bank that's launching in Singapore soon. It's smaller, and seems to have similar components, except that it uses two 2,600mAh battery cells, and the output tops out at 1.5A. (Update: Here's our review of the 5,200mAh version.)

Write a Review
Compare This | Specifications
High capacity (10,400mAh)
Looks good, feels good
2.1A output; 2A input
Quality components
Super affordable
Charges one device only
Doesn't come with a power adapter
Our articles may contain affiliate links. If you buy through these links, we may earn a small commission.
Sponsored Links