Xiaomi Redmi Note - A Phablet for the Masses 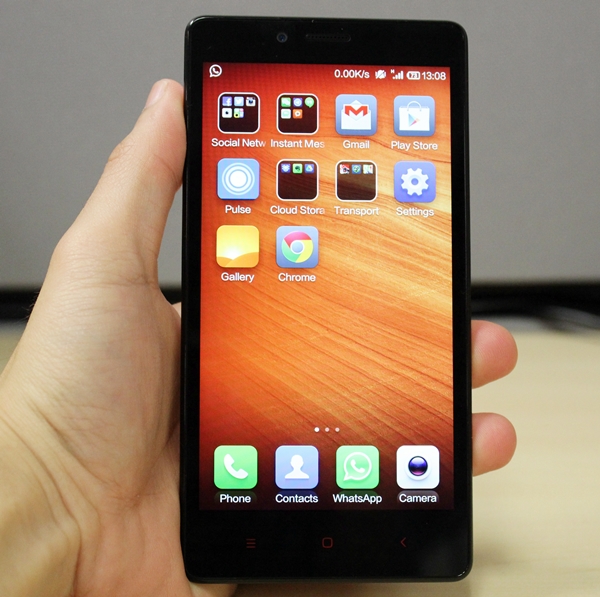 Xiaomi added a new member to the Redmi family on March 20 with its first phablet, the 5.5-inch Redmi Note. Like its other smartphone models, the Redmi Note was an instant hit with over 15 million pre-orders received a few days after its launch. Considering that Apple took three days to sell more than 9 million new iPhones last September, this is very impressive for a four-year-old company.

Three months after its official launch, Xiaomi finally brought the Redmi Note to Singapore and Malaysia. With a retail price of S$199 (without line contract and inclusive of GST), there is without a doubt that the Redmi Note will sell like hotcakes just because it's priced to please the mass market consumers. Even so, is it worth to shell out nearly S$200 for the Redmi Note? We will explore that in today's review, but first here's a quick overview of the Xiaomi phones sold in Singapore:

Imagine the 4.7-inch Redmi smartphone in a 5.5-inch form factor and you get the Redmi Note.

No, we are not kidding; the Redmi Note is just a bigger version of the Redmi.

Plastic is the dominant material used in the construction of the Redmi Note. Its rear has a glossy texture, which most of us should know attracts fingerprints and smudges like bees to honey, and does not provide as good a grip as one with a matte surface. There is one consolation though; the retail unit sold in Singapore comes with a white back cover, which should mask the mess of fingerprints and smudges to some extent. 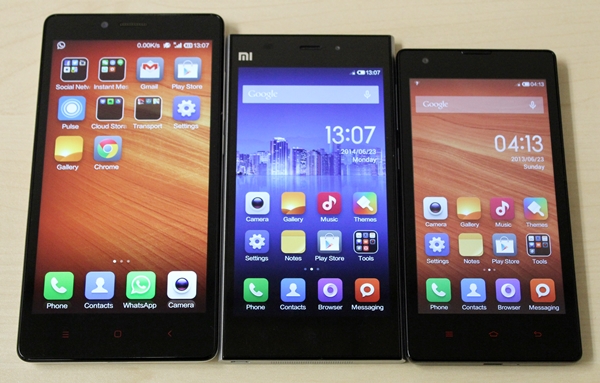 One would think that the use of plastic will keep the weight of the device manageable, but the Redmi Note really needs to go on a diet. Tipping the scale at 199g, the Redmi Note is as heavy or even heftier than phones with bigger screens. While it is unfair to compare the Redmi Note with the flagship models - LG G3, Samsung Galaxy Note 3, Oppo Find 7/7A -, it is still very bulky in its class of devices - the HTC Desire 816 and the Huawei Honor 3X. To illustrate this point, let's take a look at the dimensions of the following devices: 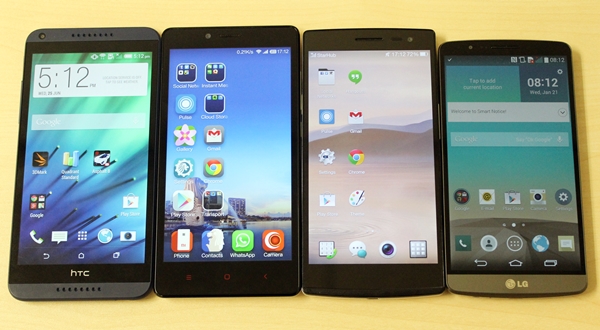 Having used the G3 for a week before this review, we got accustomed to its svelte form factor that the heft of the Redmi Note came off as glaring. But as compared above, the phone is indeed heavy and there's no two ways about that. That said, we have to cut Xiaomi some slack as the Redmi Note isn't meant to be a flagship or premium model that is thin and sleek.

Button placement is similar as the Redmi where the volume rocker and power button are all located on the upper right side of the device. The standard three capacitive buttons are also located just below the display. Unlike the Redmi, Xiaomi has included backlights for the buttons on the Redmi Note. If you prefer the backlight to be off, you can disable it in Settings > Buttons > Button Light. In the same menu, you also can set the duration (1, 2, 5, 10, 20 seconds or Always) at which the backlight remains on. Left-handed users also should take note that the back button is located on the right, hence some form of finger gymnastics is required to reach for the button unless you have large hands or a long thumb. 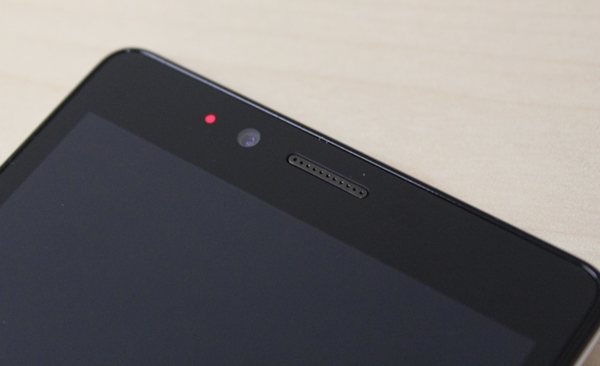 On its rear, you will see the 13-megapixel camera module and the accompanying LED flash below it. Like the Redmi, you can remove the rear cover although there is no dedicated slit for your finger to pry the back cover open. You have to remove the cover via the micro-USB port cut out at the bottom which is easy and requires little effort. Once the cover is off, you are greeted by a huge removable battery and three card slots above it. 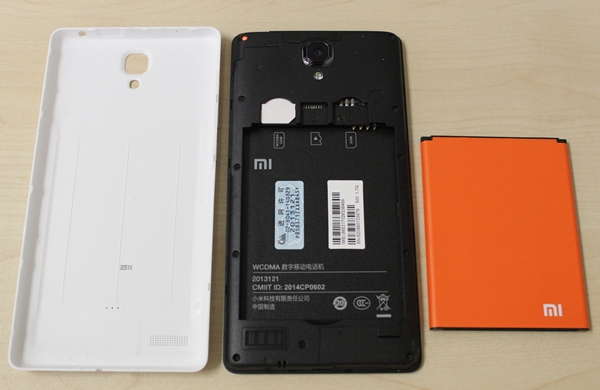 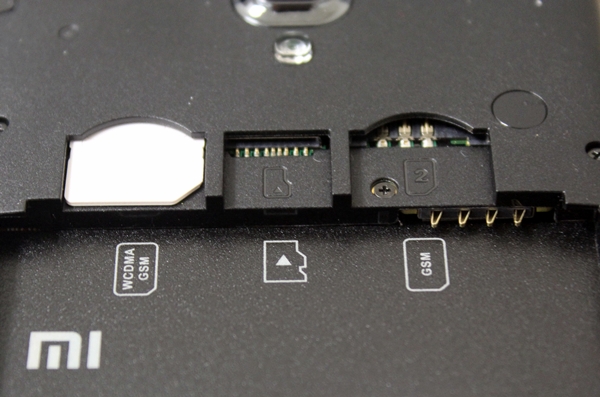 It also supports dual-standby where both SIM cards can receive calls and text messages simultaneously. Unlike more modern devices that use micro and nano-sized SIM cards, that Redmi Note only accepts the traditional sized SIM cards for maximum compatibility no matter the market and geography. It's much easier to use an adapter to size-up the SIM card rather than having access to a cutting tool should you get a standard sized SIM card from emerging markets.

The microSD memory card slot, which can support memory cards up to 32GB in capacity, will come in handy as the Redmi Note has about 5.05GB of available storage space out of the box since it's only equipped with 8GB of internal storage. The MIUI V5 OS occupies about 1.7GB of storage space while apps and misc. take up the remaining 1GB of storage space. 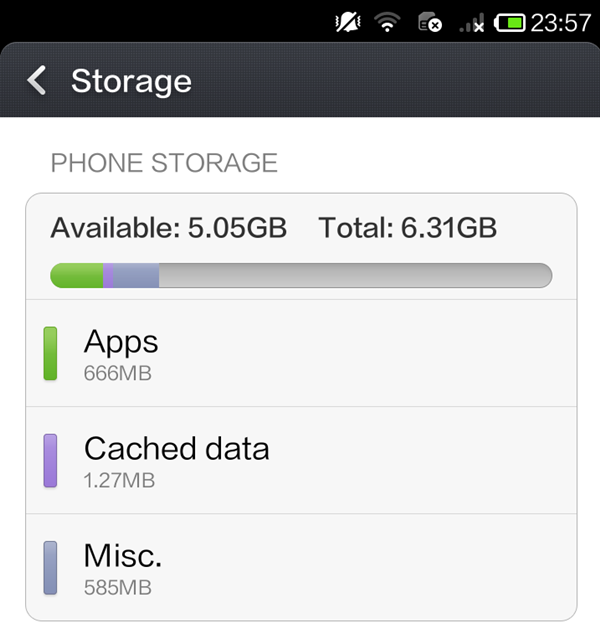 The Redmi Note sports a 5.5-inch IPS display with a resolution of 1,280 x 720 pixels. At this screen size, the Redmi Note has an unflattering pixel density of 267ppi. However, it is important to point out that other phones of its class - the Desire 816 and Honor 3X - sport similar screen resolutions.

With Full-HD (1,920 x 1,080 pixels) smartphones becoming the norm and Quad HD (QHD) displays making their way into the market, a 720p display may seem underwhelming or even unacceptable. If you recall Xiaomi's proposition for the Redmi brand, it represents "a line of high-performance products which are also extremely affordable". With that in mind, one should not nitpick with the display quality.

Moreover, Xiaomi has to cut corners to price the Redmi Note at S$199. Since the display is the more expensive component of a mobile device, it is only logical that you cannot expect the Redmi Note to be outfitted with a better display. Having said that, a higher resolution (e.g. Full-HD or QHD) display will have a negative impact on the battery mileage as seen in our review of the LG G3. Between a slightly better viewing experience and a longer battery life, we think most consumers would gravitate towards the latter.

The 720p display may be a deal breaker for specs junkies or eagle-eyed consumers, but we feel it should suffice for most consumers. Colors, text and images still look good on the Redmi Note, which is what matters the most.

Similar to the 4.7-inch Redmi, the Redmi Note runs on MIUI V5 which is based on Android 4.2.2 Jelly Bean. We've done a comprehensive guide to using MIUI, hence we will not be discussing it in this review. Hit the links below to find out more about the interface, its features and hidden tricks: