Xiaomi Redmi Note 4G: A Phablet for the masses, now with 4G The first half of the year has been busy for Xiaomi as they set up their presence in Singapore and launched the original Redmi that has broken barriers and re-classified what a budget smartphone should aspire to be. It's not just about good phones at great value, but it's also about the excitement of the purchase process with their weekly flash sales that has been making waves for the right and wrong reasons. Speaking of the latter, while there were allegations regarding leaked personal data, Hugo Barra has since clarified on this issue.

Beyond the S$169 Redmi, Xiaomi has been on a role releasing a slew of other affordable mobile gadgets for their respective class such as the Mi 3, Redmi 1S, even power banks and just about five months ago, one the most affordable phablets with the 5.5-inch Redmi Note. However, all these devices lack one major function: LTE connectivity.

With the local telcos supporting 4G LTE connectivity islandwide since the end of 2013 and the minimal extra costs to having a 4G capable plan along with reasonable priced 4G capable phones, there was growing adoption and use of the LTE network. More than ever, this year has seen a bumper crop of high-tier 4G phones, along with really affordable devices below S$300 that enable 4G LTE connectivity. As such, the absence of such a function becomes more glaring on Xiaomi's stable, especially when competing against other low to mid-range mobile devices that do offer 4G LTE connectivity such as HTC Desire 816 and ASUS ZenFone 5 LTE.

Xiaomi, acknowledging this, had in Q3 of this year launched the LTE version of their Redmi Note. However the first salvo was aimed at the China market and it was just days back that they confirmed bringing in a variant that will work with our local telco's LTE network spectrum. Simply known as the Xiaomi Redmi Note 4G, this S$229 phablet will immediately replace the existing Redmi Note (previously sold at S$199) and is set for battle against the other budget 4G phones in the market come 18th November.

Priced $30 higher than its predecessor, does it still do well in giving us consumers great value for money? And what more do you get besides 4G connectivity on this updated model? This review will answer those questions, but first, here is a quick overview of the recent Xiaomi phones made available in Singapore:- 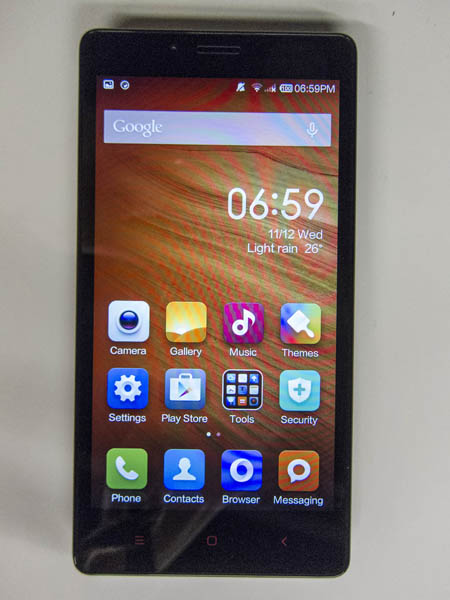 On the exterior, the Xiaomi Redmi Note 4G looks exactly like its non-4G counterpart. As such, you can read more about our take on its exterior design and handling in the original Redmi Note review. One aspect that has differed though is the phone's handling because Xiaomi has managed to reduce the weight of the Redmi Note 4G down by 14g to a final weight of 185g. The older Redmi Note is quite hefty at 199g and quickly becomes tiresome to handle. As such, the reduced weight is immediately appreciable, making the phone feel slightly lighter. Even so, it is still heavier than many mid-range phones with the same large screen - the Nokia Lumia 830, HTC Desire 816, Huawei Honor 3X and more. Nevertheless, for the phone's low asking price, the additional weight might just be 'tolerable'. 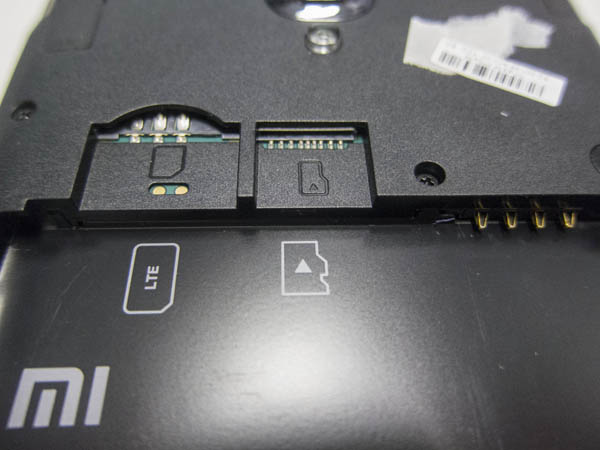 Most of the advances made with the Redmi Note 4G is in its innards. Firstly, Xiaomi eschewed the dual SIM functionality in favor of 4G connectivity. This switch was brought about with a new Qualcomm Snapdragon 400 quad-core processor with integrated LTE modem - it supports 4G, but is unable to support dual-SIM simultaneously. Despite many locals showing dismay for the small data bundle with 4G plans, the market adoption for high speed data connectivity is high in Singapore (although most of that is because of inconveniences of staying put with older phone plans). Dropping dual-SIM support will however impact users who travel frequently or have very high mobile usage and have different numbers to manage their contact base.

However, it is very intriguing that while it's a 4G phone, the device still uses a traditional sized SIM card slot. Most phone and especially 4G phones sold these days use micro-SIM card slots. This will definitely inconvenience many who are switching from other devices.

Back to the note of the processor used - it's a welcomed change, even though it sounds like the Redmi Note 4G had a downgrade from the eight-core Mediatek processor used on the Redmi Note. In actual use, the Qualcomm Snapdragon 400 quad-core processor has made the device a lot more smoother to use and we share the same findings we observed with the Redmi 1S against the original Redmi. This is an aspect we've voiced strongly to Xiaomi and we're glad that they have considered our professional opinion.

Yet another improvement will be its microSD card support. It now supports microSD card capacity up to 64GB - a marked improvement over its predecessor's support of 32GB. This is because internal storage still remains the same at just 8GB, with 1.7GB taken up by the operating system. To round up the hardware improvements, the new phone supports Wireless 802.11ac networking standard with dual-band operation support and Bluetooth 4.0. The Redmi Note 4G runs on Android 4.4.2 (KitKat), with MIUI v5 as its UI overlay. Compare that to the still-Jelly bean (4.2) of its non-4G cousin. Notwithstanding that, the UI is still the same as its predecessor. Much of its functionality has been discussed before in previous articles, so we'll point you to them for further reading if you're not yet familiar:-

Write a Review
Compare This | Specifications
LTE connectivity, finally
Smooth performance
microSD card support up to 64GB
MIUI customizations
Great value for money
Basic plastic design
Battery performance is less than expected
MIUI can be overwhelming for some; takes time to fully absorb its capabilities
MIUI's design elements tries too much to be a clone of iOS; no app drawer by default
Our articles may contain affiliate links. If you buy through these links, we may earn a small commission.
Sponsored Links