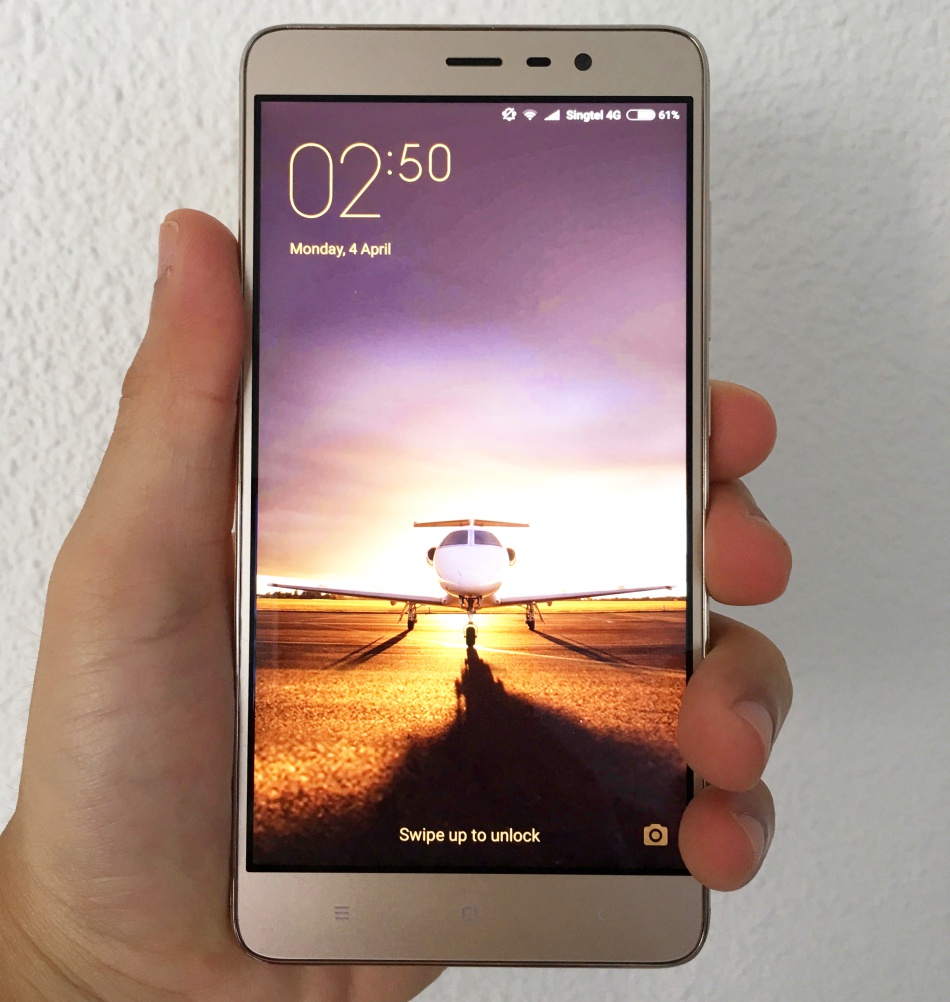 Despite only coming into the market barely two years ago, the Redmi Note family has come a long way. Starting with the Mi Note, Xiaomi has proven itself to be a company which is capable of coming up with great design and build quality. The Redmi Note 3 is no different; the budget-centric smartphone did surprised us with its array of flagship and premium features such as a fingerprint sensor, a metallic design and great build quality. Below is a brief look at how far the Redmi Note family has progressed:

Note: We've done a dedicated photo gallery for the Redmi Note 3. You can refer to that album if you want to see the phone in various angles.

With most phone makers now using metal builds for their smartphones, Xiaomi is also taking the plunge with its Redmi Note series. The Redmi Note 3 is the first Xiaomi phone to have a full-metal body although there are still two plastic bands at the top and bottom of the phone for the antennas. In case you don't know yet, metal materials will interfere with the signal and that is the last thing any phone maker wants.

Holding the Redmi Note 3 in the hands will make you question how Xiaomi managed to include an aluminium body in a phone that costs below S$300. The premium feel and build quality are unseen for a device in this price category. The textured finish on the rear also helps provide a better grip on the device.

Despite Google encouraging Android vendors to adopt on-screen navigation keys, Xiaomi has stuck to capacitive keys at the bottom of the display. Right-handed users will like the layout of the keys where the Back button is conveniently located closer to the right thumb. One thing we appreciated is the inclusion of backlighting for the capacitive buttons that will light up whenever you touch the fingerprint sensor or power button.

Even though the Redmi Note 3 is shorter and narrower than the Apple iPhone 6s Plus - which in itself is considered a great feat for the design team at Xiaomi - the Redmi Note 3 can be a handful for some consumers with smaller hands.

The left side of the phone houses the SIM card tray which can accommodate a micro-SIM card and a nano-SIM card or a microSD memory card (of up to 32GB). Both slots are capable of supporting 4G connectivity. 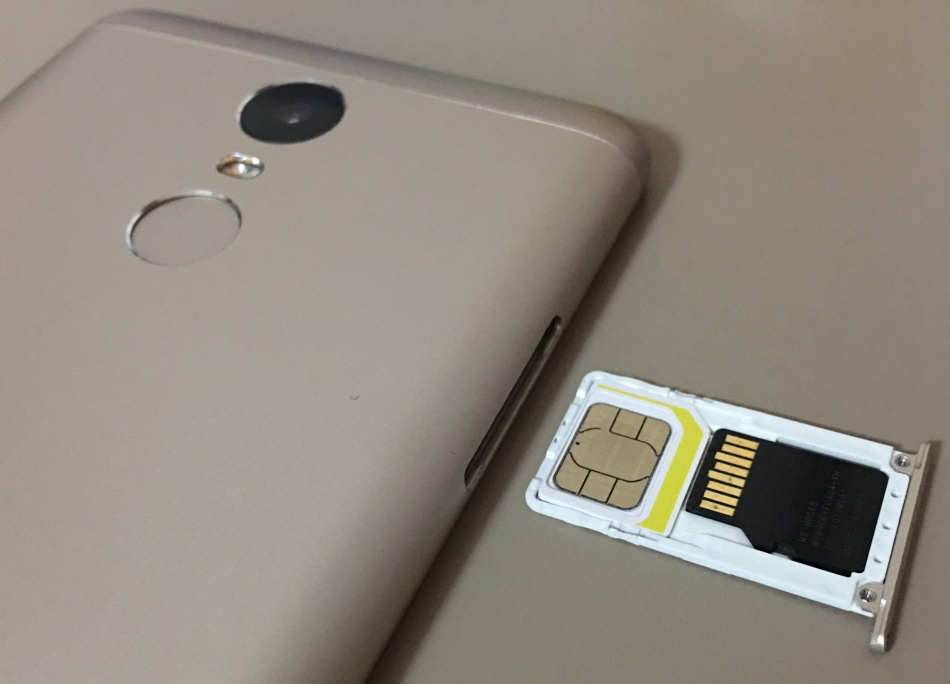 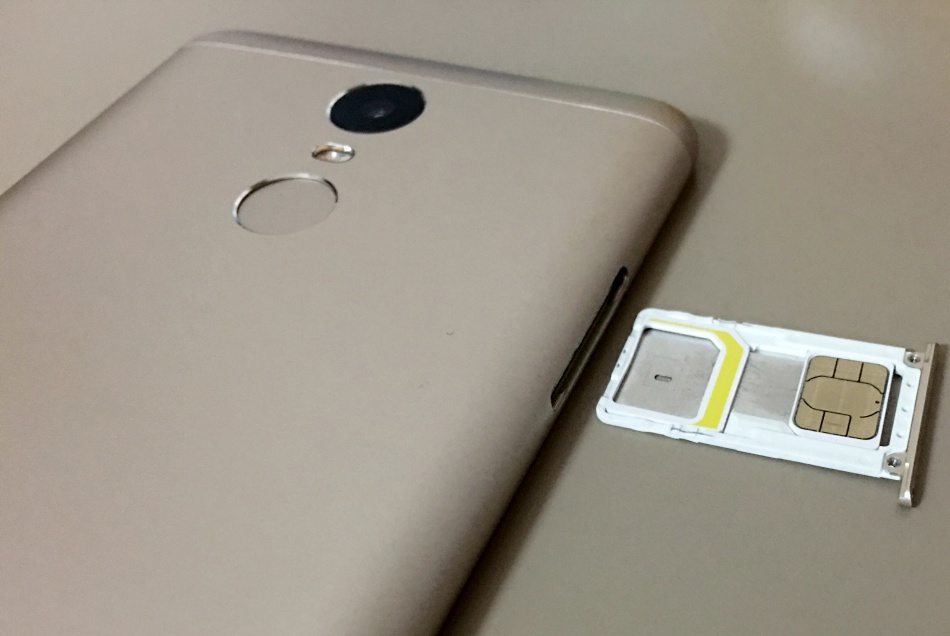 While the Redmi Note 3 has the same screen size (5.5-inches) and resolution (1,920 x 1,080 pixels) and pixel density (401ppi), it boasts new technologies that will certainly entice Note 2 owners to upgrade. Like the recently announced Night Shift on Apple's iOS 9.3, Xiaomi also has a similar display setting, Reading Mode on the Redmi Note 3.

Accessed via Settings > Display > Reading mode, this feature essentially reduces the display's background glare to minimize eye strain. You can adjust the strength of the feature via a scroll bar or pre-select apps to use reading mode. Reading mode has to be enabled manually, unlike Night Shift where you can set a schedule for it to be activated and deactivated. 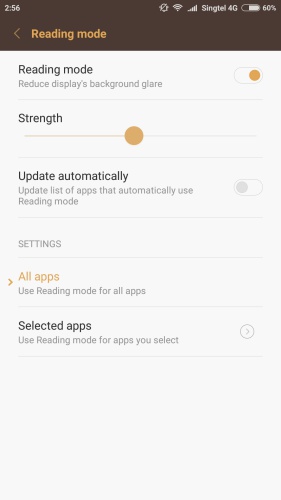 On a similar note, the display on the Redmi Note 3 can detect ambient light in real time and dynamically adjusts the contrast of the whole screen for optimal viewing experience. This allows you to use the Redmi Note 3 even under bright sunlight. This can be enabled via Settings > Display > Colors & Contrast > Automatic contrast. 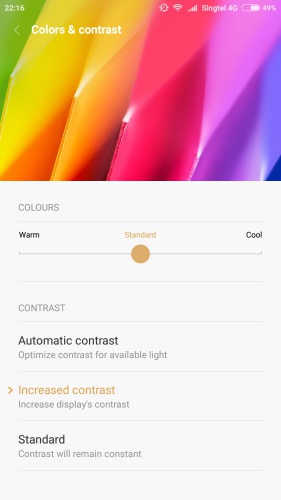 Overall, the display is sharp and bright with vibrant colors. Under actual usage conditions in bright light, sunlight legibility is still decent though not great. There is nothing to nitpick here, especially when considering you are looking at a S$299 phone. 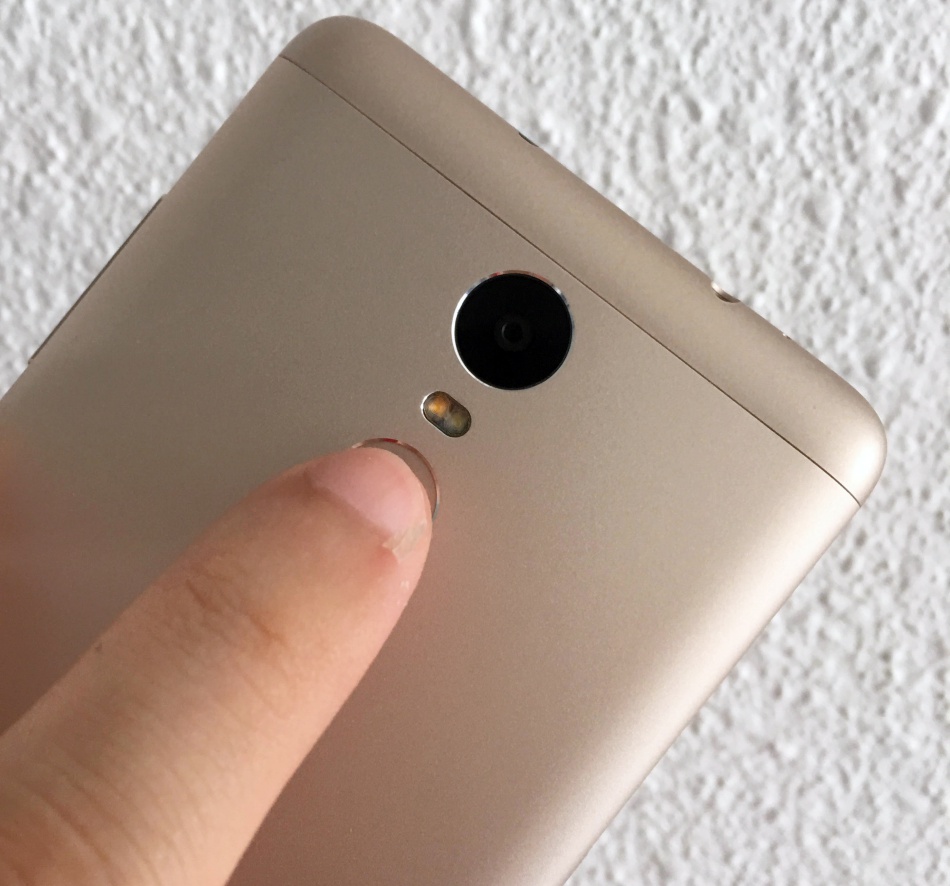 Besides using it to unlock the phone, the fingerprint sensor can be enabled for Child mode and File Explorer. Setting it up is pretty easy; you have to setup a backup password before placing your finger on the sensor. It will take about 12 scans to register a fingerprint and you can register up to five fingerprints on the Redmi Note 3. 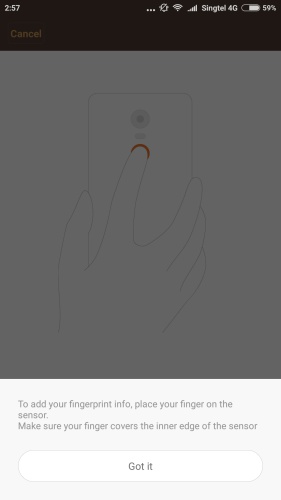 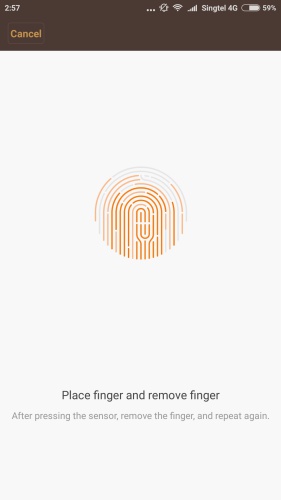 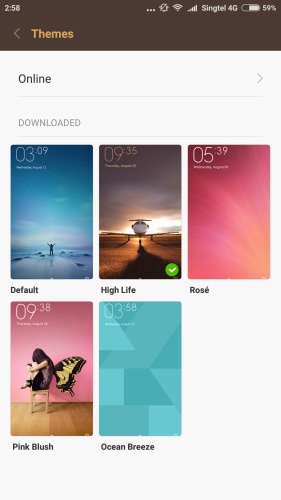 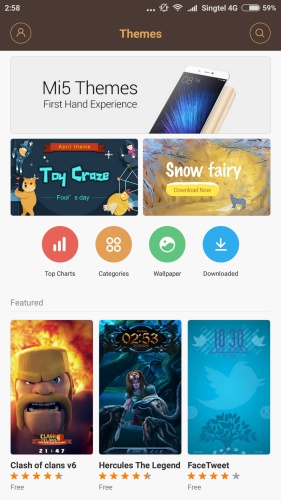 After updating all the preloaded apps, the Redmi Note 3 comes with about 22.70GB of available storage space. The model sold in Singapore comes with 32GB onboard storage space, which you can increase up to 32GB via the SIM and memory card slot. 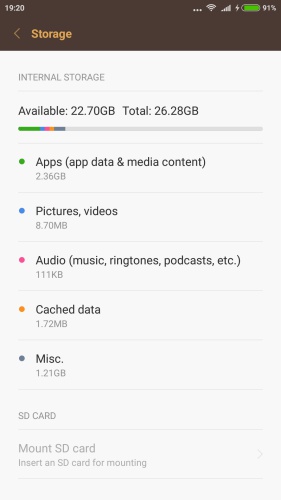