"A hundred and eight megapixels. One - hundred - and - freaking - EIGHT!"

At first slow, deliberate, and deliberately sarcastic, he suddenly spat out the last word.

"So tell me, which high fashion brands have signed you up so far, huh? Spring/summer collection, huh? Going Paris and Milan? This is hilarious, Luke!" he guffawed, taking a drag on his cigarette while he flipped the phone back and forth in his hands.

Not once did my professional-photographer friend even attempt to turn it on, let alone take a test shot. 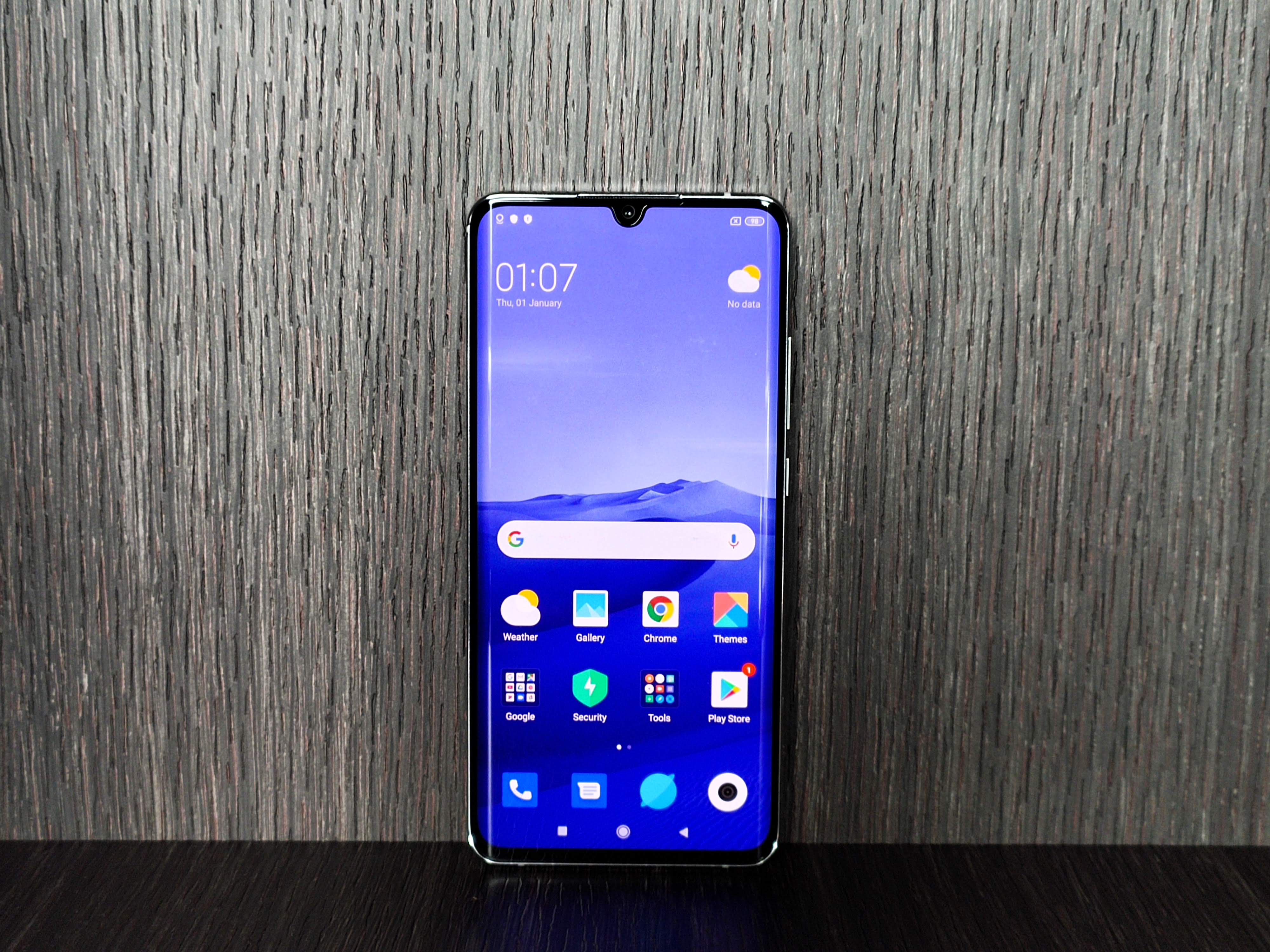 As you will recall, dear reader, the moment we got our hands on an export set of the Xiaomi Mi Note 10 (and later on, the 10 Pro), we were among the first in Singapore to post images before the official launch a couple of days later. Since then, the usual "what's that phone you're testing now ah?" has garnered very extreme reactions across the entire spectrum, from surprise to disdain, the moment its 108-megapixel camera is discussed.

But a lot of the hullabaloo surrounding it has since died down. With Samsung rumoured to be using an improved version of this same sensor in its upcoming Galaxy S20, has the Mi Note 10 managed to whet our appetite for more jaw-dropping smartphone cameras to come - or only left a sour taste in our mouths?

With my own export-set Mi Note 10 in hand, I convinced a friend to get a 10 Pro and to loan it to me for the purpose of this review. Hey ho, let's go!

Maybe it's true that there's no more room for innovation in phone design. Maybe it's also true that Chinese makers find it safer to build something people have already gotten used to from someone else. The Mi Note 10 is yet another one of these unashamed clones, this time of the Huawei P30 Pro, and who can say whether that's for the best? 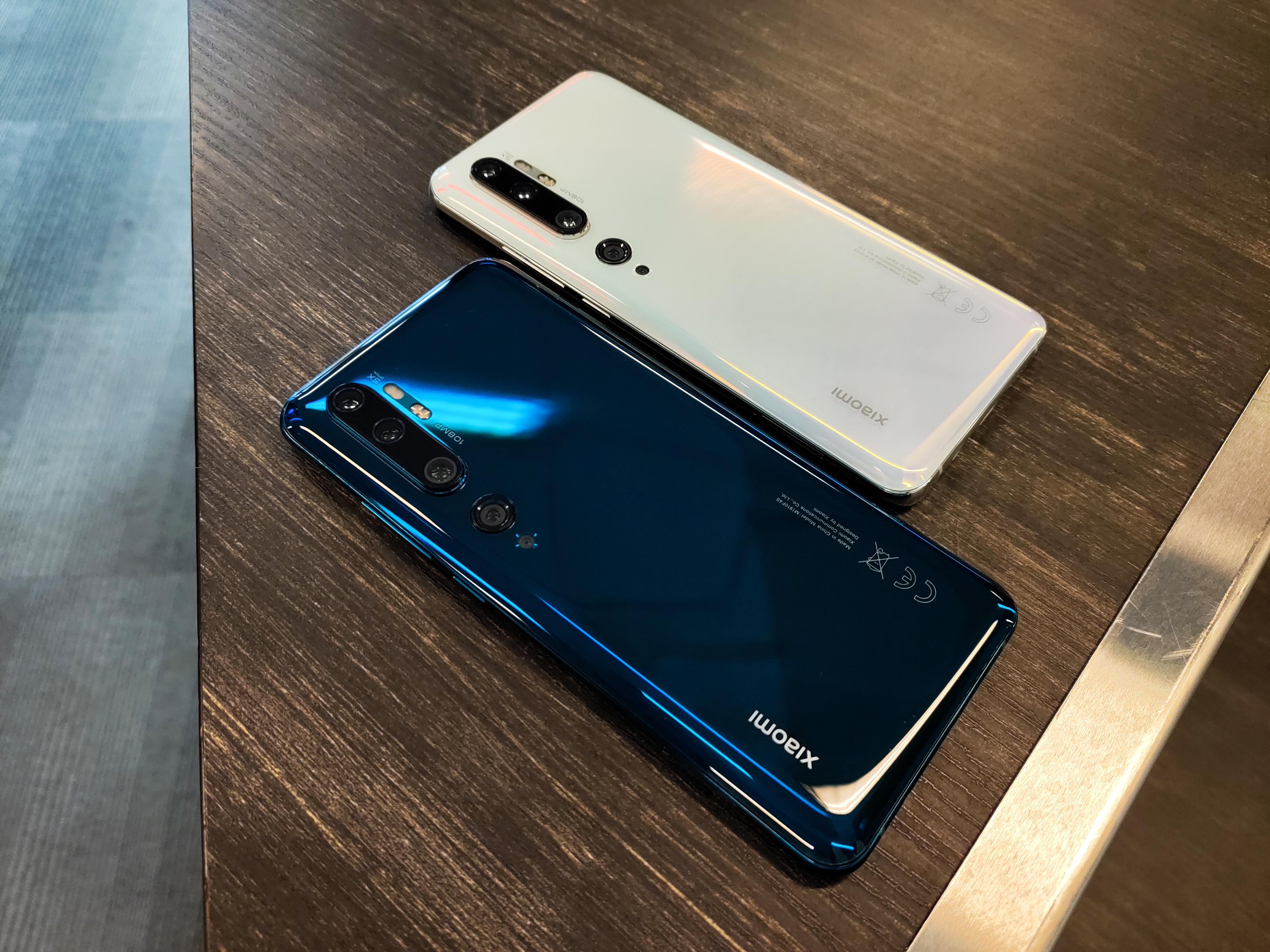 Colour choices range from a flamboyant Glacier White to a more classy Aurora Green that is actually more turquoise-y blue, and, of course, a relatively uninteresting Black. The former colourway packs a beautiful gradient that glows pink and blue depending on your viewing angle, but after only a week, I noticed a long scratch on its bare-metal edge along the top (all phones were kept in their supplied TPU cases.) For the avoidance of doubt, all three colourways, including Black, are available on both the Pro and non-Pro variants. 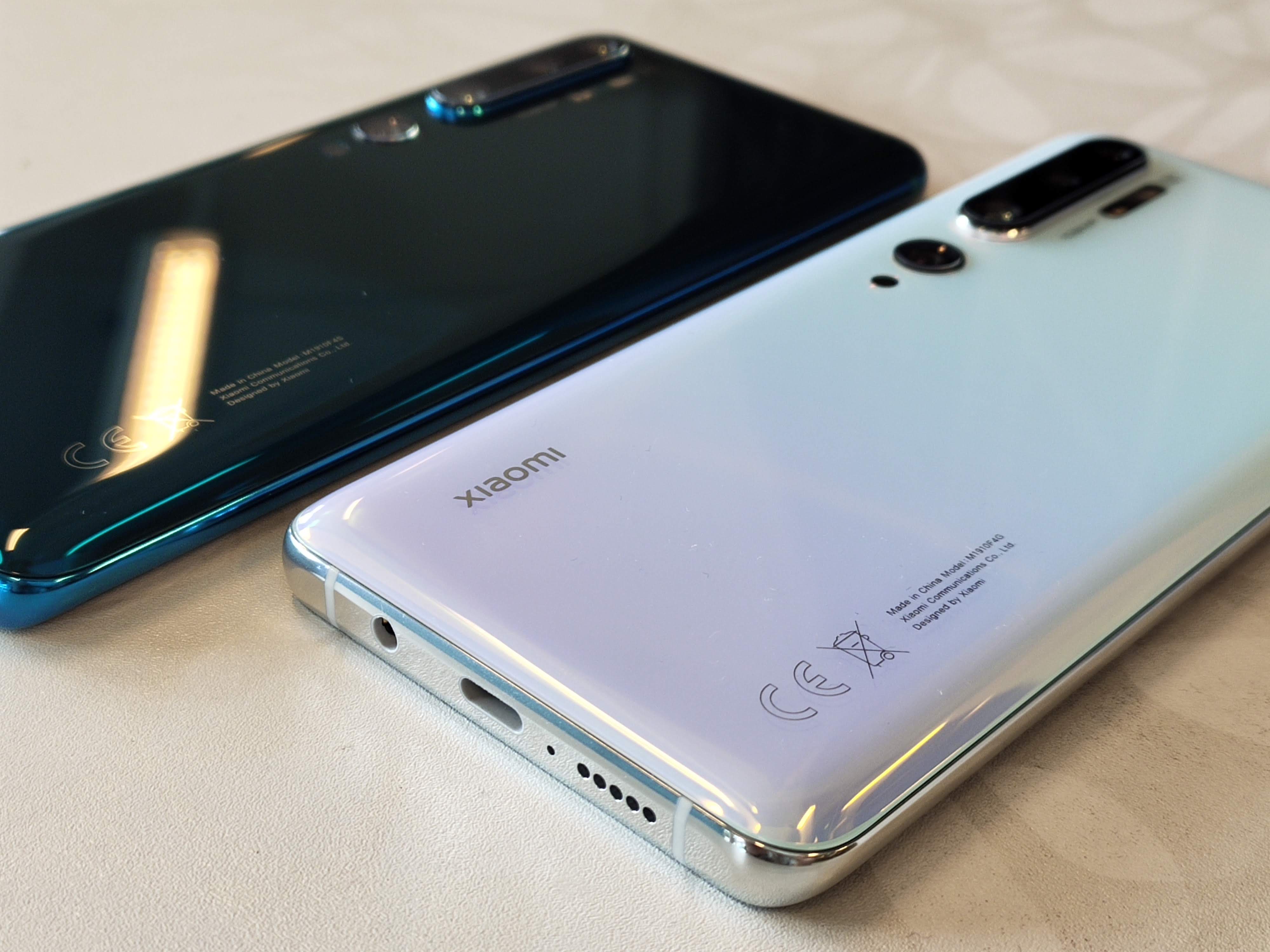 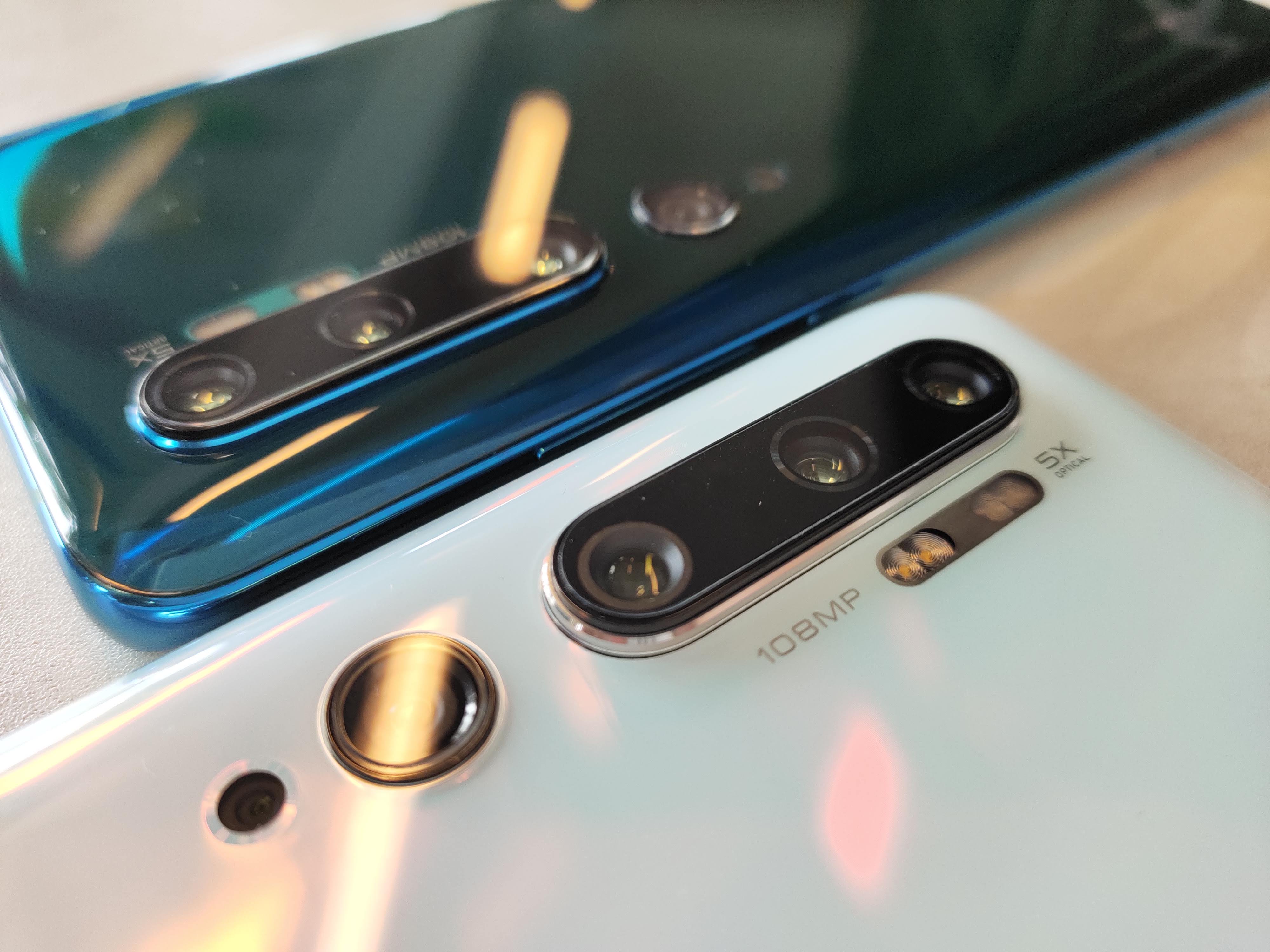 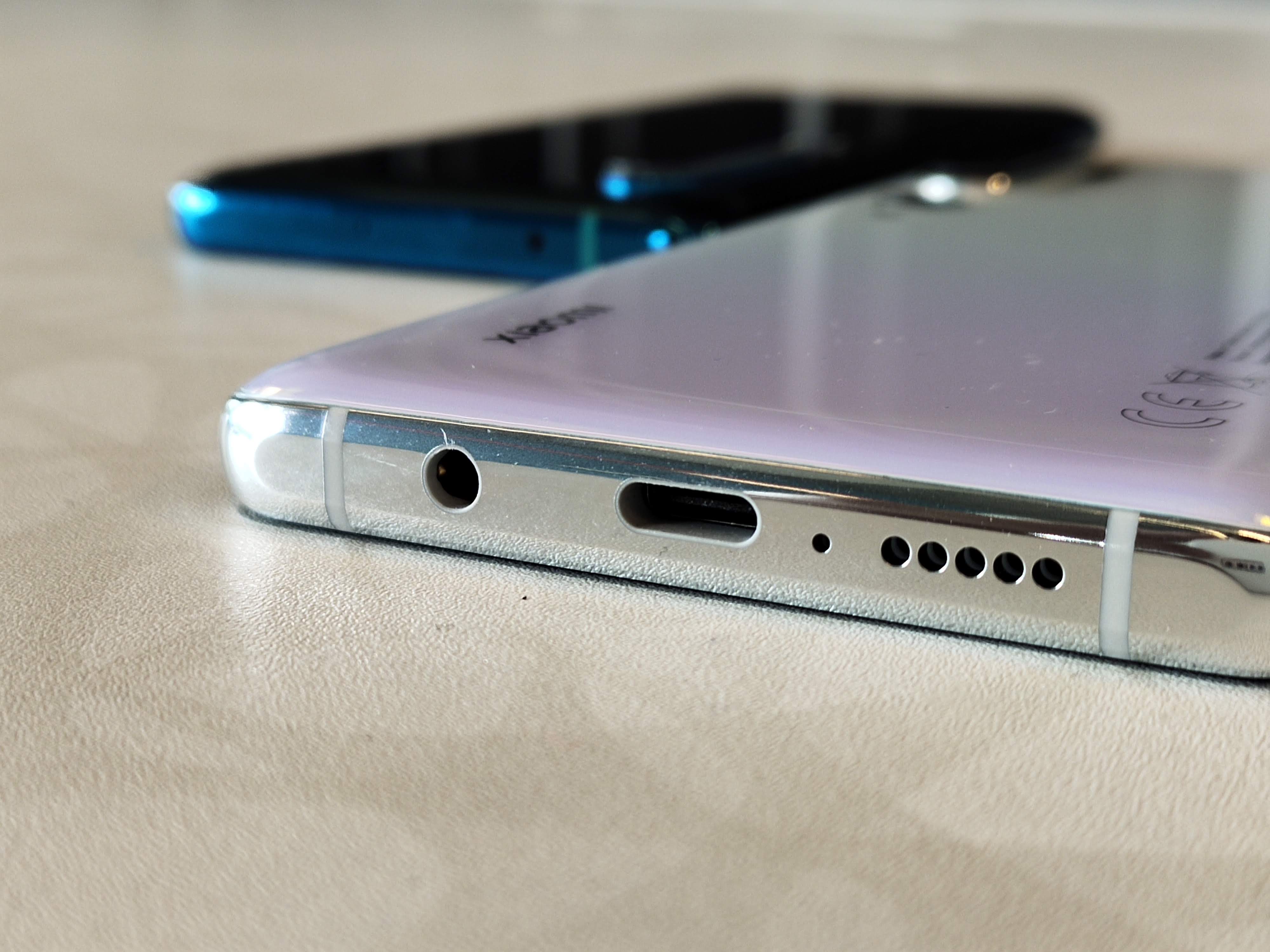 Here's another tidbit: The Mi Note 10 may well be quite splash-resistant, for I've actually gotten used to reading news in the bathroom and (gasp) rinsing it daily with the shower head to clean it - I've been doing this for over a month with no discernible ill effects. Disclaimer: Xiaomi has not claimed any form of waterproofing for the Mi Note 10 series, so *do not* try this with your own phone.

The SIM and SD combo slot has a rubber seal, so I'm sure there's some waterproofing.

The one thing Xiaomi couldn't clone from the P30 Pro is the weight. The Mi Note 10 is a hefty 208 grams, 16g more than the P30 Pro, and two grams heavier than the already huge OnePlus 7 Pro, which has a larger display. The reason? The gargantuan 5,260mAh battery - of which more in a bit.

There are going to be quite a few who will grab a Mi Note 10 sight unseen - and then put it on Carousell after only a week or two because it’s causing their trousers and jeans to sag. Let me save you the trouble at the outset: if you’re used to light phones, this is certainly not the ‘droid you’re looking for.

There's a sort of same difference between the 6.47-inch FHD+ curved AMOLED displays on the Huawei P30 Pro and the Mi Note 10: while they both look identical at first glance, the former's are built by LG Display and BOE, and the latter's by Visionox. And for some reason the Visionox panel seems more vibrant and appealing than what's in the Huawei phone. 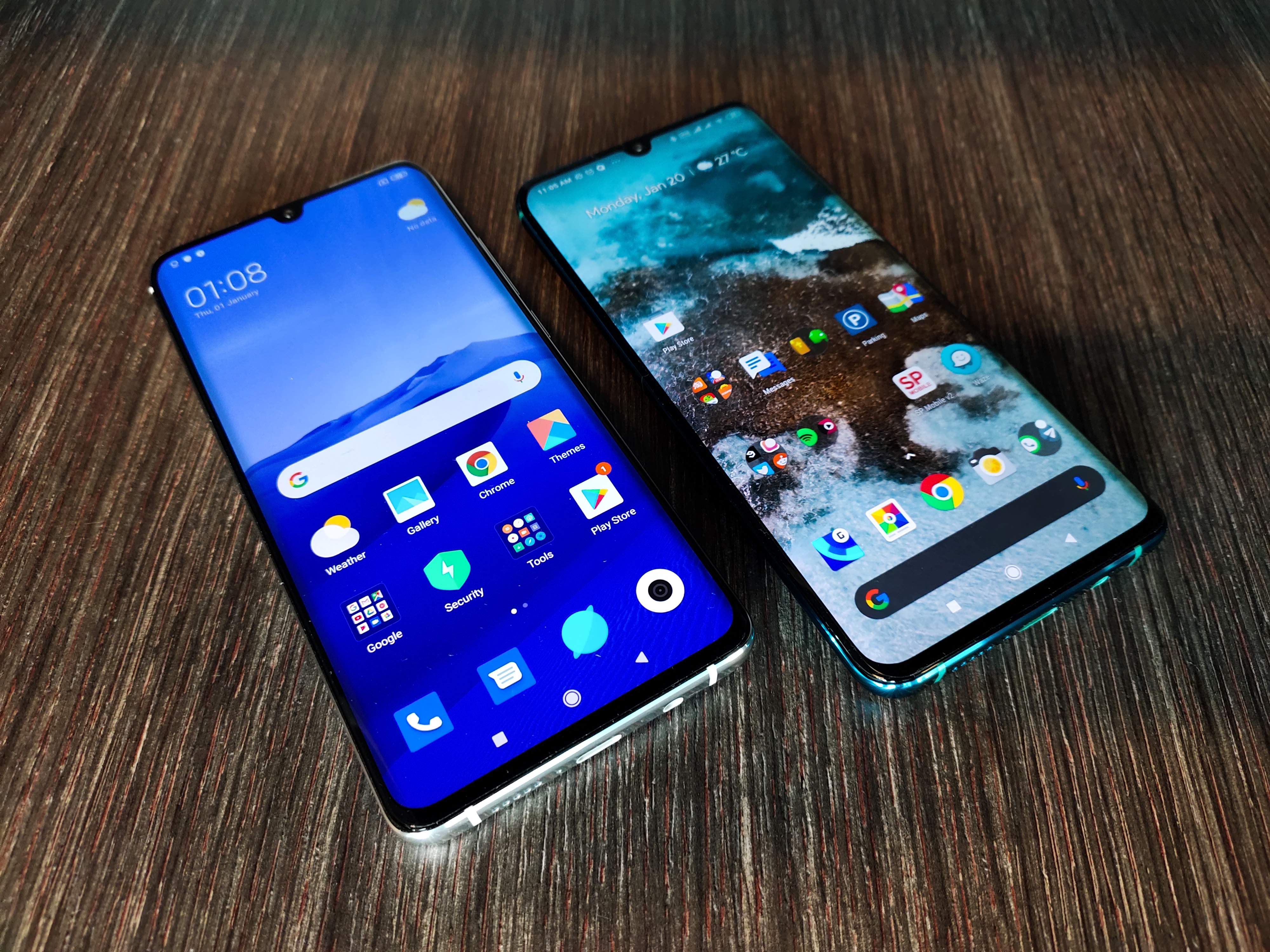 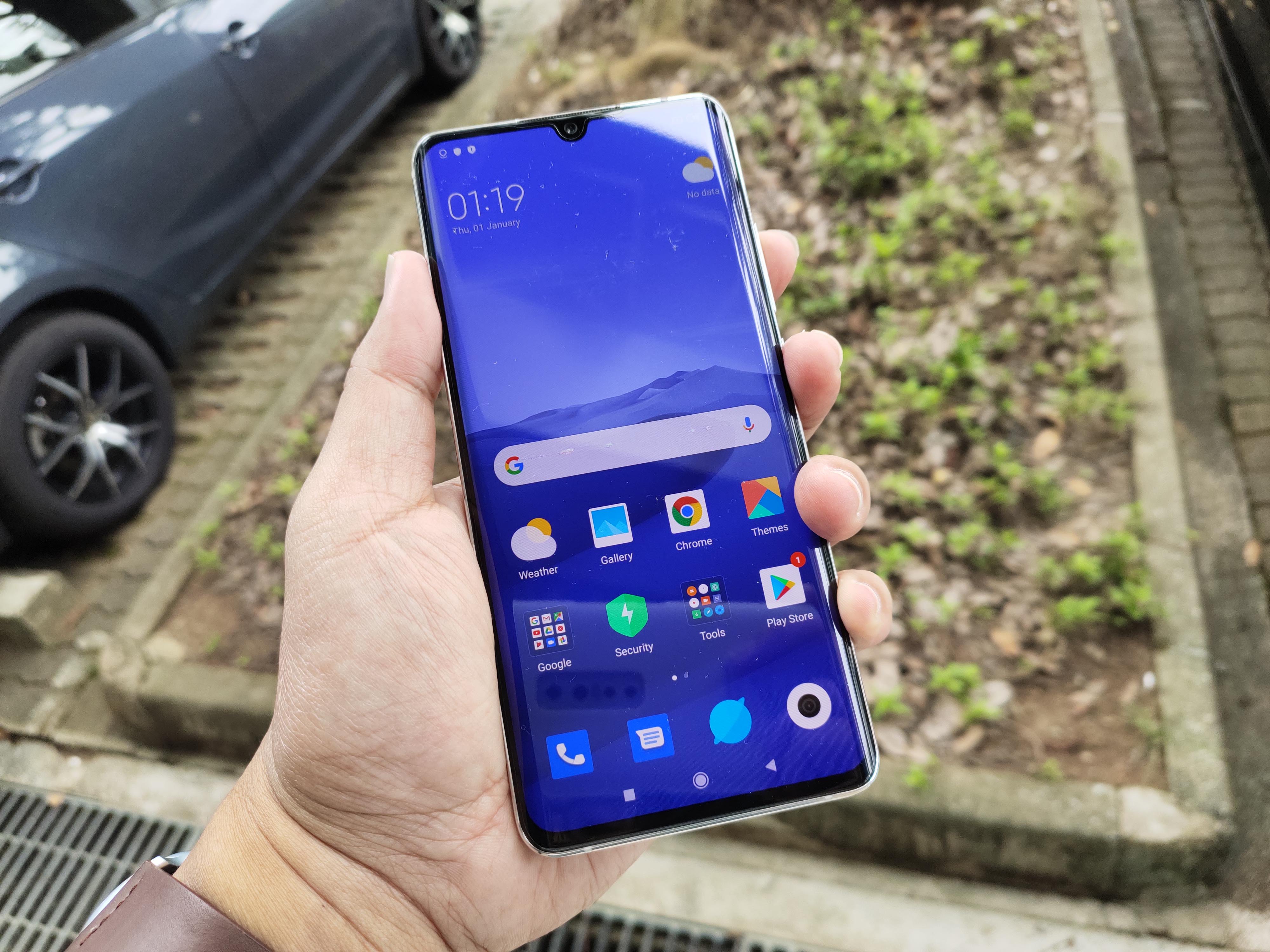 Curved displays, mmm. They look so good, yet are so fragile… and by the way, unlike just about every other Chinese phone maker, there's no factory-applied screen protector on the Mi Note 10. Better get one before your phone arrives!

For shame, Xiaomi, protecting the gorgeous display on this thing would set you back less than a dollar per phone, maybe?