Disclaimer (September 2017): the Xiaomi Mi MIX 2 unit we received is a retail-ready Chinese handset flashed with a public beta version of the global ROM. While the review’s general user experience, handling, and key features can be relied on, certain differences in software implementation may affect the results of our benchmark.

We will revisit the review after receiving a true retail-ready handset that’s specific to our market, if at all. 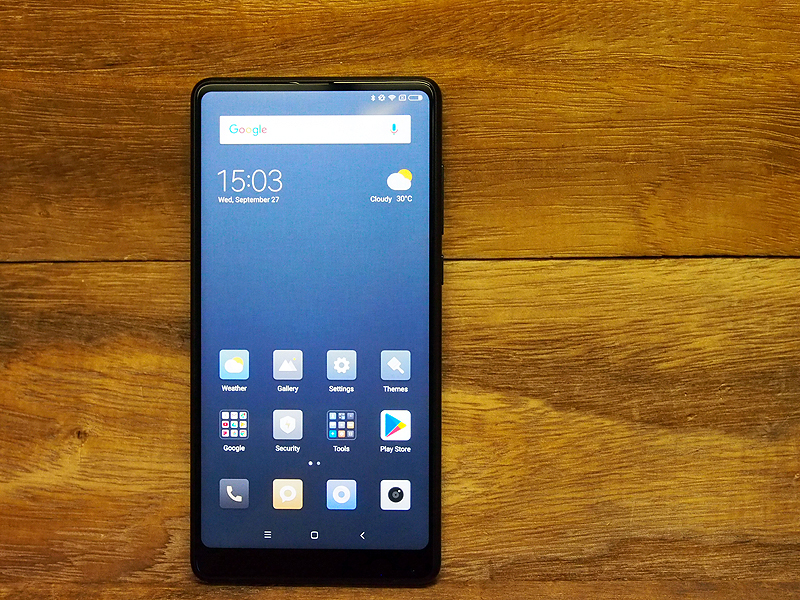 After last year’s impressive showcase of its ‘conceptual’ China-only Xiaomi Mi Mix handset, the Chinese smartphone brand returns with a redesigned version that’s updated based on past users’ feedback. Not only did the Mi MIX 2 get the much-needed global compatibility of 43 different LTE bands, Xiaomi also made some minor adjustments, such as reducing the bottom bezel width, and re-orientating the call speaker for better call privacy. While it’s effectively the same bezel-less phone as its predecessor, the Mi MIX 2 is better prepared for the mass market.

However, Xiaomi's new phone comes at a challenging time – rivals like Samsung, LG, and now Apple have their own bezel-less smartphones, so the Mi MIX 2 cannot solely rely on its display to stand-out from the crowd. To that end, the Mi MIX 2 effectively replaced the Mi Note series as the de-facto flagship device for Xiaomi’s second-half of 2017.

Backing up that claim is none other than its chipset, a current-generation, top-end Qualcomm Snapdragon 835 SoC, which pits the phone against the Samsung Galaxy Note8, LG V30, Apple’s iPhone X, and more rivals to come towards Q4 this year. The Mi MIX 2’s price positioning, however, places it in direct competition against the HTC U11, Sony Xperia XZ1, and other sub-S$1,000 devices.

How does the Xiaomi Mi MIX 2 fare in a competitive flagship smartphone climate? Can the device measure up against other bezel-less alternatives out there? Let’s find out. 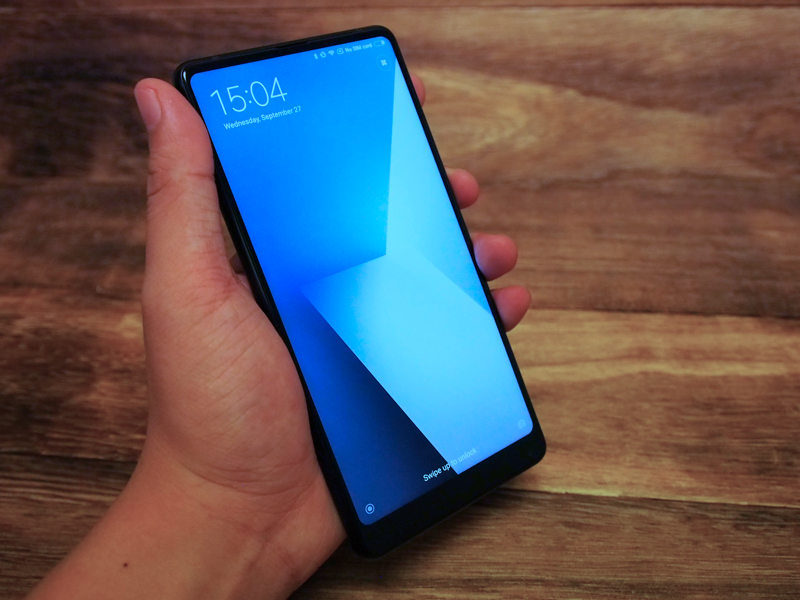 The Mi MIX 2 uses the same design found on its predecessor – a near-bezel-less look with a display panel that runs from edge-to-edge around the sides and top, and the bottom bezel containing the front camera (you’ll need to hold the phone upside-down to take self-portraits). The 2017 refresh saw the device updated with rounded edges and corners, with the antenna lines built into the aluminum frame.

The back is made of highly polished ceramic that’s cold to the touch. One raised camera housing punctuates the rear with its 18-karat gold trimming. Below it, you’ll find a fingerprint sensor that’s marked out by a circle with a chamfered circumference. At the bottom of the Mi MIX 2 sits the USB Type-C port, with two rows of audio grilles – one for speaker and the other is a microphone. The power/lock button rests to its right (with the phone facing you), and the volume rockers are just above the power button. On the opposite side is the dual-SIM tray. Like the older Mi MIX, this phone is also designed by Philippe Starck. 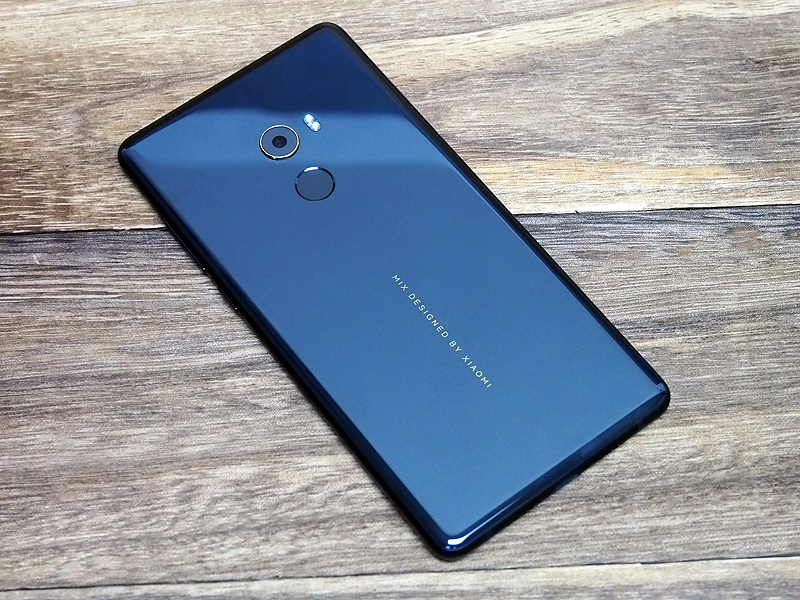 While Xiaomi had the honor of being the bezel-less innovator, it was Samsung and LG that took on the role of trend-setting. The Mi MIX 2’s bezel-less appearance has had its X-Factor dulled ever since its rivals implemented theirs via the S8/S8+ and G6, and now, Note8 and V30 (as explained in our hands-on piece). 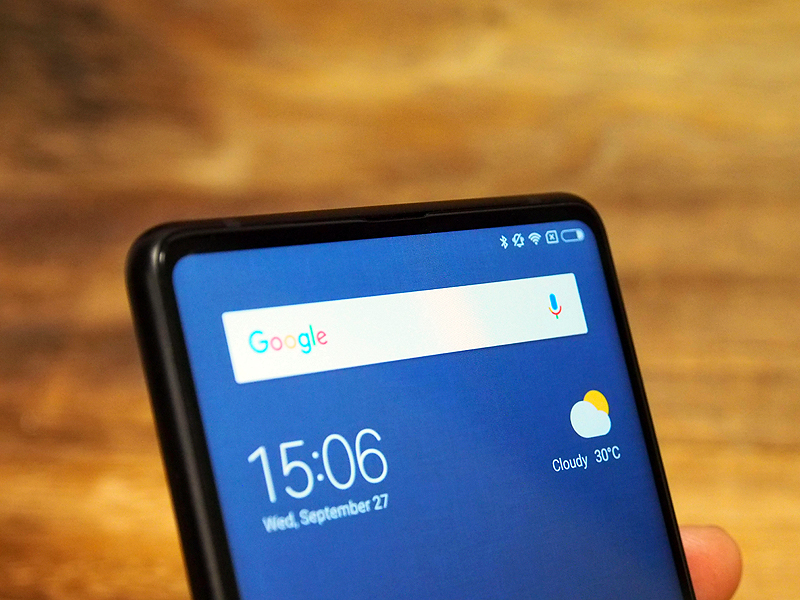 While the Mi MIX had three even sides that gave the phone a balanced-looking ‘frame', the Mi MIX 2 has undone that by making the top bezel thicker to accommodate the improved call speaker. This may be a slight change to the Mi MIX 2’s all-display look, but it favors practicality over aesthetics, even if it does make the MIX 2 slightly less bezel-less than its predecessor. 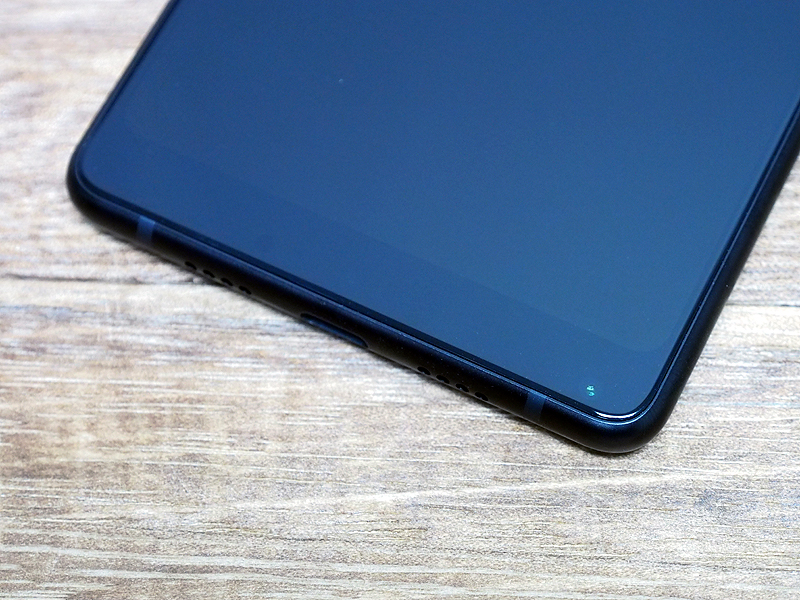 However, the design still holds up well because of the MIX 2's slimmer 'chin', which gives it a slight advantage in handling when you are trying to access the Android soft keys. Xiaomi reduced the bottom bezel’s real estate by 11.9%, by making some changes to the parts used and manufacturing process. The changes in design give the Mi MIX 2 its 151.8 x 75.5 x 7.7mm dimensions and 185g in weight,  which is 11.9% smaller in size, 2.5mm thinner, and 11.5% lighter than its predecessor.

These edits also make the Mi MIX 2 at least 5mm shorter than the iPhone 8 Plus, but with a 0.4-inch wider display (for a better comparison, the iPhone X is shorter at 143.6mm, but the iPhone X only has a 5.8-inch display).

While the elongated display might offer some difficulty in doing a one-handed, top-down Notifications pull, the camera placement on the back deftly avoids your grip, so you can worry less about smudging the rear lens when navigating around apps around the lower-half of the Mi MIX 2. 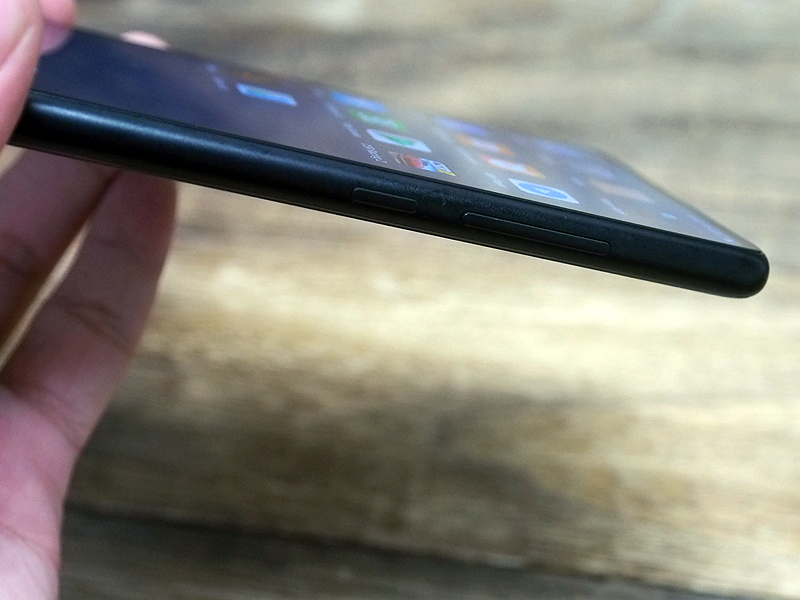 In real-world use, the differences from regular-bezel phones don’t change how we interact with the Mi MIX 2, although some of the standard navigation habits might pose a slight challenge (again, if you’re only using a single hand).

It’s worth noting that this flagship device does not come with water-resistance, IP-rated or otherwise. 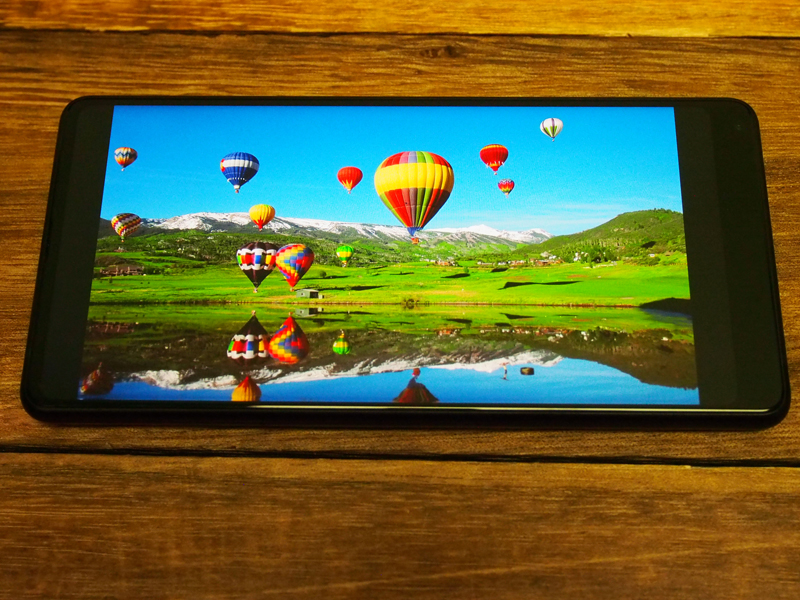 The Xiaomi Mi MIX 2 uses a 5.99-inch IPS display rated at Full HD+ (1080 x 2160 pixels resolution). Screen-to-body ratio is approximately at 80.8%, with an aspect ratio of 18:9, and it offers DCI-P3 support. On it, you’ll find Corning Gorilla Glass 4. We believe that Xiaomi brought the aspect ratio up from 17:9 to match the existing 18:9 phone standard. It’s little changes like this that not only hint at how new standards are developed, but also signal to us how Xiaomi has lost the lead in the bezel-less revolution in just one short year, no less.

The display is nice, and it isn’t because of its aspect ratio or its immersion. The 5.99-inch panel offers excellent clarity and color reproduction. It’s has a darker bias for contrast handling, even though its blacks are not as deep as OLED panels. It doesn’t have the oversaturation effect found in early AMOLED panels, which is refreshing. Since our test image uses the 16:9 aspect ratio, the Mi MIX 2 letterboxes the sample picture with black bars on its left and right. The same applies when you view videos on YouTube. We have more depth for this topic in our Features & UI section.

The downgrade in display size (from the old Mi Mix’s 6.4-inch display) isn’t a huge pain point for us, given how it’s still plenty of screen on a body that usually fits 5.5-inch displays. What bothered us more was its 1080p resolution - we rarely feel that the phone’s display quality makes a significant difference when choosing between 1080p and 1440p, but the Mi MIX 2’s edge-to-edge design brought out the differences when content is rendered on its 1080p panel. Perhaps we were already spoilt by other bezel-less phones, but it doesn’t change how resolution size is more noticeable than the ones found on regular handsets. 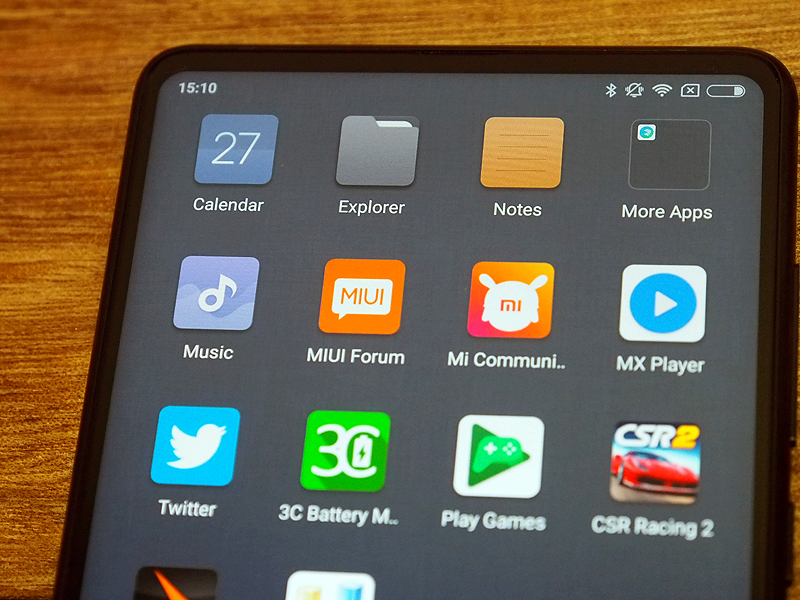 Fingerprint sensor on the rear 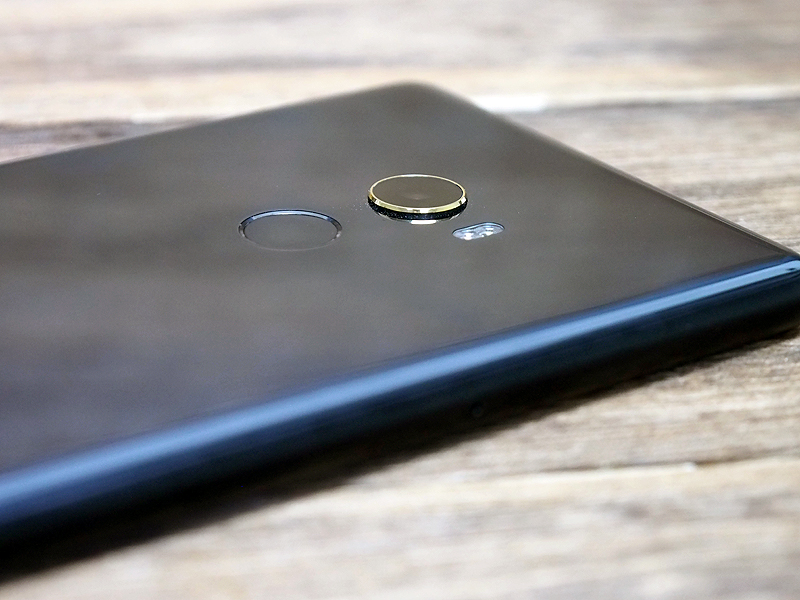 Unlike your regular Xiaomi flagship device, the Mi MIX 2’s wide front panel means that Xiaomi had no room for a physical Home button or slate, and the fingerprint sensor needs a new home. That new spot is on the rear, just below the camera housing. As mentioned in our Handling section of the review, the placement of the rear features are sensible and ergonomic – not only will your finger not smudge the lens, it rests nicely into the demarcated fingerprint slate.

As expected, fingerprint recognition is swift and responsive. 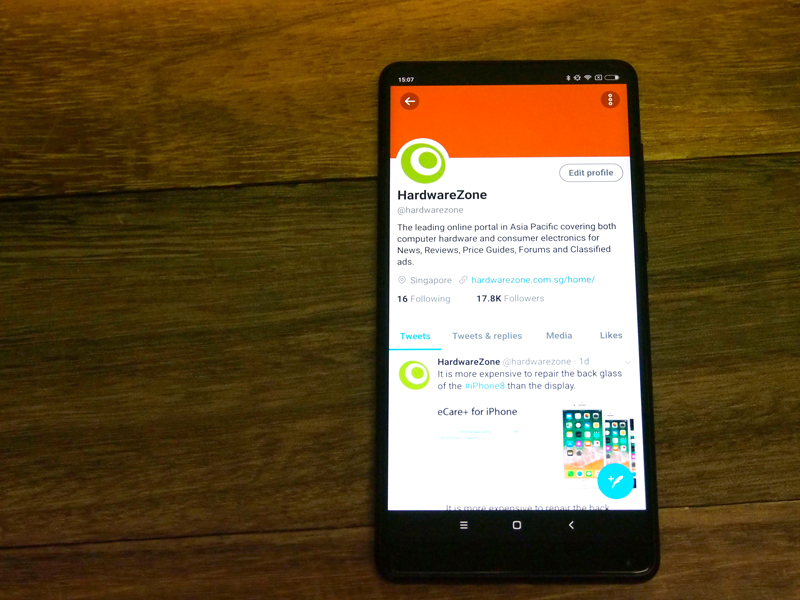 Unlike the Samsung bezel-less phones, the Mi MIX 2 doesn’t come with a hard-coded aspect ratio management tool in its operating system, so your YouTube videos will play at the conventional 16:9 aspect ratio with letterboxing (black bars) on the sides. You’ll need to download a third-party video-playing app with aspect ratio control so that the Mi MIX 2 can take full advantage of its 18:9 screen. Our foray into the Settings app also revealed no options to preset, or adjust the aspect ratio of video content.

There is the option to display your chosen apps in the full 18:9 format, but that doesn’t apply to videos. It does, however, apply to games (since those are apps).

Since unusual aspect ratio support for apps was first okayed by Google (which also explains the option's availability in the Settings page), the successful app implementation cannot be 100% attributed to Xiaomi’s efforts. They will have to include hard-coded aspect ratio control if they want to have the same polish as Samsung’s bezel-less devices. Fortunately, such options can be patched via a firmware update – if Xiaomi chooses to. 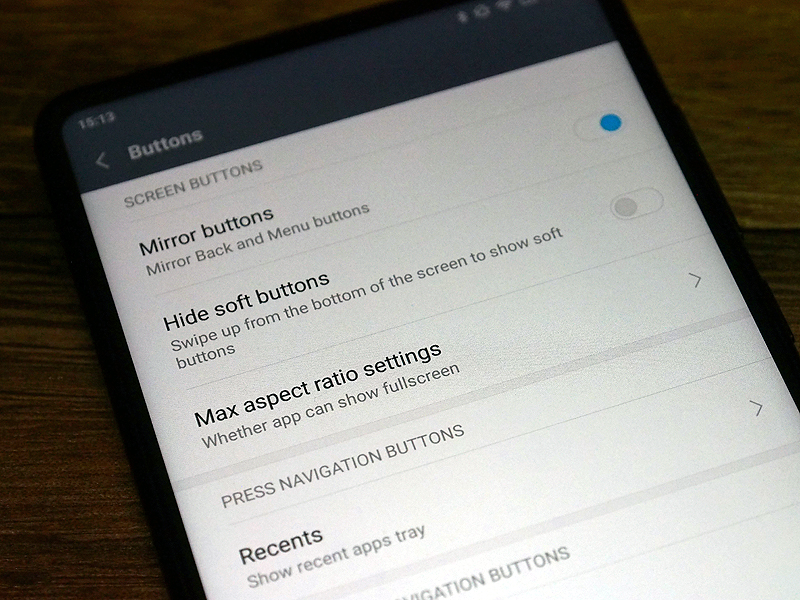 Another noteworthy missing feature on the Mi MIX 2 is HDR support. Samsung and LG’s latest phones, along with Apple’s iPhone X, use HDR displays, with the LG G6 being the first to support Netflix HDR officially. The list of Netflix HDR-supported phones now includes the Note8, V30, Xperia XZ Premium, and Xperia XZ1. On the other hand, the Mi MIX 2 isn’t using an HDR display, and the Display settings menu does not hint at HDR support in any way.

That, we presume, is partly how Xiaomi keeps the phone’s cost lower than its rivals since it did not follow the HDR trend like the others (also, Mi MIX 2 uses IPS LCD, while V30 and iPhone X are using the pricier OLED panels). However, it’s worth noting that your viewing experience won’t be negatively affected if you aren’t already consuming HDR content regularly. Like waterproofing, having HDR panels is a nice plus for bezel-less phones, but we can’t fault Xiaomi for opting otherwise. 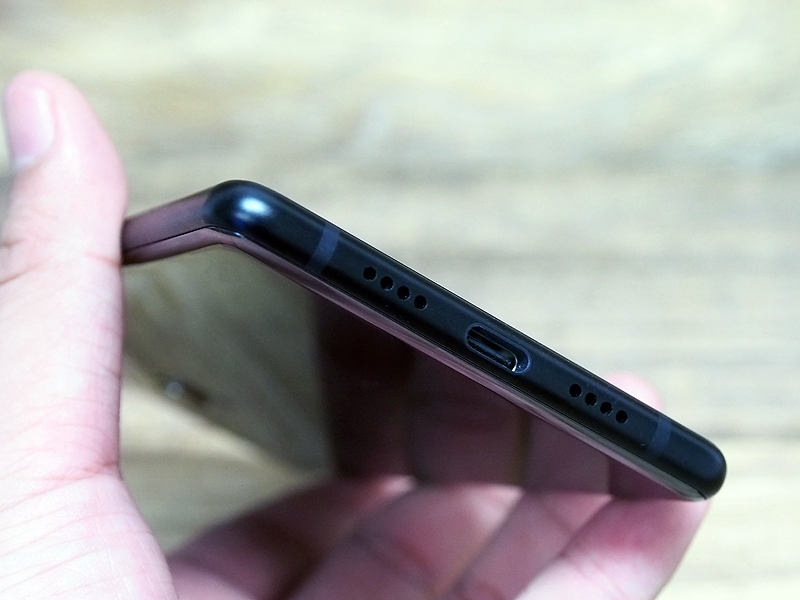 The Mi MIX 2 follows in the footsteps of the Mi 6 by excluding the 3.5mm headphone jack. In our Mi 6 review, we lamented how the lack of a 3.5mm headphone jack could come across as a disadvantage for lower-priced Android smartphones since decent wireless options cost a pretty penny and you’re forced to choose between charging and taking a quick call with a compatible headset. If you do happen to own a pair of wireless headphones or earbuds, you can enjoy listening to music with Bluetooth 5.0 (which has better range than Bluetooth 4.2). While it’s not a factor to penalize the Mi MIX 2 for (considering its premium positioning), it’s still a nice feature to have.

The Xiaomi Mi MIX 2 lacks a microSD card slot, which can be a problem for other Android users looking to switch to the Mi MIX 2. Ideally, the 256GB version of Mi MIX 2 should pose fewer issues given its generous storage space, but the variant availability in Singapore is currently uncertain until further notice.

However, you can find 256GB export sets from Shopee instead (our IMDA department doesn't officially approve these and they come with a Shopee one-month warranty). 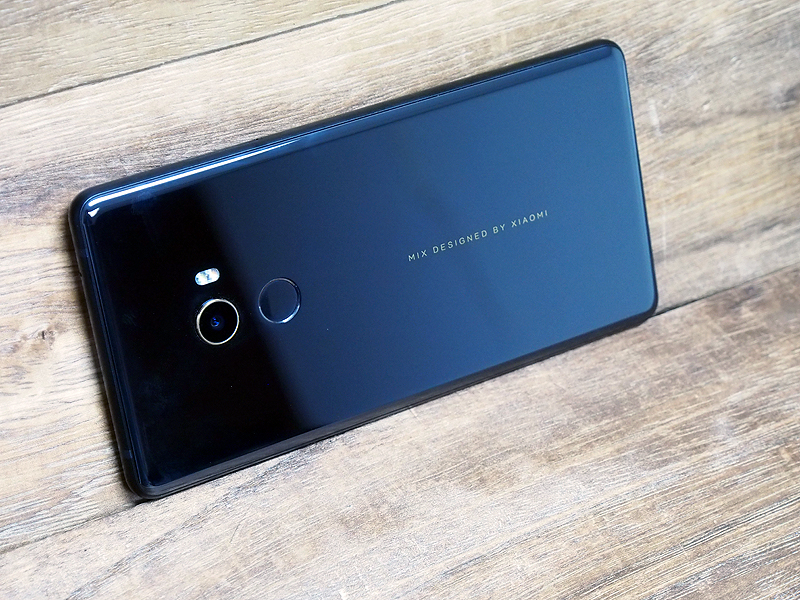 Not all is lost in Mi MIX 2’s feature-set since the phone comes with the fastest storage technology for current-gen smartphones – UFS 2.1. This is on par with the premium devices on the market, like your Galaxy Note8, V30, Xperia XZ1, OnePlus 5, and more. The storage technology’s speed directly affects app launch times and responsiveness, as well as certain storage-intensive tasks (e.g., burst photos from the rear camera).