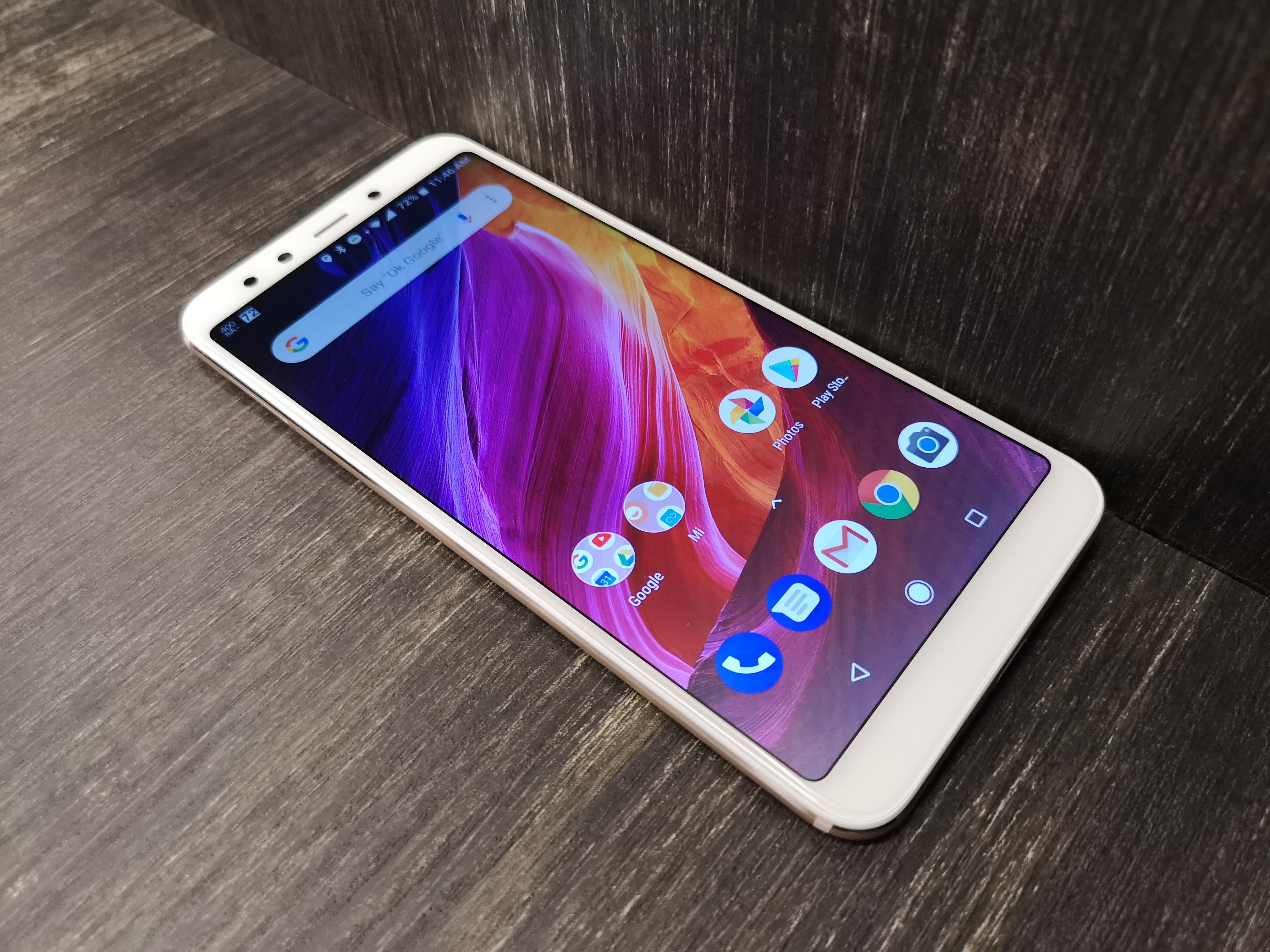 It's a fair bet that the first time Xiaomi released a phone not running MIUI, there was cheering in the streets. Well, maybe just the streets of South Asia, South America, and emerging Western markets like Russia, at any rate. But that's still a lot of streets.

Why? For some background, let's hark back to 2014 when Google first revealed Android One, a range of devices that would run virtually stock Android. In an Android world seemingly overran by bloatware-packed devices, and with Google's Nexus and Pixel phones still strictly limited to certain developed markets, Android One phones are music to the ears of pure Android fans. Google would handle the system and security updates; the manufacturers partnering with them only had to build the hardware (and were free to incorporate their own specialized camera and other apps.)

The problem, however, was in the execution of this grand idea. The first and second waves of Android One devices were strictly localized, coming from brands such as Micromax of India, Nexian of Indonesia, and Infinix of Nigeria, and the hardware specs were decidedly low-end: MediaTek MT6582 1.3GHz quad-core processors and 2GB of RAM were par for the course. In 2016, Japanese telco SoftBank tried a Sharp model, but even though it was at the time the most prestigious brand under the Android One umbrella, it was strictly a Japan-only release. There was nothing even remotely close to Nexus or Pixel material, and it seemed like the closest thing to a stock Android dream for most people would still have to be the OnePlus 3 series.

But in September 2017 Xiaomi, that validated value veteran, unexpectedly burst onto the scene with a phone widely viewed by many as the "budget Pixel": the Mi A1. Driven by a reasonably modern octa-core Qualcomm Snapdragon 625, the A1 was equipped with dual 12-megapixel cameras, and even boasted something not found on any Pixel - a microSD card slot! Better yet, Xiaomi's marketing might and reach meant that it was eventually rolled out in 48 markets, from Singapore to Slovakia.

So, a year later, here we are with the Mi A2. Given that the A1 firmly established itself as a cheap and cheerful champ in the best Xiaomi traditions, the Snapdragon 660 and 20-megapixel mentions in the A2's spec list would seem to suggest yet another value mammoth this time round. Is that so? Let's dive into the belly of the beast and find out!

No one would ever use terms like "stand-out" or "groundbreaking" when describing the exterior of a budget Xiaomi (or Redmi) device. By recycling the basic designs of its phones, the Chinese juggernaut saves its dough for where it counts: performance and features.

Don't expect anything new, then, with the Mi A2. This device, like the endless ranks of Redmi-Pro-Plus-Notes before it, is still built from a glass-aluminum sandwich. Last year's special color, rose red, has vanished in favor of a light blue, but otherwise you still get the same champagne gold and boring black options as with every other phone on the planet. 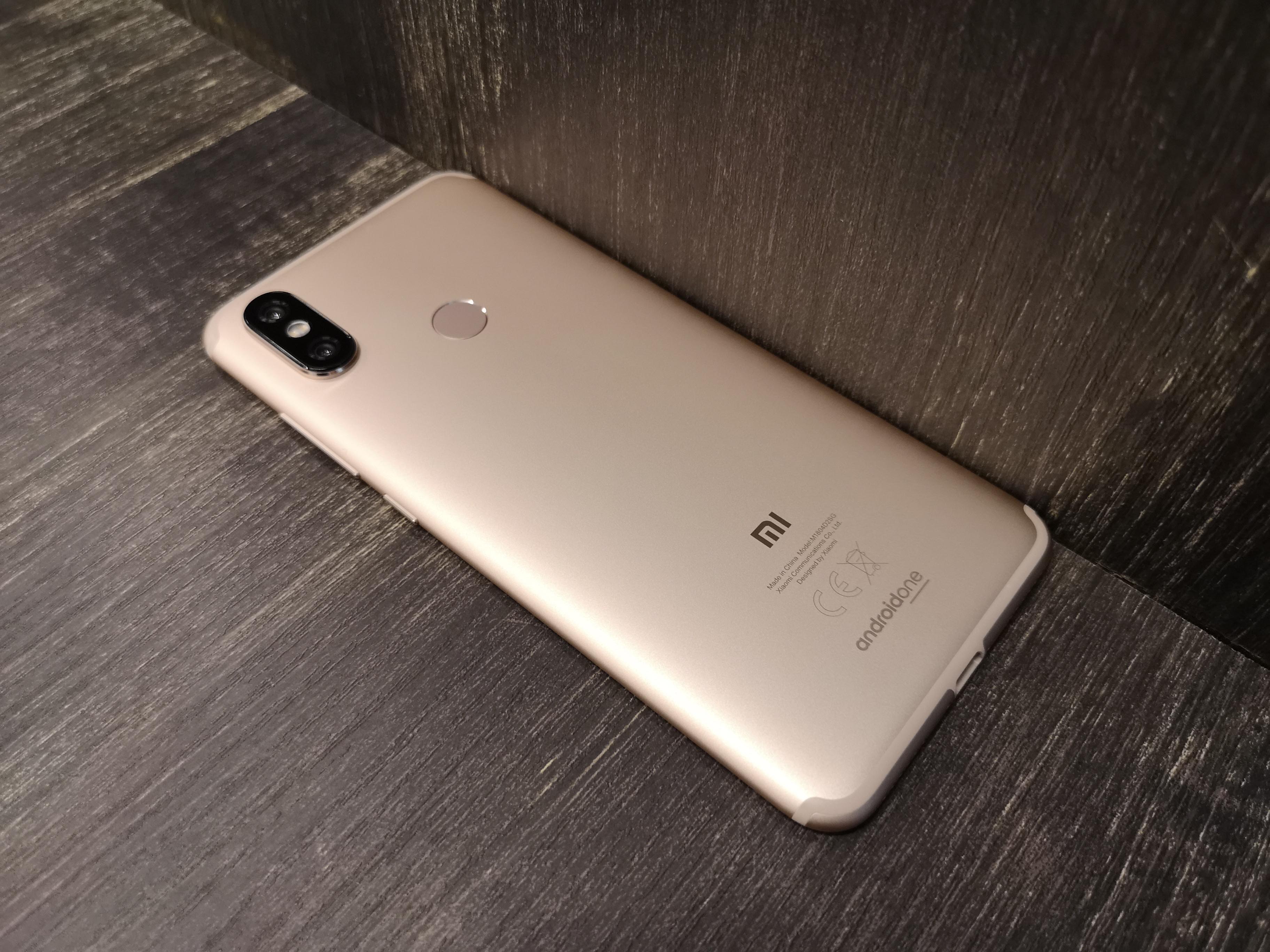 The list of exterior fitments is not much to shout about. The 5.99-inch 18:9 LTPS IPS LCD, shared with the Redmi 5 Plus and Note 5 phones, has improved marginally over the Mi A1 in color accuracy and contrast ratio, but is still too dim for outdoor use. Don't expect stereo speakers, either. 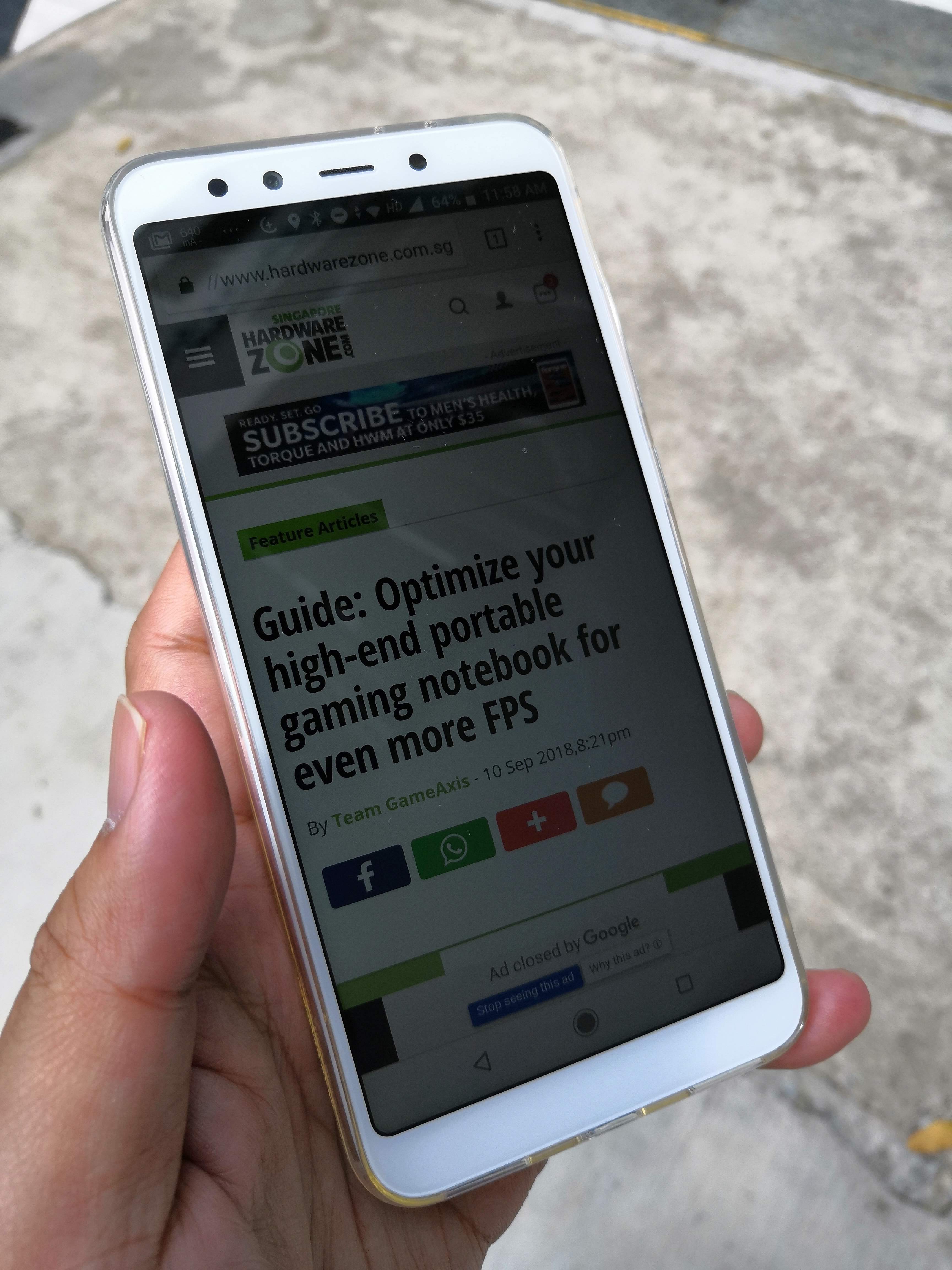 Round the back, the dual cameras are placed at the top left, with the LED flash smack in the middle of the two lenses. Not only that, the camera forms a hump; along with the offset position, this means the phone won't lie flat on a table. 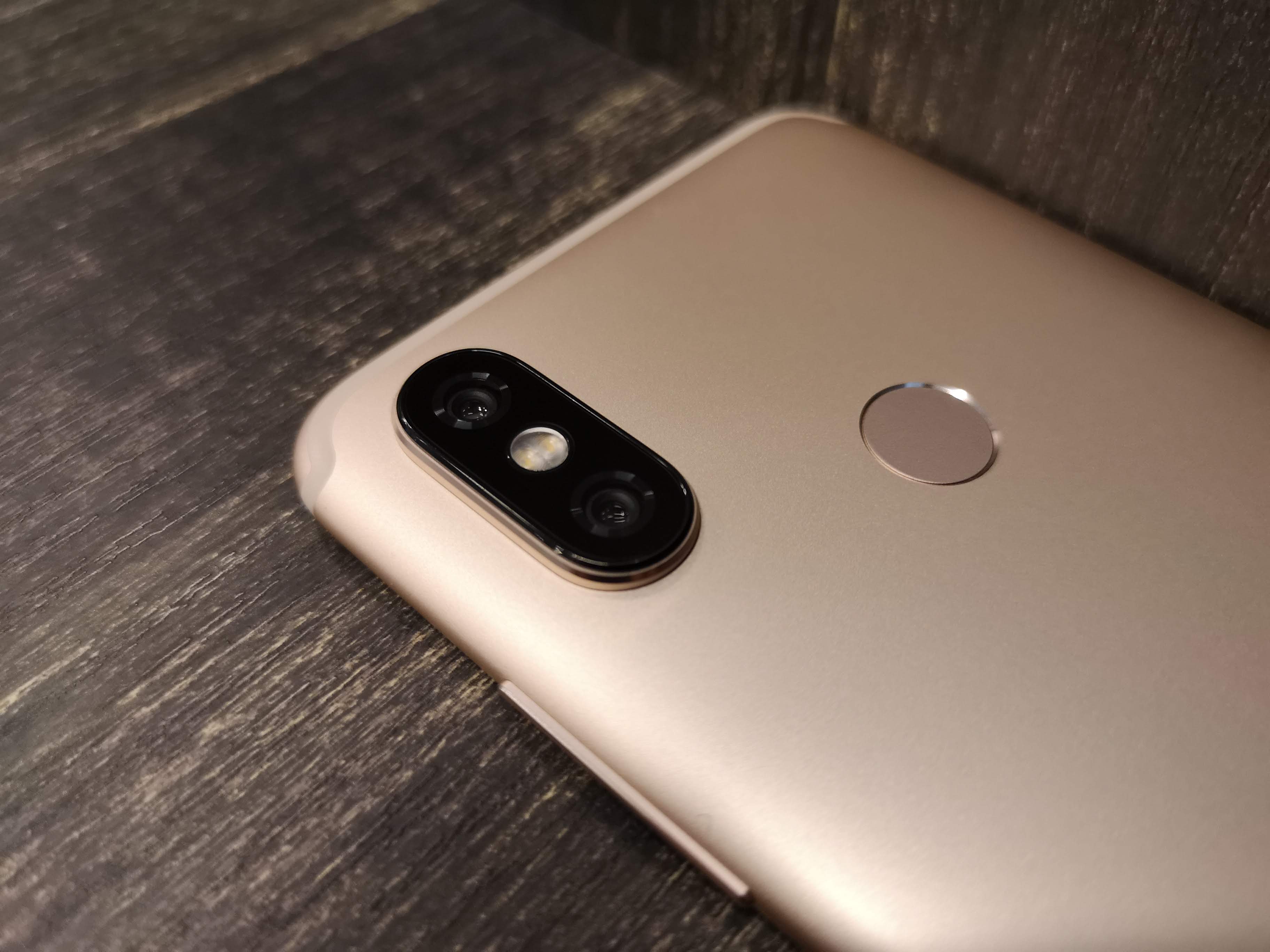 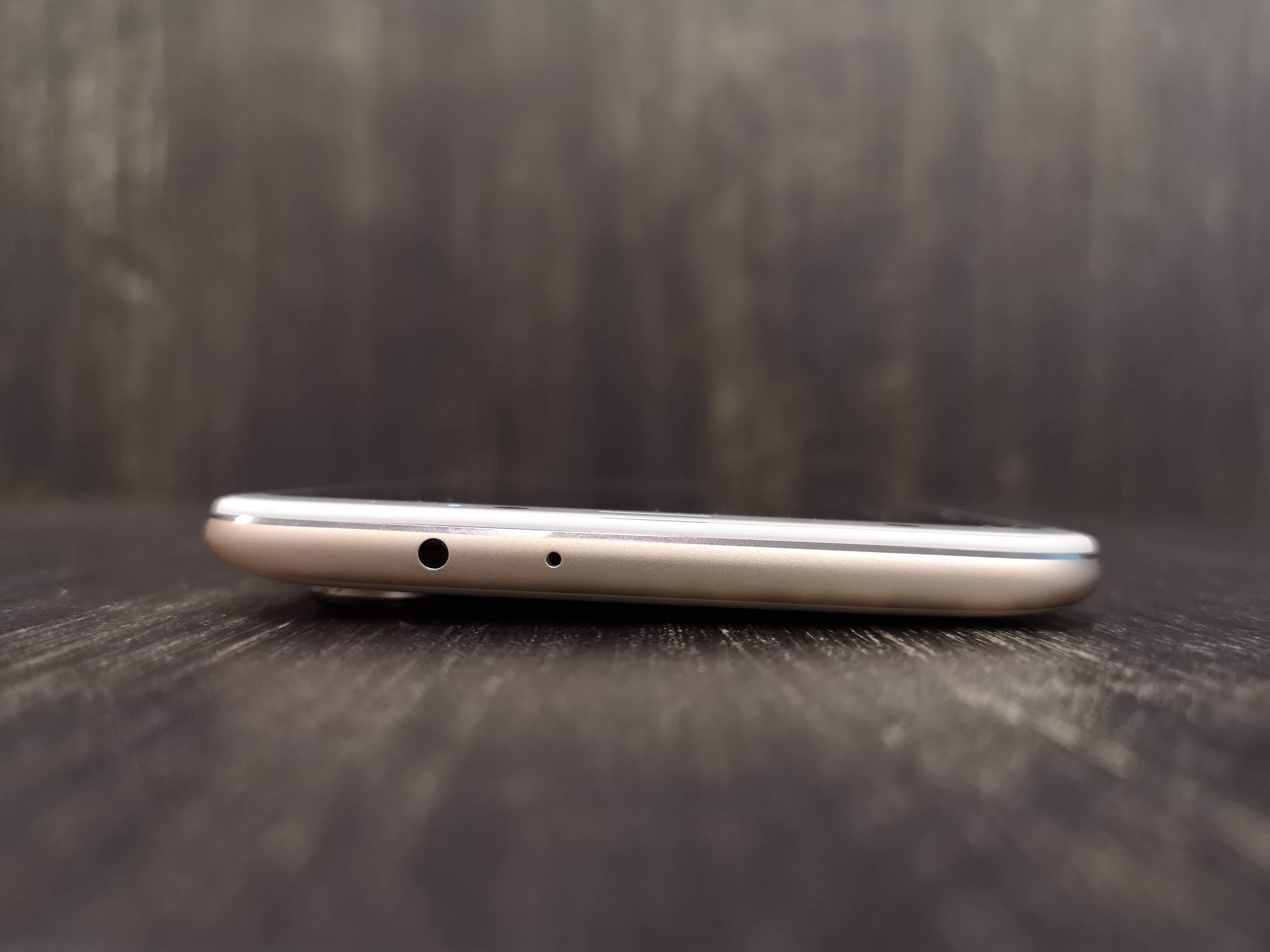 Thankfully, there's an IR blaster and dual-SIM slots. But there's no expandable memory: the 64GB of storage you get is fixed, and you can't use one of the SIM slots as a memory card slot. 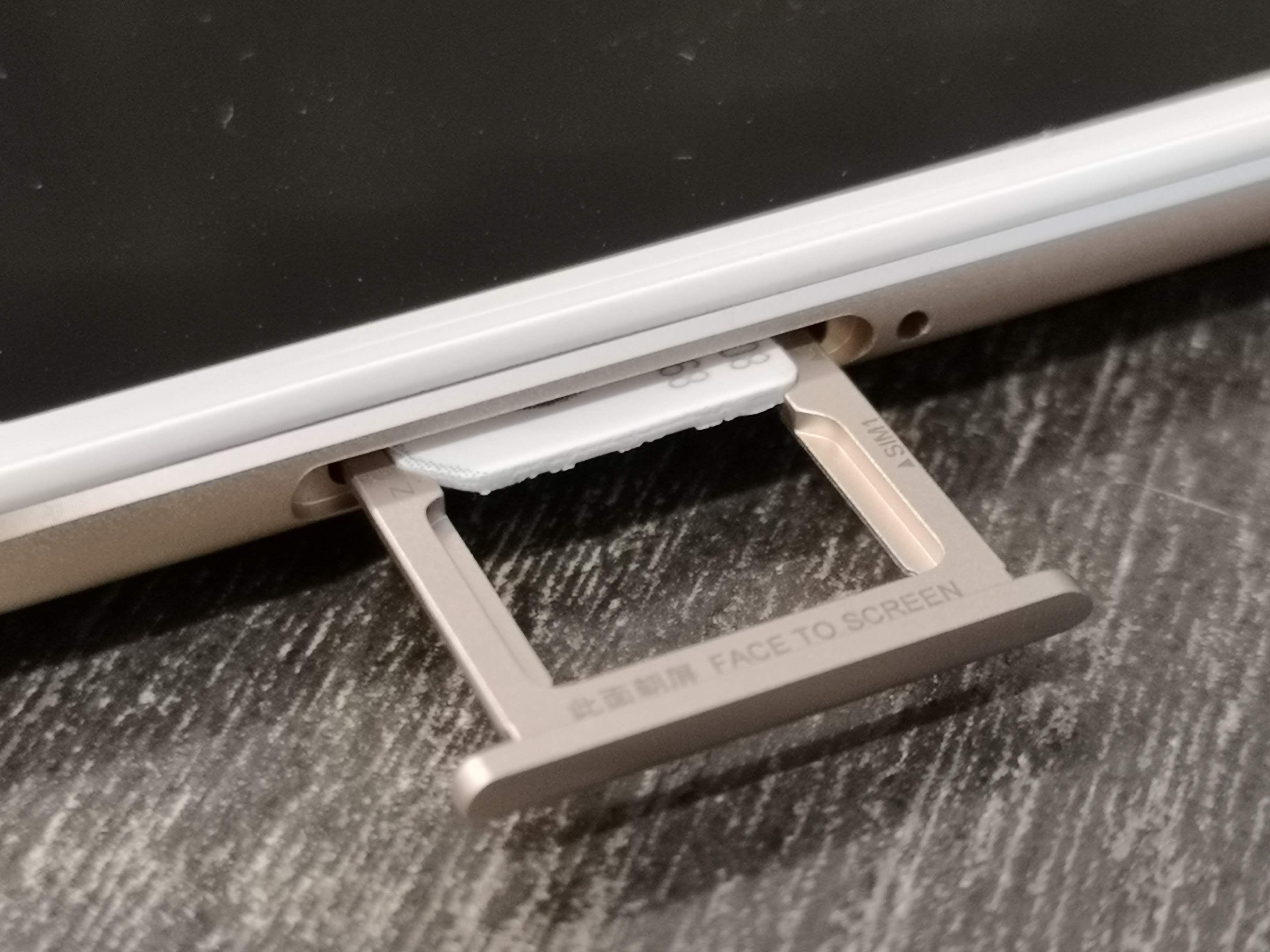 There's no 3.5mm headphone jack, too. We could see the reason behind its removal on the flagship Mi 8 - but why on this phone? Xiaomi does bundle an adaptor in the Mi A2's box, but it's cold comfort. The phone also uses USB-C for charging and data transfer. 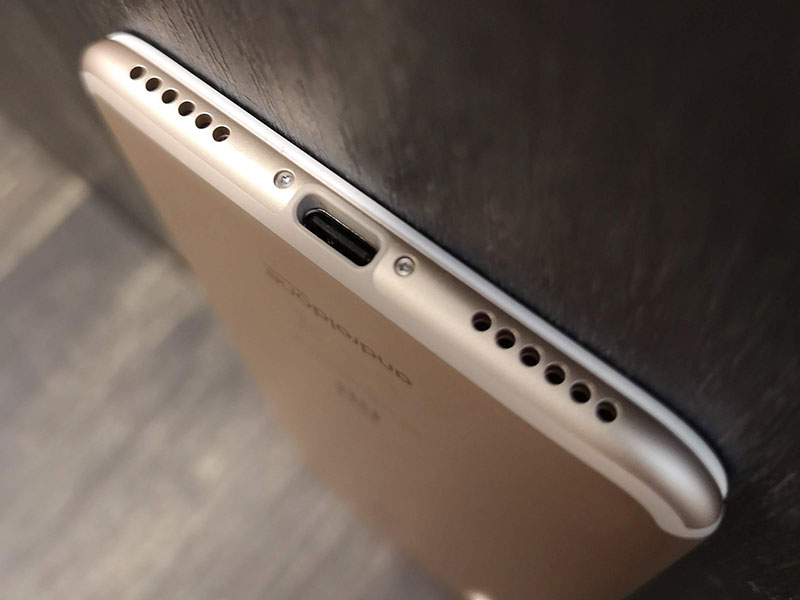