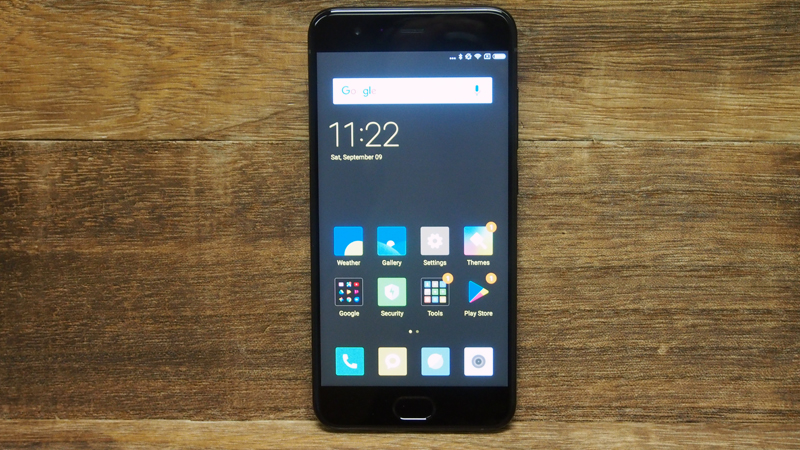 When the Xiaomi Mi 6 first launched in April, it made a huge splash. Initially, it was one of the first phones (after the Sony Xperia XZ Premium) and the first Chinese smartphone to have the Qualcomm Snapdragon 835, a flagship-tier processor that was once scarce in availability. Xiaomi’s announcement also came during a bland season for phones in general, as some of its rivals were releasing 'flagship-tier' devices touting an outdated top-end processor (Qualcomm Snapdragon 820).

Four months on, the phone is officially available in our local Mi stores, Challenger’s online and offline stores, Singtel, and M1. Again, it made its mark, but by being the lowest priced Qualcomm Snapdragon 835 phone officially available in Singapore at S$599 (64GB). The current climate also sees a slew of comparable flagship devices with a chipset identical to the Mi 6, making the competition more balanced and exciting all at once.

Features-wise, the phone can't compete with a Galaxy S/Note series or the iPhone, but Xiaomi makes it up with some cool things, like a dual rear camera setup with Portrait Mode and a water-resistant body.

The Chinese firm feels that they’re on the right track with their phones, too. According to their reports, Xiaomi’s Q2 2017 shipment volume performance saw a personal record of 23.16 million smartphones shipped in a single quarter. IDC confirms it (although their research showed a lower total at 21.2 million), and it places Xiaomi fifth – with Samsung, Apple, Huawei, and Oppo seeing higher shipment numbers in the same quarter.

Is Xiaomi on track for excellence-on-a-budget? Can the Mi 6 hold its ground against other rivals? Let’s find out. 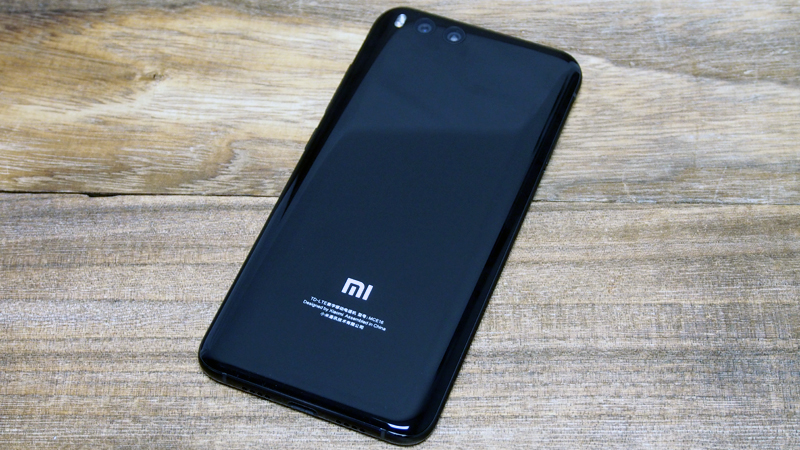 At its announcement conference, Xiaomi took extra effort to highlight the Mi 6’s build quality and design language. They claimed that the biggest design advancement was the "four-sided curved glass" appearance. Specifically, the glass rear curves down on both sides of a corner, as opposed to having the glass curve towards the rim on a single side. This gives the phone its unique rounded corners. 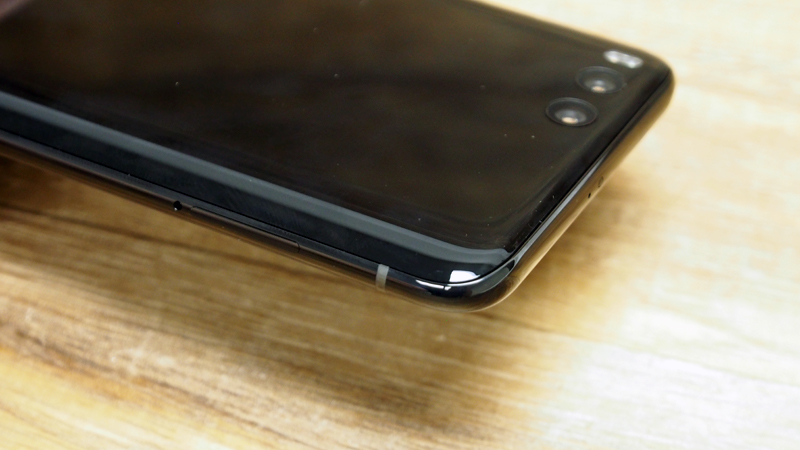 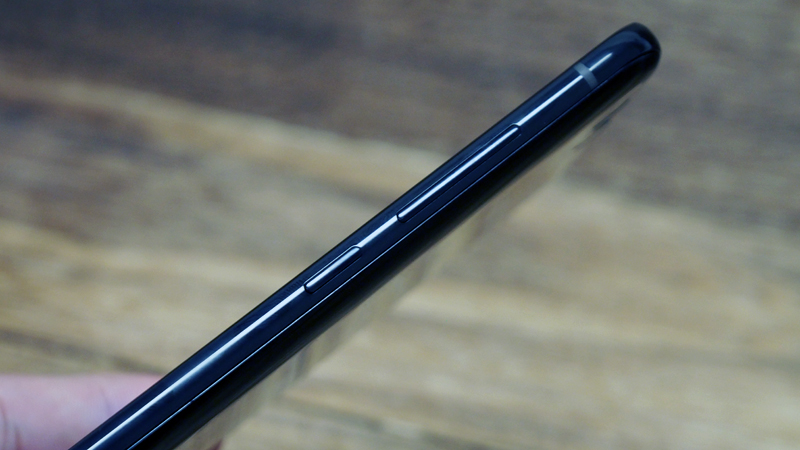 The Mi 6 uses stainless steel for its body, which, according to Xiaomi, was made possible with the help of their partners. The body itself is splash-resistant, which is a nice touch and unexpected for sub-S$1,000 devices. In the front, the chin features a fingerprint slate that doubles as a Home Button, and soft Android keys flanking it. It’s a familiar design with average handling, but it’s not groundbreaking. Since it uses an everyday look, the ergonomics of the phone are equally straightforward – its’ small 145.17 x 70.49 x 7.45mm body makes it entirely possible to navigate most of the phone with just one hand. 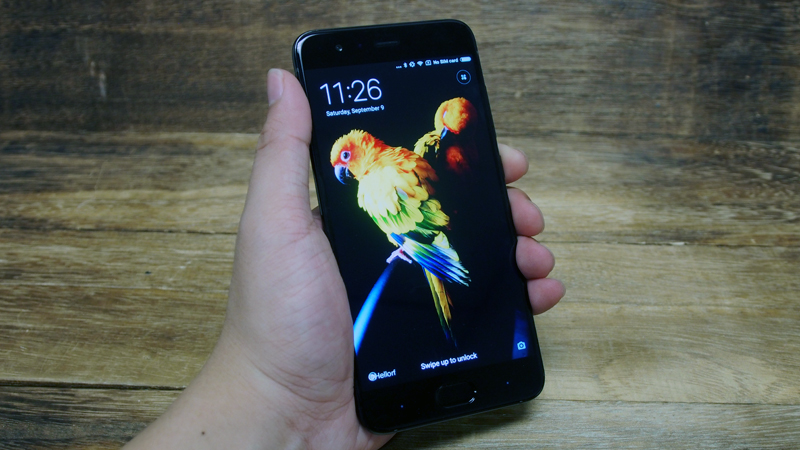 We find that the rest of the Mi 6 resembles your typical iPhone. While it doesn’t win any points for originality in design, having the Mi 6 associated with premium phones would certainly raise its standing despite its asking price. Design preferences aside, It’s a lovely phone for S$599, complete with a flagship-tier build quality and equally premium set of materials used. 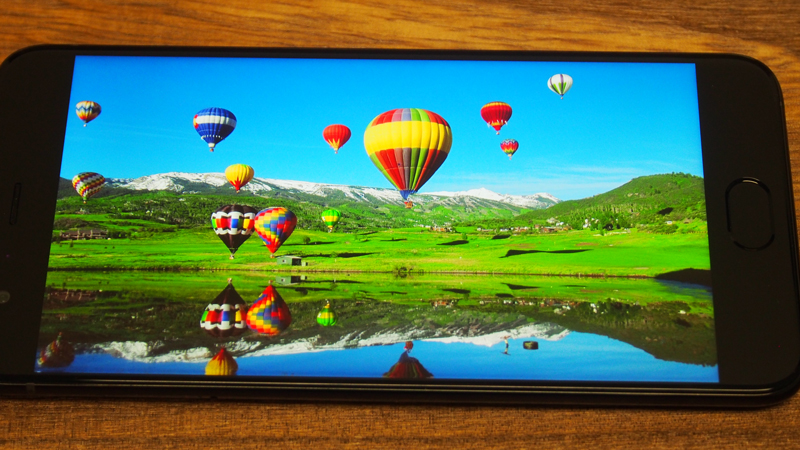 The Mi 6 has a 5.15-inch, Full HD (1,920 x 1,080 pixels resolution) IPS display with a maximum brightness of 600-nits. The MIUI platform offers a bunch of display optimization settings that cater to your needs – Sunlight Mode cranks up the brightness when you’re using the phone under the sun, while Night Mode keeps things dim. There’s also Reading Mode, Color Temperature adjustment, and Standard Mode.

From our test image, we can tell that the Mi 6 offers great clarity and sharpness, with balanced colorization. It doesn’t have the vibrancy offered by AMOLED screens, but it’s still accurate and pleasant to the eye. Detail quality seems average – the patterns and nuances in the hot air balloons are well-rendered, but it doesn’t quite offer the same detail quality when you check out the grassy knoll beneath. 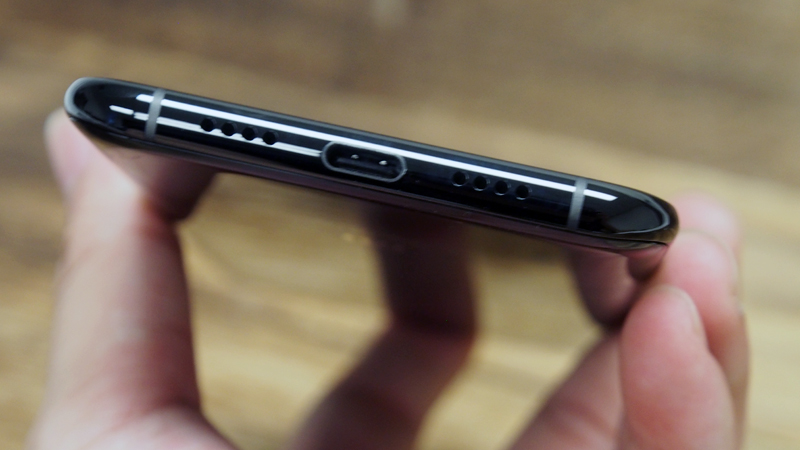 Peering at the bottom of the device revealed its biggest flaw - it's missing a 3.5mm audio port; in its place is a microphone (left) and speaker (right) flanking the USB Type-C port. It’s fine if an affordable phone is missing some pretty features, but a missing 3.5mm isn’t the best idea since it’s still so widely adopted across Android devices. You could rely on Bluetooth 5.0, but that would mean constant pairing and flipping through menus for different playback apps with no plug-and-play alternative. Wireless headphones from recognized brands don’t come cheap either, so if you don't already have one, you are looking at paying from a fifth to double of the Mi 6’s asking price just to plug that gap.

Yes, you could try using a USB Type-C headphone, but that’s another can of worms since USB Type-C transmits digital audio signals while a 3.5mm jack offers analog sound – and that’s not even touching on depriving a charging port for wired audio.

On the other hand, the dual stereo speakers are a nice touch if you like blasting songs; the second speaker also doubles as the call speaker, located at the top, next to the front camera. 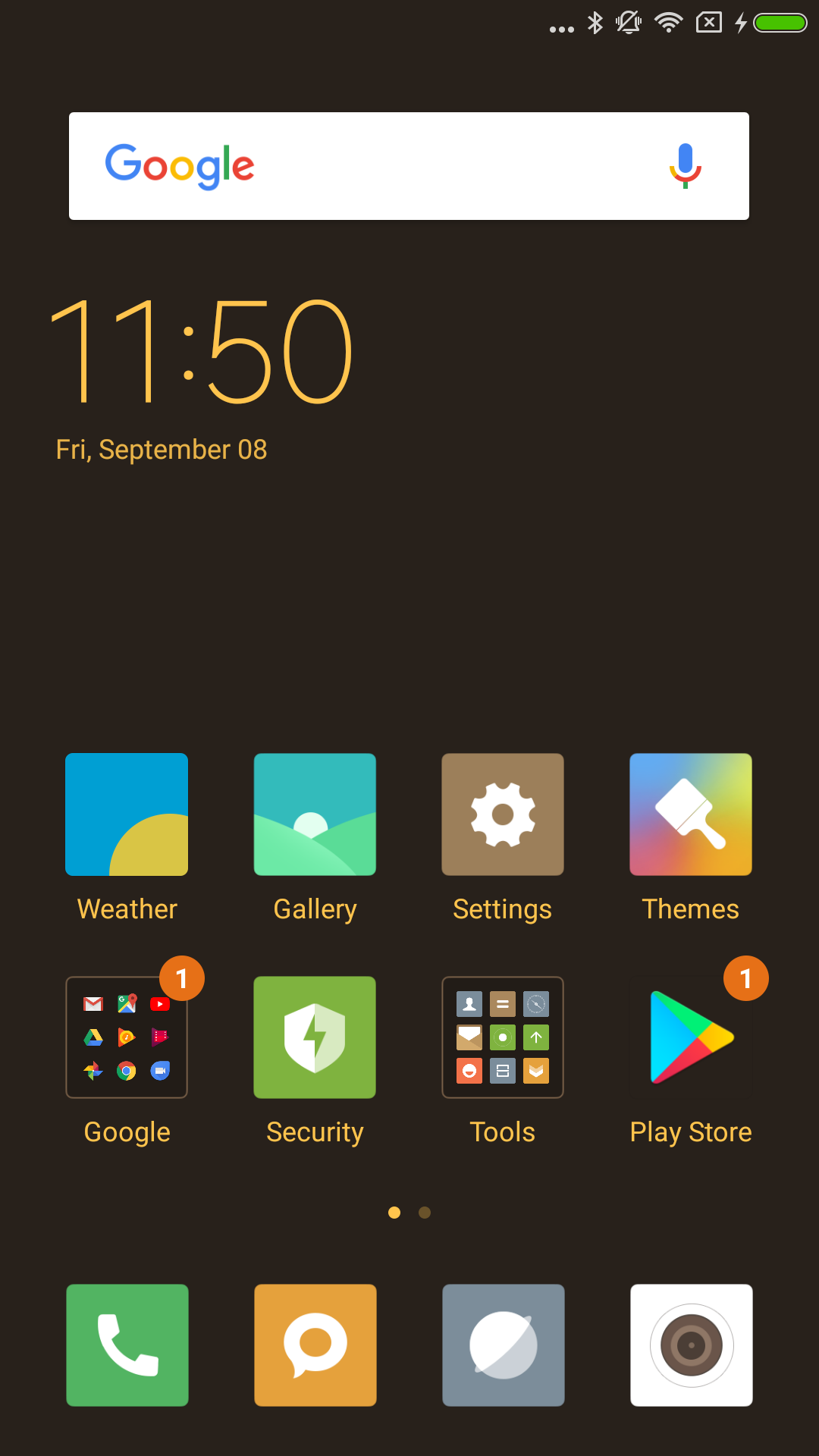 Your Xiaomi Mi 6 should ship with MIUI 8 and Android 7.1 OS (Nougat) with its full set of Google services. Since we’re using a set with its Chinese ROM, we had to flash the Mi 6 to a global MIUI 7 firmware for Google Play and the likes (of course, with Xiaomi’s permission and official approval). Despite the different MIUI versions, the experience remains largely the same (save for some design and layout differences), and it still runs on the same Android base version. The new MIUI doesn’t add the much-needed app drawer for app management either. 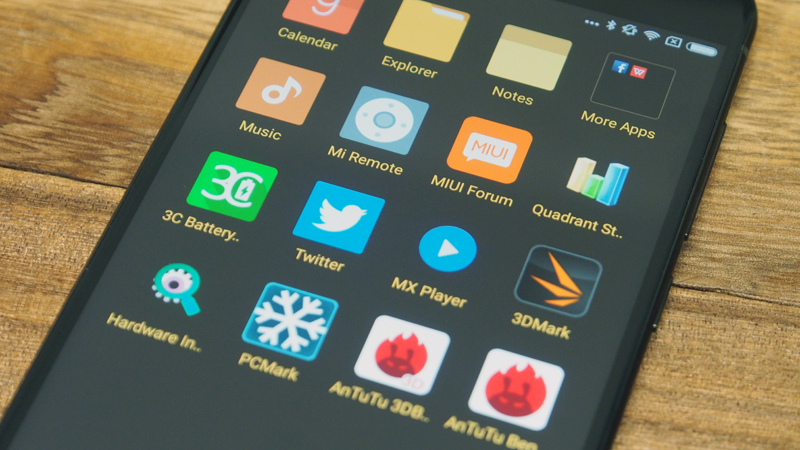 Many of its other features like its water-resistance body, high-quality display, dual rear cameras, and top-end processor are highlighted in other sections. It’s not that the Mi 6 lacks the bells and whistles that prop up a typical flagship device, but instead, it relies on bringing flagship specifications to the table at a much more palatable price point. It’s pretty much a no-nonsense handset if you’re already familiar with Android 7.1 OS and MIUI as a whole.

Write a Review
Compare This | Specifications
Excellent value for money
Genuine current-gen flagship processor
Amazing IPS display quality
Good build quality for its price
No 3.5mm port
Half-hearted water-resistance body
Unoriginal design
Lacking in other software innovation
No expandable storage
Our articles may contain affiliate links. If you buy through these links, we may earn a small commission.
Sponsored Links