Xiaomi Mi 4i: A decent performer that won't break the bank 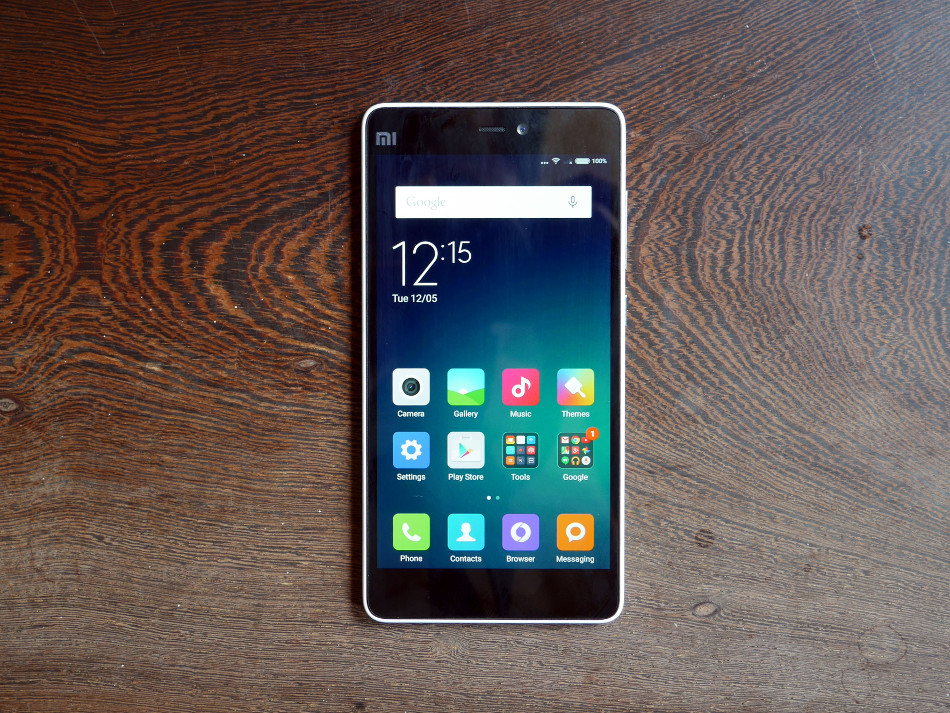 Mention "Xiaomi" and "affordable devices" is probably the first thing that you would associate with the brand. But the Chinese device maker has been hard at work to prove that it can compete with more premium smartphones. The Mi Note, which was unveiled in January this year, has shown that Xiaomi is fully capable of producing something for the more discerning smartphone user.

Now, Xiaomi is releasing the Mi 4i, a 5-inch, Full HD smartphone packed with technology sourced from top suppliers like Sony, Sharp and Samsung. The Mi 4i is actually based on the already existing Mi 4 (which isn't available in Singapore), and was designed specifically for the India market (thus the "i"). Despite being designed specifically for India, the Mi 4i is not exclusive to India and it will be made available in several markets, such as Singapore.

Compared to the Mi 4, the Mi 4i uses a different processor (Qualcomm Snapdragon 615 instead of Snapdragon 801) and only has 2GB RAM instead of 3GB. It also uses a slightly different camera module with a lower tier build. Launched locally for just S$279, these dampened specs should still hold up reasonably and that's what we intend to ascertain in this review of the company's 'affordable' flagship for the masses. If you've read our detailed hands-on article from a few weeks back, jump to the later half of this page where we touch on audio/video matters along with notable updates on the user interface.

The Mi 4i has a minimalist rectangular body with rounded edges and a smooth soft-touch matte finish. Constructed from a single piece of polycarbonate, the Mi 4i feels light and well-made - in other words it doesn’t feel like a plastic toy. At 7.8mm thin, the phone isn't the slimmest around, but it feels about right, and gives the Mi 4i a thick enough profile so that it sits comfortably in the hand. Interestingly, compared to the more 'premium' Mi 4, the Mi 4i is slightly thinner and also 19g lighter. 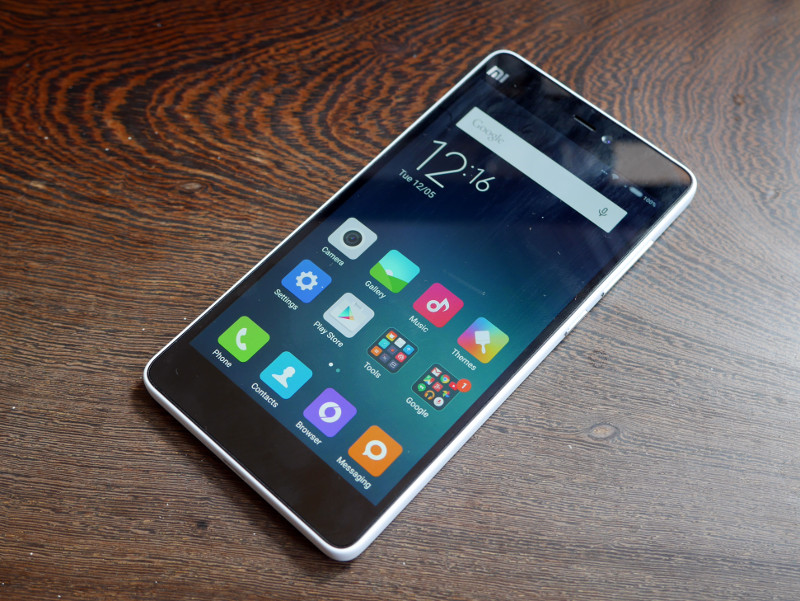 Flip the phone around and you'll see the camera and dual LED flash at the top left corner, and the speaker grille at the middle-bottom of the phone.

Xiaomi has shown five different colors for the Mi 4i - yellow, white, blue, pink, and grey - but for now, only the white version will be available in Singapore. According to Xiaomi, the other colors may be available, depending on demand. We honestly expected a minimum of white and grey given the universal appeal of both colors; here's how the grey edition looks, but unfortunately there's no word on when we might get this color. 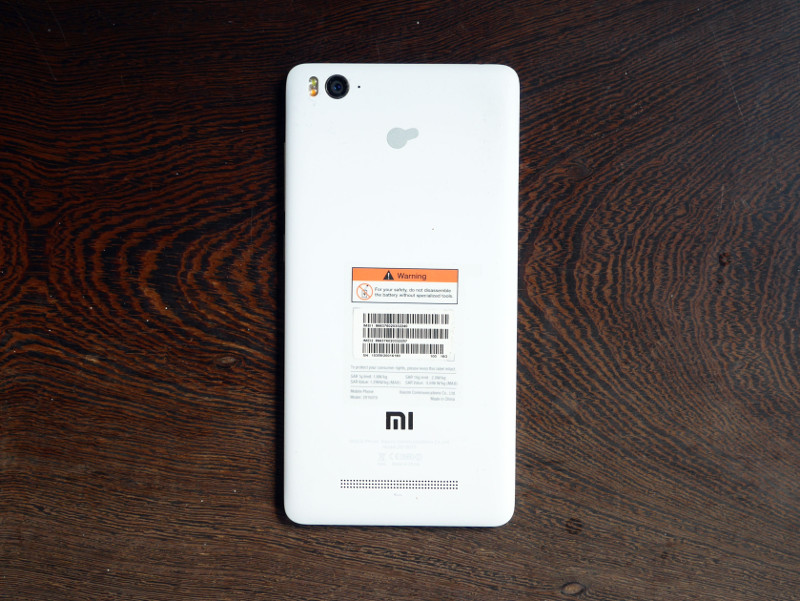 Unlike some other phones, the sides of the Mi 4i are relatively uncluttered. The volume rocker and power button sits on the right side of the phone. 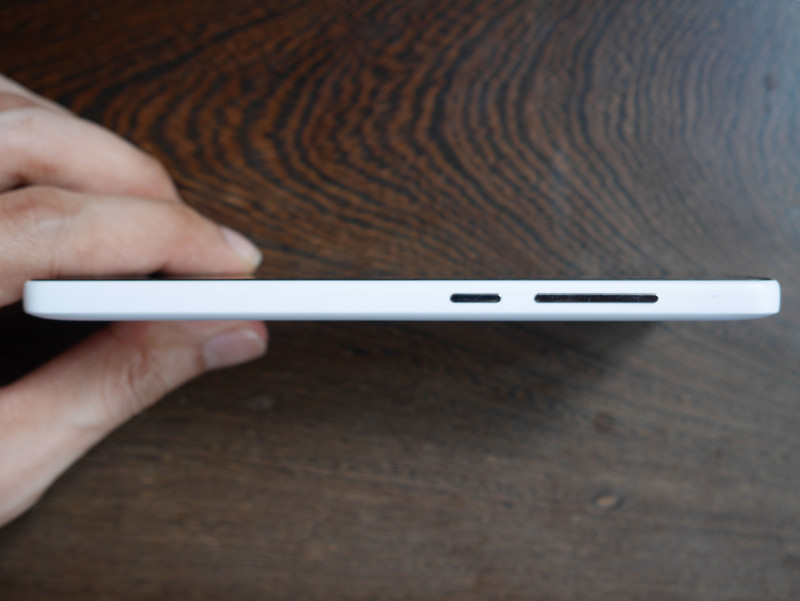 As with most of Xiaomi's phones, the Mi 4i  supports dual micro-SIM cards, and the SIM tray can be found on the left of the phone. The Mi 4i will support both FDD-LTE and TDD LTE so it will work with our local 4G frequencies.

The headphone port can be found at the top of the device, while the micro-USB port sits at the bottom of the device. 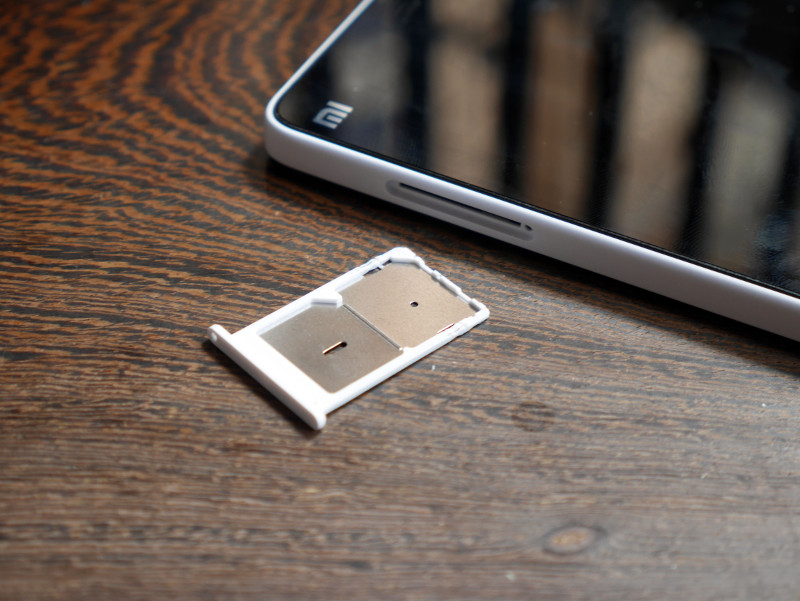 Like the Xiaomi Mi 4, the Mi 4i sports a 5-inch display with a Full HD 1,920 x 1,080 pixels resolution (441ppi). Clarity is excellent and both text and pictures look crisp and clean. Viewing angles were also fairly good. One area where the Mi 4i improves over the Mi 4 is its color reproduction. The Mi 4i is capable of displaying up to 95 percent of colors found in the NTSC palette, compared to just 84 percent on the original Mi 4. This puts it on par with the display found on the Mi Note, as well as other flagship devices. The display is protected by Corning Concore glass. Unlike Gorilla Glass that's a discrete layer by itself, the Corning Concore integrates the touch layer within and as such is custom-made for specific device vendors while having the same toughness as Gorilla Glass 3.

Colors on the Mi 4 were generally accurate, if slightly more vivid than we would like, although they're still not anywhere near as vivid as some of the older Samsung AMOLED displays. Having said that, both color and contrast on the Mi 4i can be adjusted, so if you prefer a more neutral look, it's easy to achieve. The default contrast was quite decent, although the blacks aren't quite as deep as an AMOLED display. 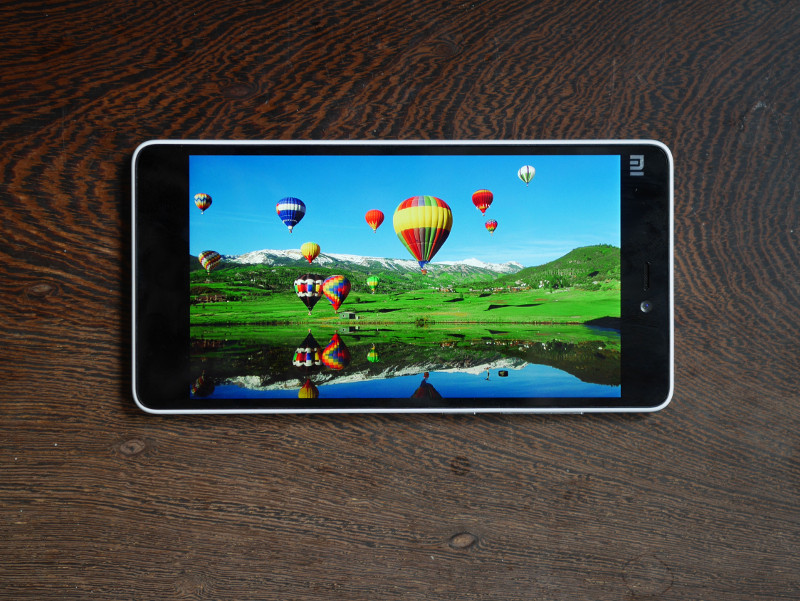 Audio on the Mi 4i comes from the single speaker located on the phone's rear. At full volume, the speakers on the Mi 4i are loud enough to be heard from across a small room but struggles to be as loud as some other phones like the HTC One M9. The sound also lacked depth and the treble was a tad on the high side so we wouldn’t recommend blasting it at full volume if you can help it. Plugging in our earphones revealed that the Mi 4i does pretty well at reproducing details in our 320kbps MP3 files, and you can always tinker with the equalizer to get the desired sound. 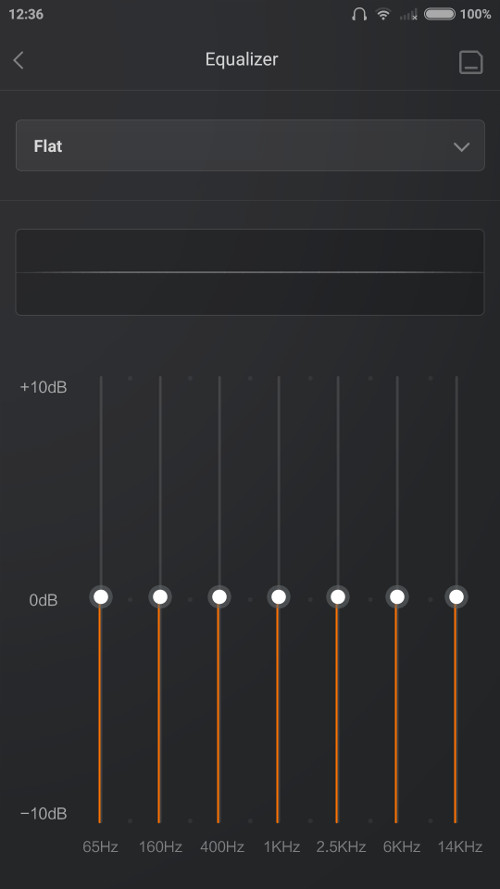 As with all Xiaomi devices, the Mi 4i runs on a custom skin of Android called MIUI. MIUI is at its sixth iteration and looks pretty similar to iOS in terms of looks and function. It’s responsive, and the large colourful icons make it easy to use. The main difference between MIUI and stock Android is the removal of the apps drawer. Instead, all apps are displayed on the homepage screens (just like iOS). We've covered more on MIUI 6 in our review of the Mi Note.

One thing to note about the Mi 4i is that it lacks expandable storage, and the only variant currently available in Singapore is the 16GB version, which may be insufficient for users who are accustomed to storing a large number of music and video files on their phones. Also, if you install lots of apps, there's not much going to be left for your media. MIUI and its pre-installed apps take up about 2GB, so the phone has just 11GB available right out of the box. Let's hope Xiaomi decides to release the 64GB storage capacity Mi 4i here in Singapore. 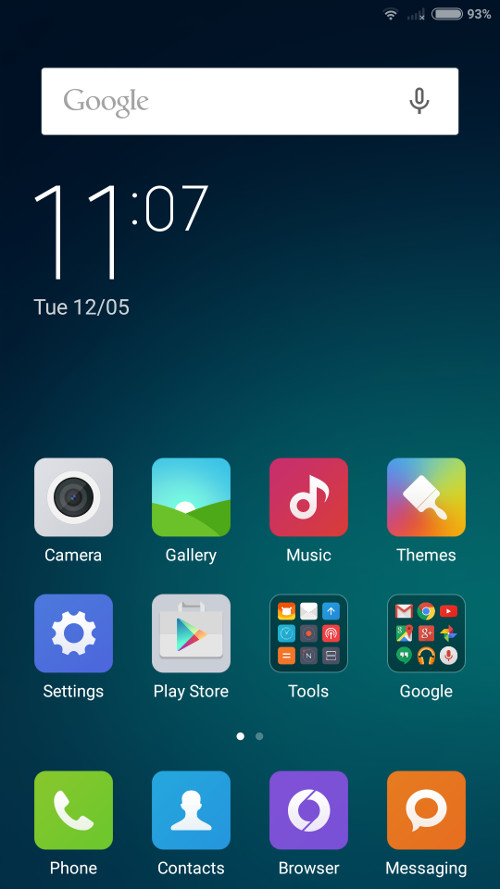 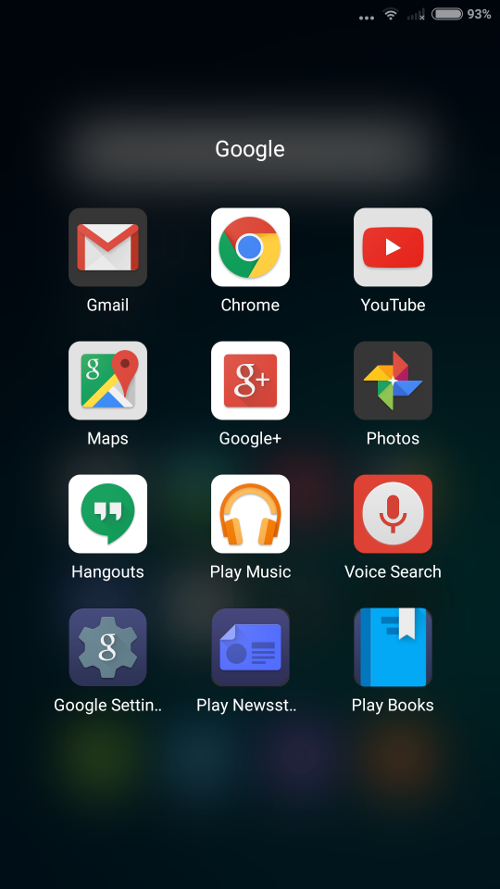 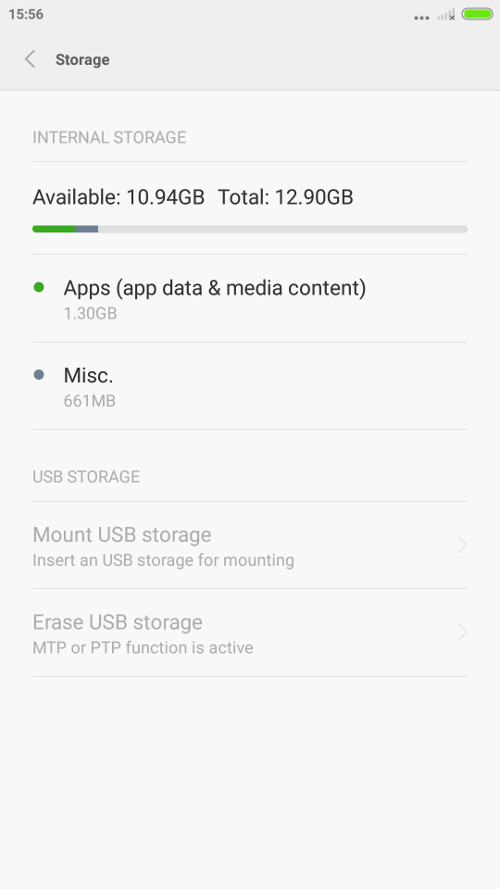