Xiaomi Mi 3 - A Flagship Smartphone That Doesn't Cost a Bomb

Xiaomi may be a new player in the mobile scene here, but its marketing strategies and presence do not go unnoticed. Its midrange smartphone, the Redmi, is so popular among consumers in Singapore that the first batch of stocks ran out in 8 minutes on February 21. The second batch released six days later was snapped up in 6 minutes.

It's not hard to guess why the Redmi sold like hotcakes; it presents itself as an extremely good value for money smartphone and delivers good performance for its price point. Its flagship smartphone, the Mi 3 is selling very well in the Chinese market too. Here's a quick overview of its sales figures for the past few months:

The Mi 3 will be available for purchase tomorrow on Xiaomi Singapore website. Will history repeat itself? Before we contemplate that question, let's take a look at what the Mi 3 has to offer and how it stands among the other Android flagship smartphones. 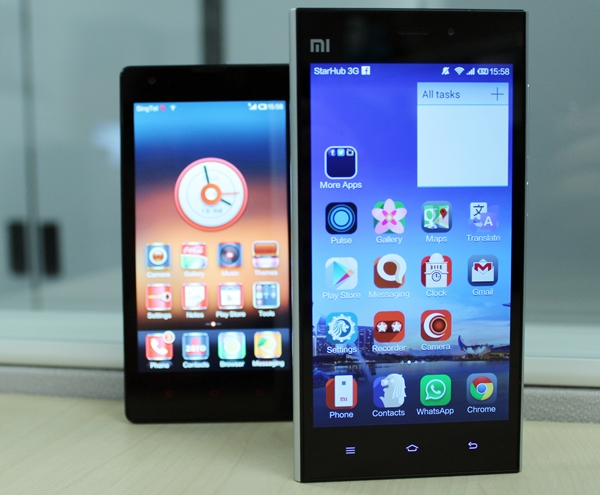 Upon first handling the Mi 3, we felt that it had an uncanny resemblance to certain phones that we've reviewed. It took us quite a while to figure it out, and perhaps you may disagree with us, but the Mi 3 has a similar feel to Nokia's Lumia devices.

The curvy sides of the Mi 3 and the speaker grille at the center bottom section are design trademarks of Nokia Lumia smartphones, especially the older models such as the Lumia 800 and 900. As such, you can expect its handling to be fairly good and perhaps even a tad better than the Lumia devices considering the Mi 3 is quite sleek at 8.1mm and weighs 145g. It is even lighter than the 4.7-inch Redmi which weighs in at 158g. 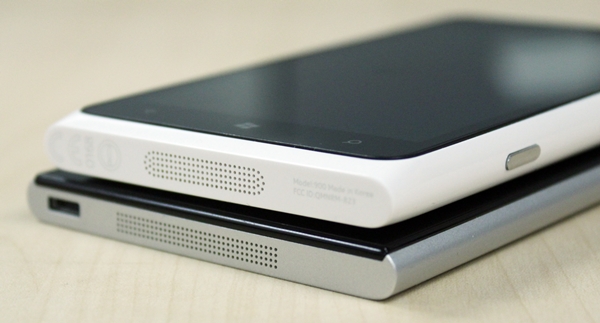 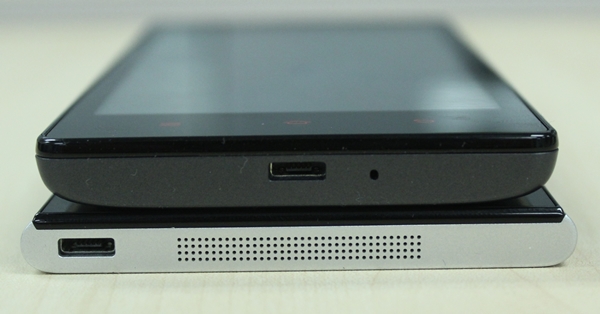 As a flagship smartphone, the build quality and design of the Mi 3 is obviously a rank better than that of the Redmi, and can rival most of the Android flagship smartphones except the ASUS PadFone Infinity and HTC One which have an aluminium unibody that looks and feels premium. Having said that, on first appearances, the Mi 3 also seemed to have an aluminum back. Looks can be deceiving, so we clarified it with Hugo Barra himself and confirmed that it is actually plastic. Yes, you read that right - it's not metal.

According to Xiaomi, the chassis has an internal magnesium alloy structure encased in three layers of graphite. This gives the Mi 3 a solid feel and a "metallic" appearance. The sandblast finish further helps to keep the Mi 3 looking clean even after using it for a week; fingerprints and smudges aren't obvious and to most, you probably can't spot it. 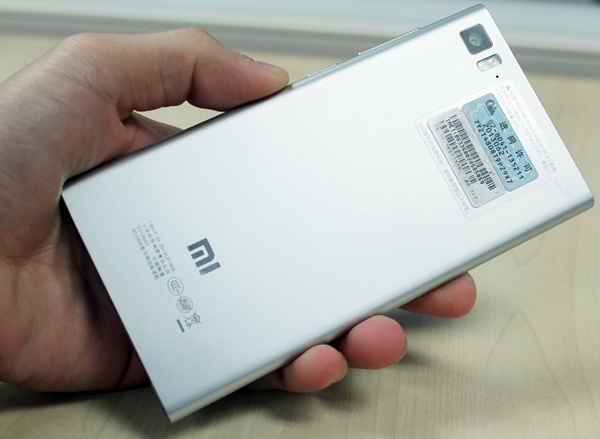 Unlike the Redmi, the Mi 3 does not have a removable back cover and battery. Perhaps Xiaomi wants to maintain the elegant design of the phone and does not want a removable cover to break the uniformity. The normal-sized SIM card slot can be found at the top center section of the Mi 3. There is also no memory card slot to further augment the 16GB internal storage capacity of the Mi 3. Out of the box, the Mi 3 comes with 12.28GB of available storage space to install apps and store multimedia files. 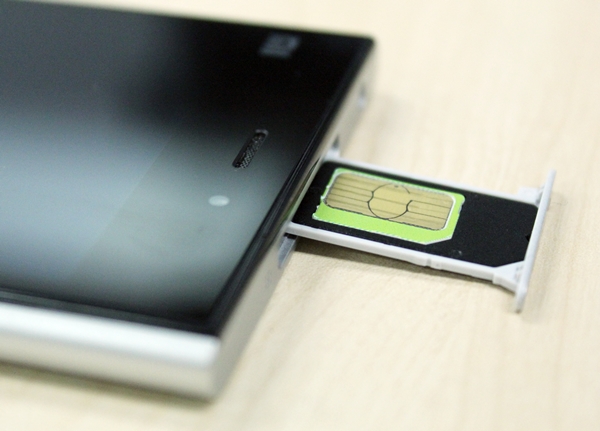 The Mi 3 also has the standard three capacitive navigation buttons located below the display, but unlike the value-oriented Redmi device, Mi 3 comes with backlighting. You can turn it off or determine the duration of the the backlight if you think it is unnecessary or further preserve power draw. You can access these options via Settings > Buttons > Button Light or Button Light Settings.

The small notification LED that resides below the home button on the Redmi is shifted to the right side of the front-facing camera above the display. You can set it to light up in any of the 7 colors (blue, red, yellow, green, cyan, white and violet) for notifications, calls and messages.

The Mi 3 comes with a 5-inch Full-HD (1,920 x 1,080 pixels) IPS display, which is on-par with almost all the Android flagship smartphones we've seen so far including the recently announced Samsung Galaxy S5 and Sony Xperia Z2.

We find the display to be as good as most of its competing peers, but it is not as bright as some of the other phones. In addition, its anti-glare coating appeared to be ineffective when using the phone outdoors as we had to bump up the brightness to 100% to read content comfortably.

Xiaomi also includes a Glove mode for the Mi 3, which makes the display more sensitive; this allows you to navigate the interface even when wearing gloves, ideal in harsher temperate climate. This feature can be enabled via Settings > Display > Glove mode. You can also adjust the color temperature and saturation of the display, an option that is also present in some Samsung mobile devices.

The Mi 3 ships with MIUI V5 OS (JXDSGBA8.0) which is based on Android 4.3 Jelly Bean. We've a detailed explanation on what is MIUI and the top five features of the platform in our review of the Redmi device, which also uses the same OS. As such, we will not be discussing these aspects again. Since MIUI is a new interface for most users in this part of the world, we're currently working on a separate article to explore more features of MIUI V5. Stay tuned to HardwareZone for more information on that next week!

Write a Review
Compare This | Specifications
Good design and handling
MIUI offers endless customization options
Good imaging quality
Great value for money
No memory card slot
Lack of 4G LTE connectivity
Display can be brighter
MIUI can be overwhelming; takes time to fully absorb its capabilities
Our articles may contain affiliate links. If you buy through these links, we may earn a small commission.
Sponsored Links